Monday’s session was fairly straight forward as it was an inside day within a potential inside week/high level consolidation context. Basically, the RTH session was confined to 3059-3027 range which is about 1%. In additional, as you may be aware by now, the average range per day has been narrowing for the past few weeks due to this methodical grind up and slower momentum when compared to Feb-April 2020. As previously discussed, the recent action is very similar to year 2019 as we’re seeing flashbacks from all the market tendencies of the easier overnight grind up and then chop around during RTH. (nowadays, most gains have been made during globex vs RTH, hence easier setups during the overnight as discussed)

The main takeaway remains the same from the end of May given that the bulls accomplished their key goal by ending the May monthly closing print at the dead highs in order to enhance the odds for upside momentum. The bulls did what they had set out to do since April because it’s been an on-trend upside breakout back to the 61.8-78.6% fib retracement of the entire drop (3397.5-2174 range). As discussed, the bears ran out of time as they failed to capitalize on all breakdown setups and the bull train has been on an accelerated phase riding the daily 8EMA upside alongside with price action hovering above the 200 day moving average. All this is buying time for things to catch up and elevate even more by resetting price action, internals and momentum...etc

Monday closed at 3053.3 as an inside day around the range high area of the past few days. The overnight produced a decent long setup in the 3035-3040 region for the higher lows and higher highs play as the overnight bulls hit a high of 3075.5 which is just under our key level 3078 so it means that price action has been acting very methodical lately during the globex sessions. 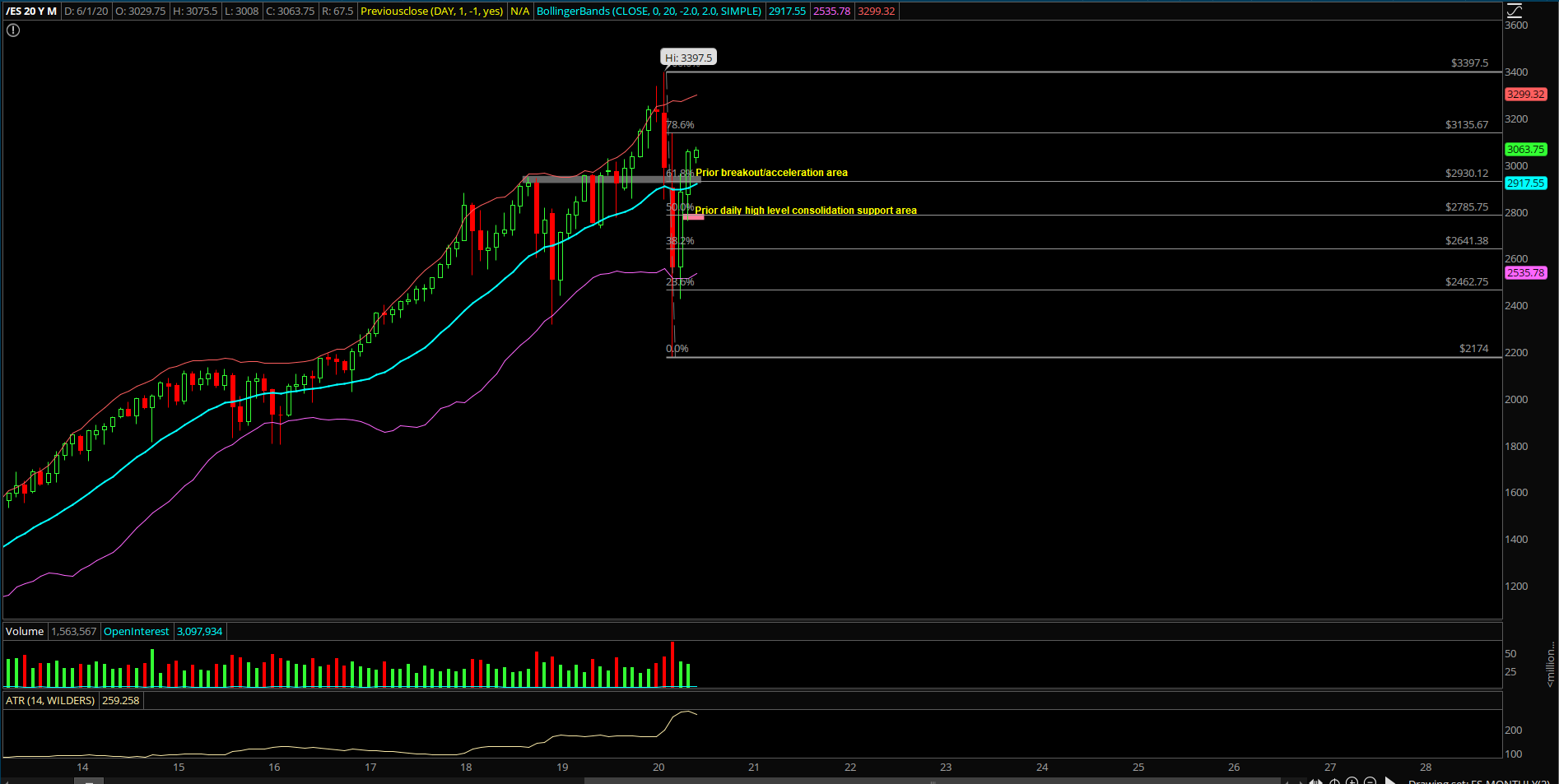 ES JUNE2_REVIEW7_PRO
Ricky Wen is an analyst at ElliottWaveTrader.net, where he writes a nightly market column and hosts the ES Trade Alerts premium subscription service.