As the metals have been pushing higher of late, our primary expectation of the GDX has been that this move up is a 4th wave, whereas silver and GLD both have “potential” of having struck their lows.

In the GDX, most specifically, as long as hold over the 19.90 level, we can continue pushing higher towards that 22 target for this wave iv.  However, should we break below 19.90, and follow through below 19.70, it certainly points us back down to 18.20 for the more expanded b-wave discussed last week and over this past weekend.  Nothing has changed in this regard, but the sub-structure does look like the market want to continue pushing higher, even if we do loop down one more time to test 19.90.

But, ultimately, I still have not seen anything to suggest that GDX has likely bottomed just yet in a meaningful way, especially as long as we remain below 22.

When it comes to silver, it is really on the edge right now.  It is peeking up through the current upper trend channel, but the techncials have not confirmed this is the heart of a 3rd wave just yet.  Most specifically, we often see such moves wherein a chart will push through its lower trend channel to move into a more accelerated trend channel during the heart of a 3rd wave.  And, should silver prove itself to be in a 3rd wave, it should be exploding into that upper channel very soon, with the MACD providing evidence of the strength of such a move being a 3rd wave.  If this will be seen, I don’t think it can dilly-dally much more.

So, not much has changed this week, and the metals may still attempt to push higher to complete this current rally.  Ideally, it can still last into the end of the year before this rally completes (assuming we hold upper support), which will then likely lead to a decline into 2019, which is the exact opposite effect we have seen for the last three years.  So, if we hold upper support in the next days, the market may provide investors with a bit of a surprise. 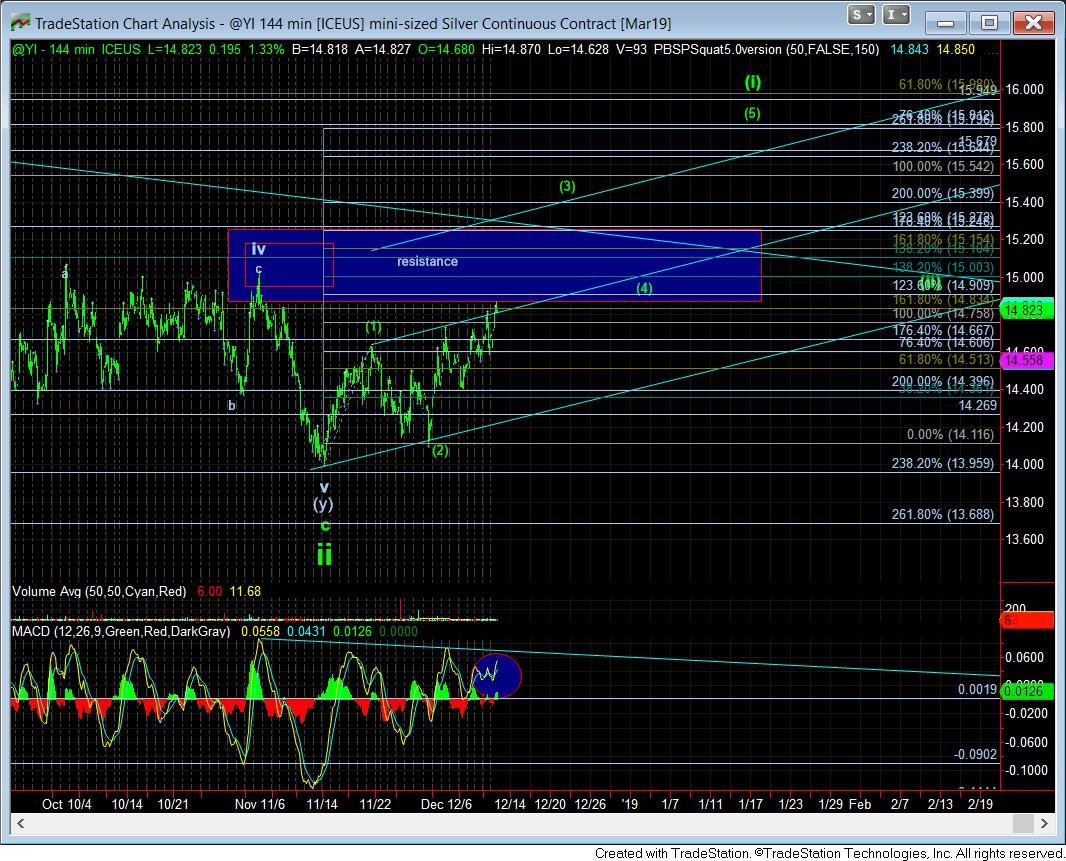