When the markets barely move and probabilities remain stable, then there is very little to add to daily thoughts: The odds still support a pullback in the SPDR S&P 500 ETF (SPY) to the 294-296 region before making its next decision.

Does SPY hitting 296.99 on 10/18 still count as the 296s?  Technically, yes; so we may need to risk manage this week.  Signals are real time, so we won’t know for sure until we all get notifications.

Regarding a slightly zoomed out view, consider our paths: (1) With a probability of 63%, SPY bottoms above 288 and moves to all-time highs, with a target in 310s that has been mentioned in these daily thoughts for months now, and (2) With a probability of 37%, SPY breaks 288 and sees as low as the 240s (and there doesn’t seem to be much support in the 270s and 260s).

Note:  Yes, the bulls have the slight edge in probability terms at the paths laid out above.  However, the swing short trade still makes sense as the probability of seeing the 292-296 range before a sustainable move higher is 65%.

Bottom line:  Bears need an aggressive move lower and very soon, or the bulls have a real shot of pulling this up to the SPY 310s in November.

In metals, the mini-bullish move over the last several days still presents as weak, but if a corrective pullback is seen off recent highs, then that would be constructive to finally getting back long.  Otherwise, we continue to look for one more low.

For now the bears hold a modest advantage at 54-46%, not enough to take a swing trade ... yet. I will still carry this forward as something to keep in mind.  Support clusters do reside lower (GDX 25s and GLD 135s, but doesn’t mean they need to be hit. 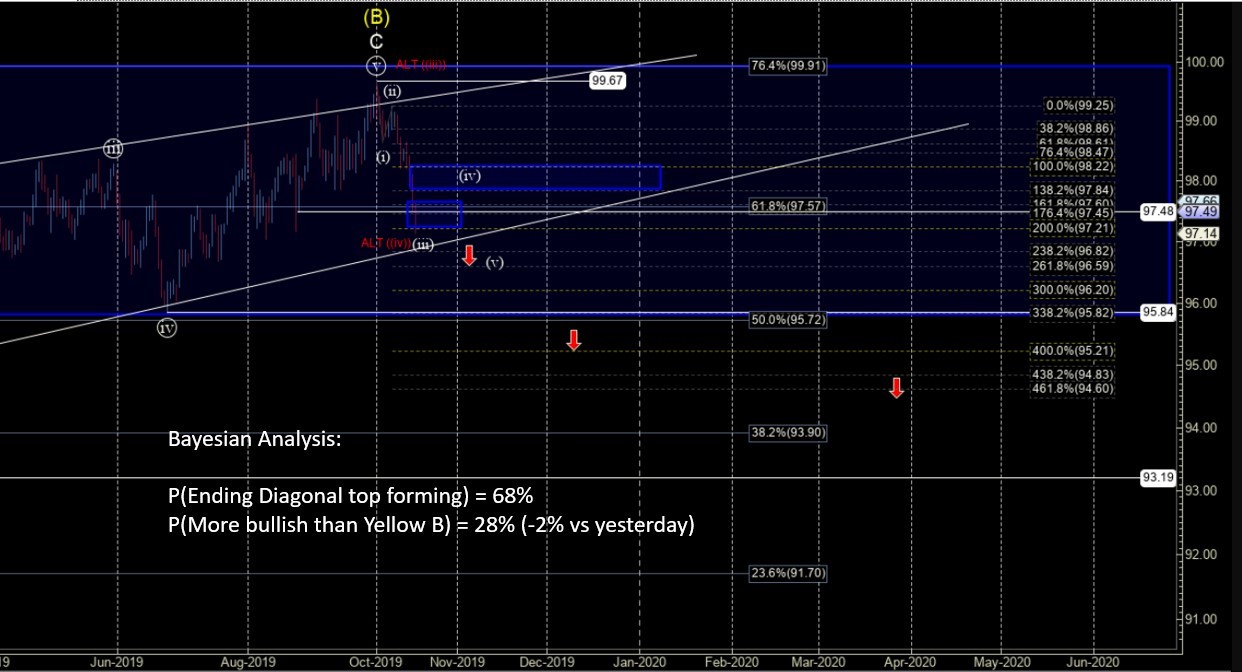