Monday’s session played out pretty much perfectly as it was just a textbook range day abiding by the rules. If you recall, last Friday formed the temporary top at the 3190s support  on the Emini S&P 500 (ES), and Monday was all about forming the subsequent higher-lows setup. Price action bottomed out at 3207.25 in the morning swiftly after the RTH open, and the rest of the day was spent as a slow grind up.

The main takeaway from this session is that the run towards 3250 was accomplished overnight, and market participants got what they wanted by taking profits and backtesting now towards 3210s-3220s for the next higher-lows setup. The rest of the week is more of the same as the price action is just forming a base here vs daily 20EMA in order to ramp up higher eventually. It would need a decisive breakdown below last week’s low to entice real bears to come back into town and showcase their strength.

Monday closed at 3234.5 in the ES, around the high of the session and also around the high of Friday. Overnight price action did what was expected with the run towards 3250, which then got rejected at the 3246.75 high as we took profits on our short-term long position with some anticipated pre-determined levels at the highs. 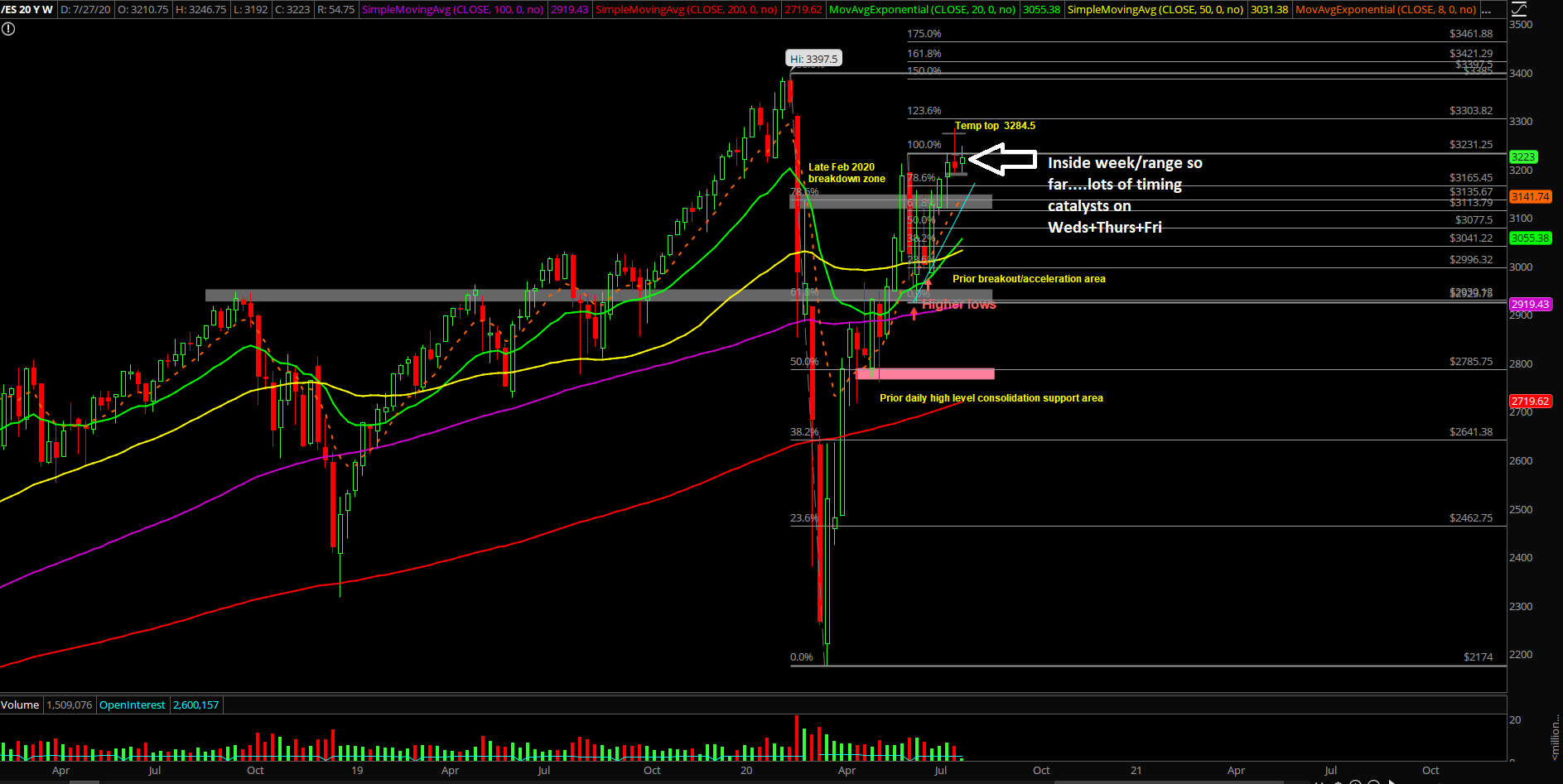 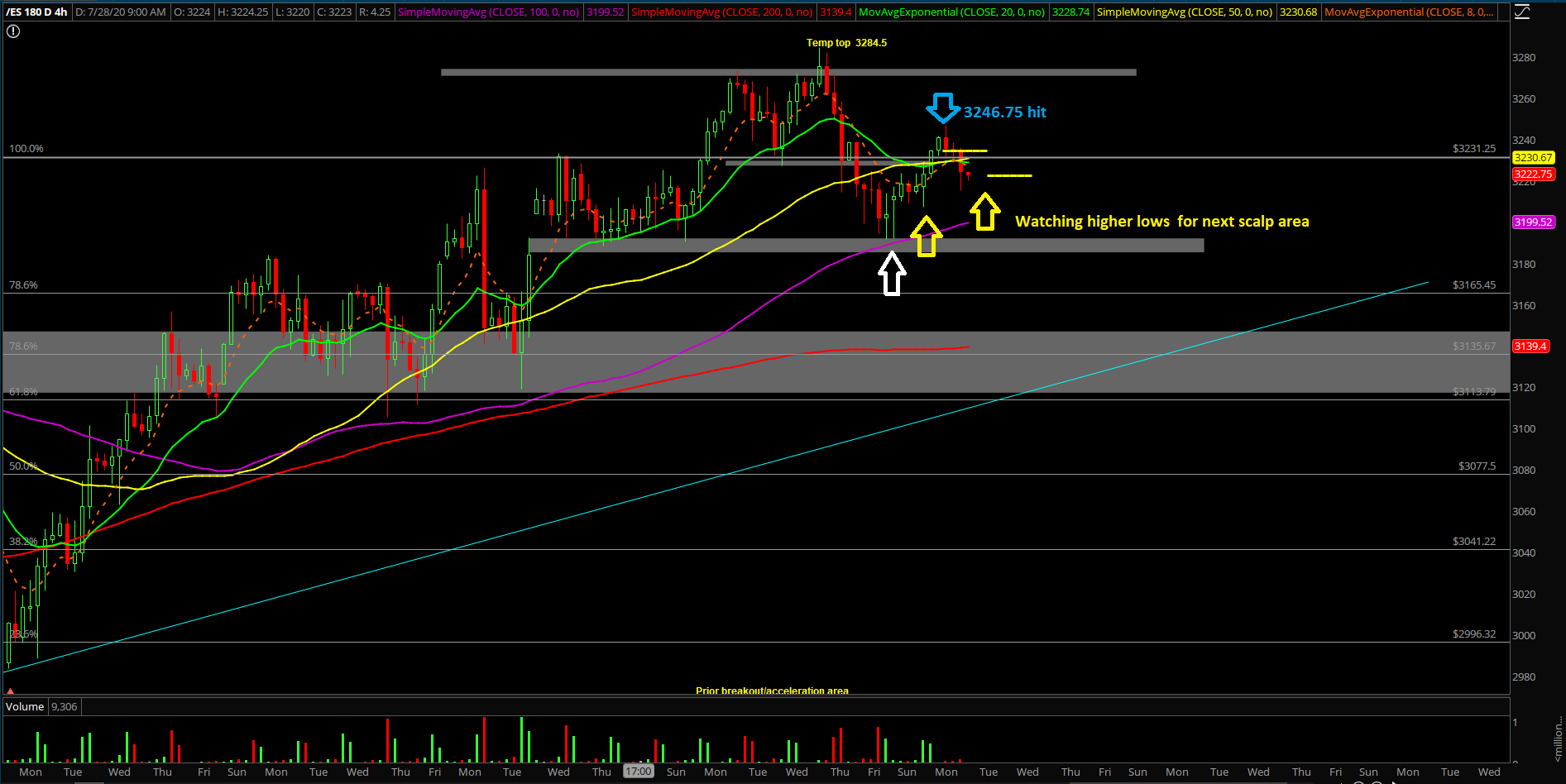 ES JULY28_REVIEW4
Ricky Wen is an analyst at ElliottWaveTrader.net, where he writes a nightly market column and hosts the ES Trade Alerts premium subscription service.