It appears our Bayesian Timing System (BTS) was correct in looking down to the 290-291 area in the SPDR S&P 500 (SPY) before higher.  Our primary multi-week view is bullish -- here are the most likely paths:

There's a 19% probability that SPY begins an ugly breakdown below 285.

Further, I would add that the vibration window (moment in time that serves as price resistance or support) identified nearly a month in advance did play out yesterday on Jun 26 with a relative low –- let’s see if it holds, as the "official" vibration window is Jun 26-28.

In metals, look for chop for the next 1-3 weeks, as our primary multi-week view is neutral.  A BP cluster is in the 130's in the SPDR Gold Shares (GLD), which has led the metals charge.  That could set up at least a trade higher.  Below that and the 128s would come quickly and below that is 124 (with doubts of a multi-month bull).

For the moment, the BTS stands by its assessment that much below 124 and sadly this could be another "fake out break out."

In the dollar, the UUP finally got its move lower late last week –- and as mentioned in these daily thoughts the trigger level was 26.10 that finally failed and a vibration type of move was seen on 6/21.  In order to maintain this run lower, however, 25.75 needs to be taken out with some authority, as failure to do so provides that running start back above the May 2019 highs (near 26.50). 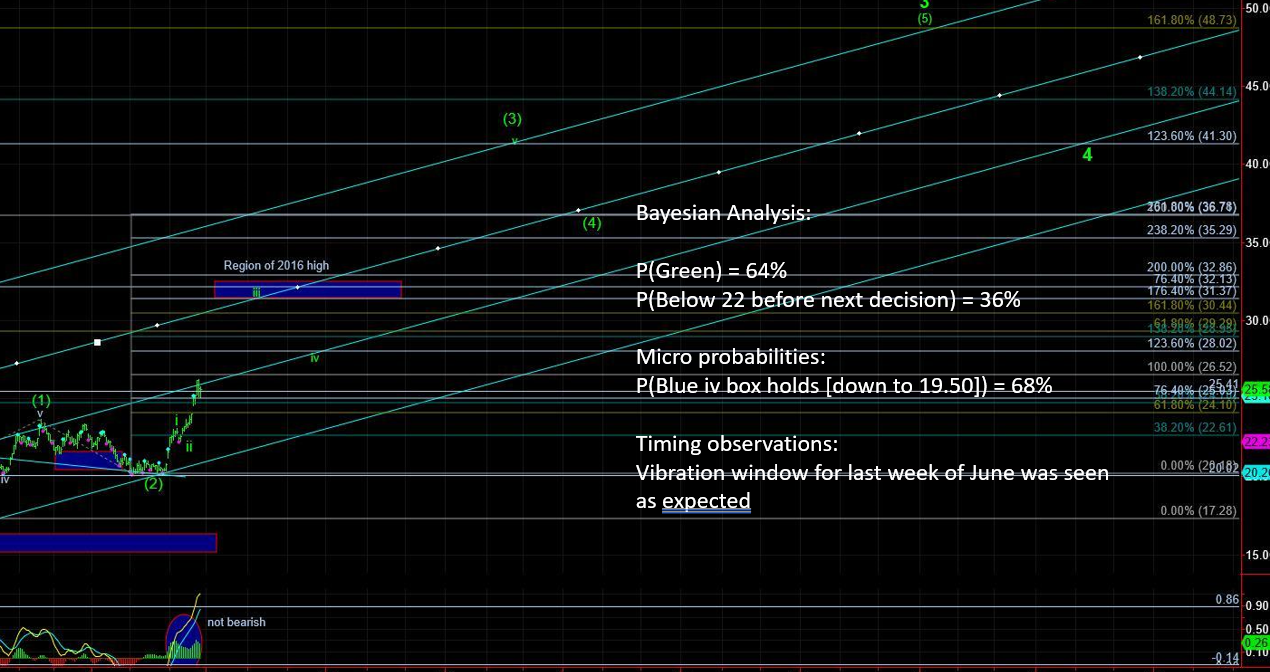 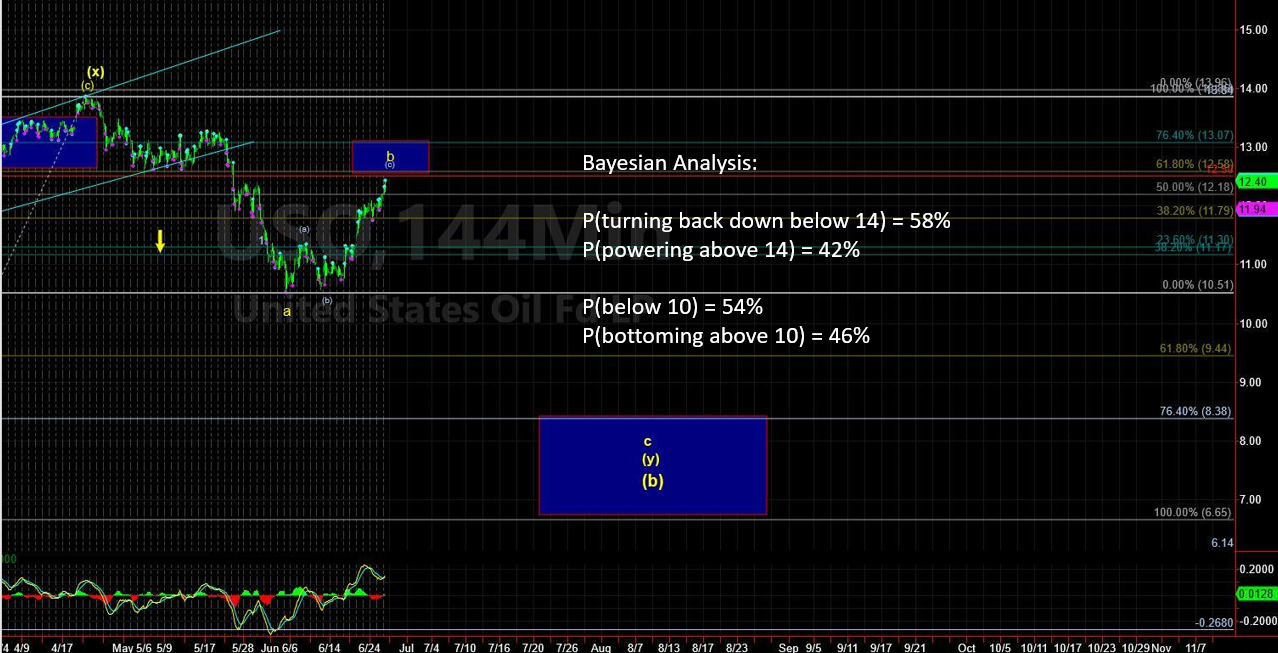