Wednesday’s session played out as an inside day as the "gap up and go" could not be sustained in the morning so the price action was confined within Tuesday’s range.

If you understand our thesis, the past 3 days has been playing a bullish consolidation pattern given the ongoing bull train/trend setup above daily 20EMA. This allows the market to trap in more market participants and then ramp higher. It’s a feedback loop of bears trying numerous times on breakdown, but they have failed countless times in the past few days/weeks. Every single backtest of daily 20EMA have been bought since the April 6, 2020 breakout. The bears are now running out of time based on our odds calculation and the current market structure as we head into Friday’s weekly closing print.

The main takeaway remains the same from the prior report that the intraday bulls had a textbook gap up and go structure, but after the RTH open when the countertrend bears mounted a successful attack in order to disallow the bulls from IMMEDIATELY continuing the trend higher.

This meant that bears are not truly dead yet as it’s still an ongoing battle within this consolidation zone, but they are fighting a losing battle given the bigger timeframes such as daily+weekly charts. Please be aware, the longer this consolidates/bull flags, then the chances become higher and higher for the ongoing bull trend/train given the context and momentum of the past few weeks. Bears are the ones running out of time right now, looking for an immediate reversal to the downside every single day and have been failing miserably at it.

Wednesday  closed at 2834 on the Emini S&P 500 (ES), around one of our key pre-determined levels at 2830 as the intraday bears sold off the market in the final hour of regular trading hours going from 2860 to 2830 swiftly. The daily chart timeframe is structure is quite easy. Price action is trending above daily 8/20EMA as bulls held key support on Monday and has bounced +100 points since then. 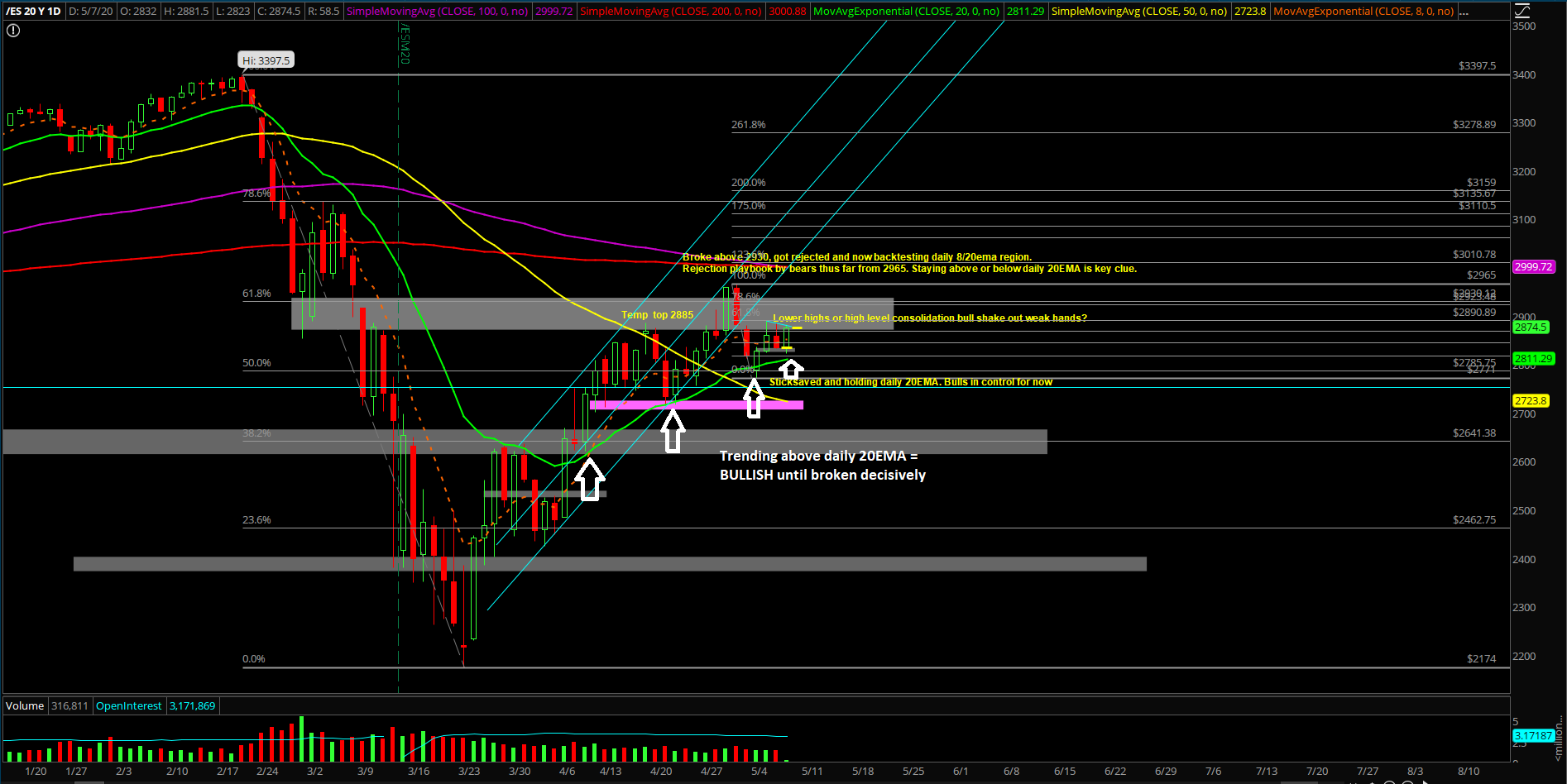 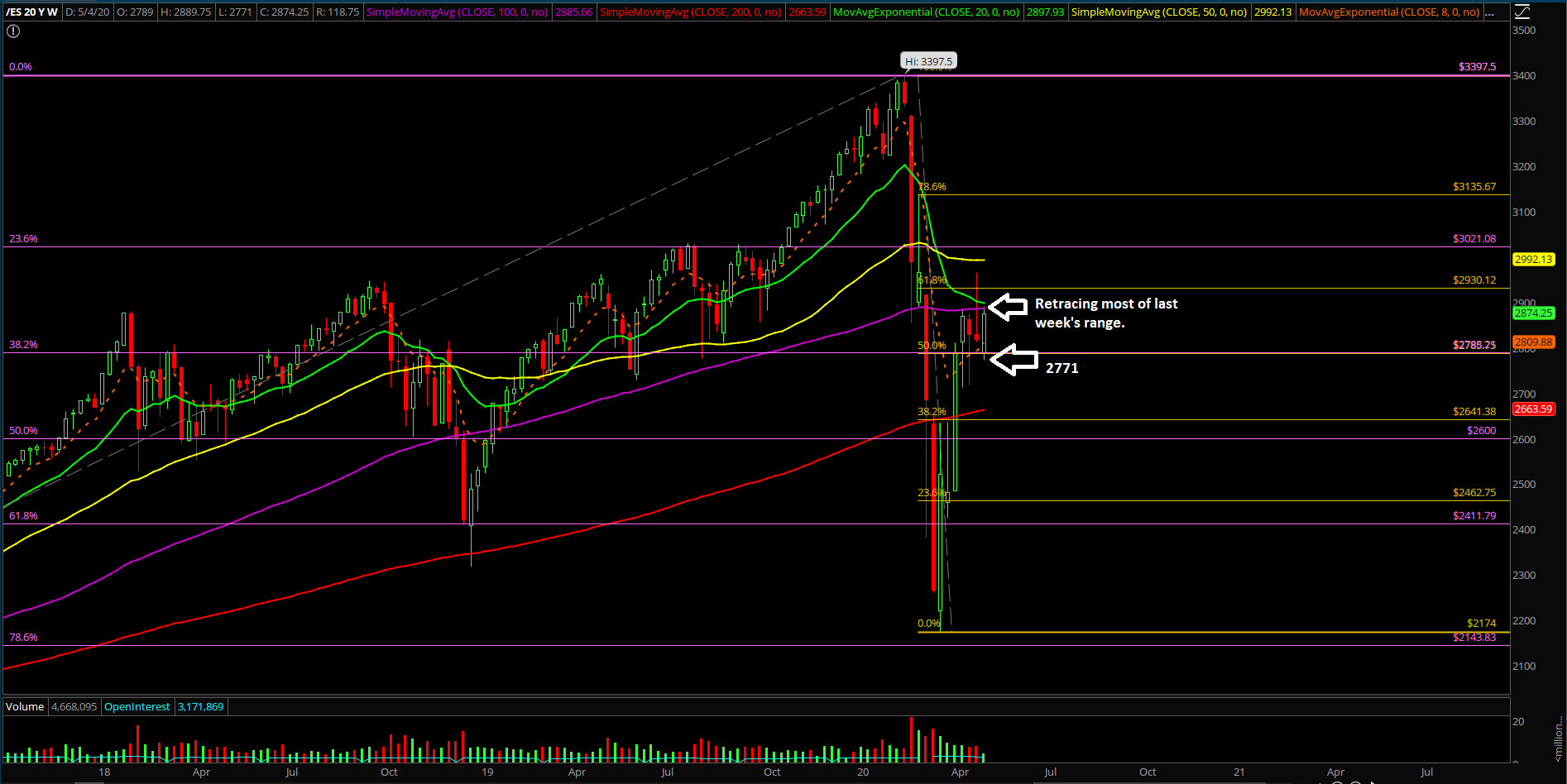 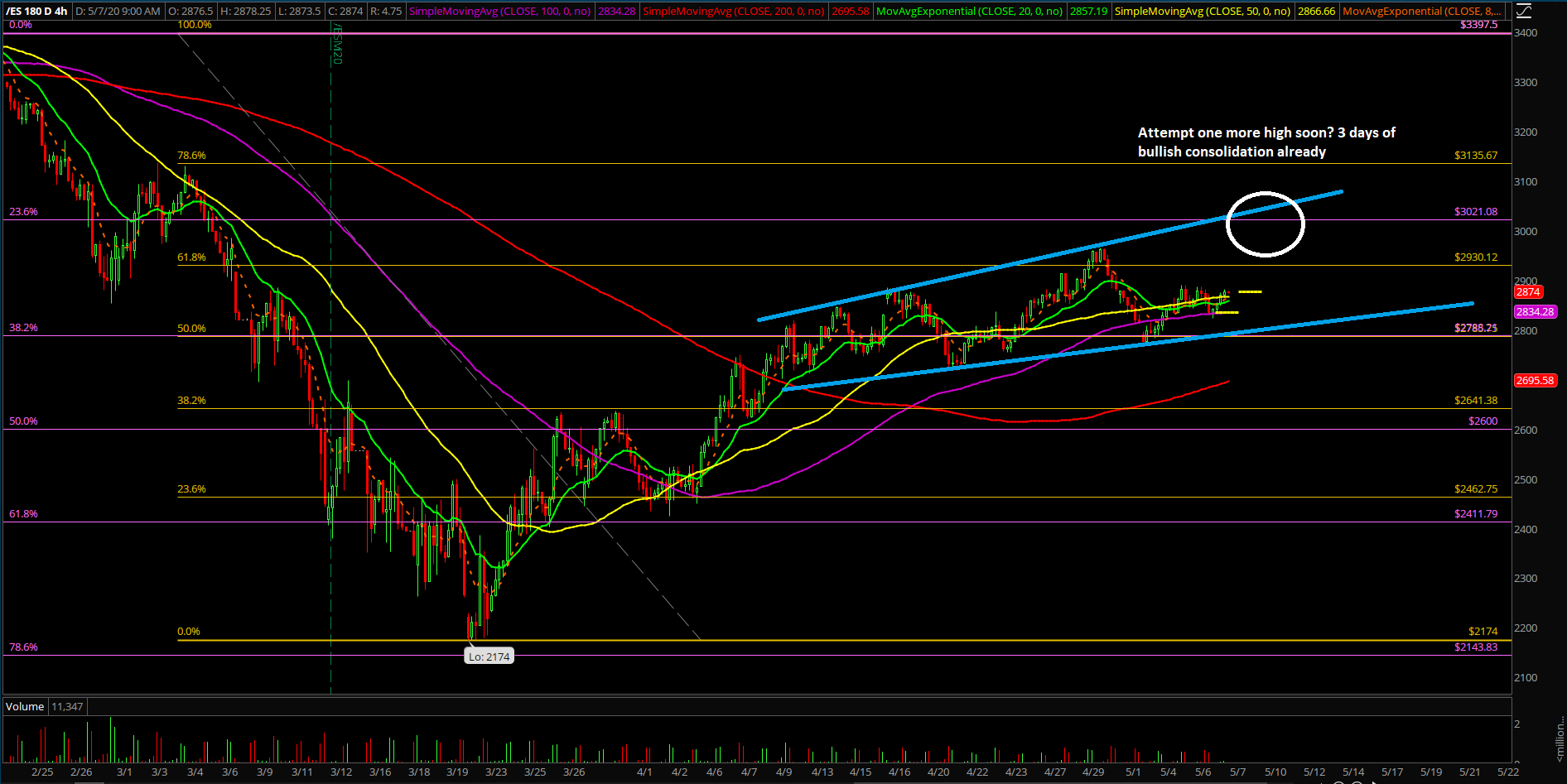 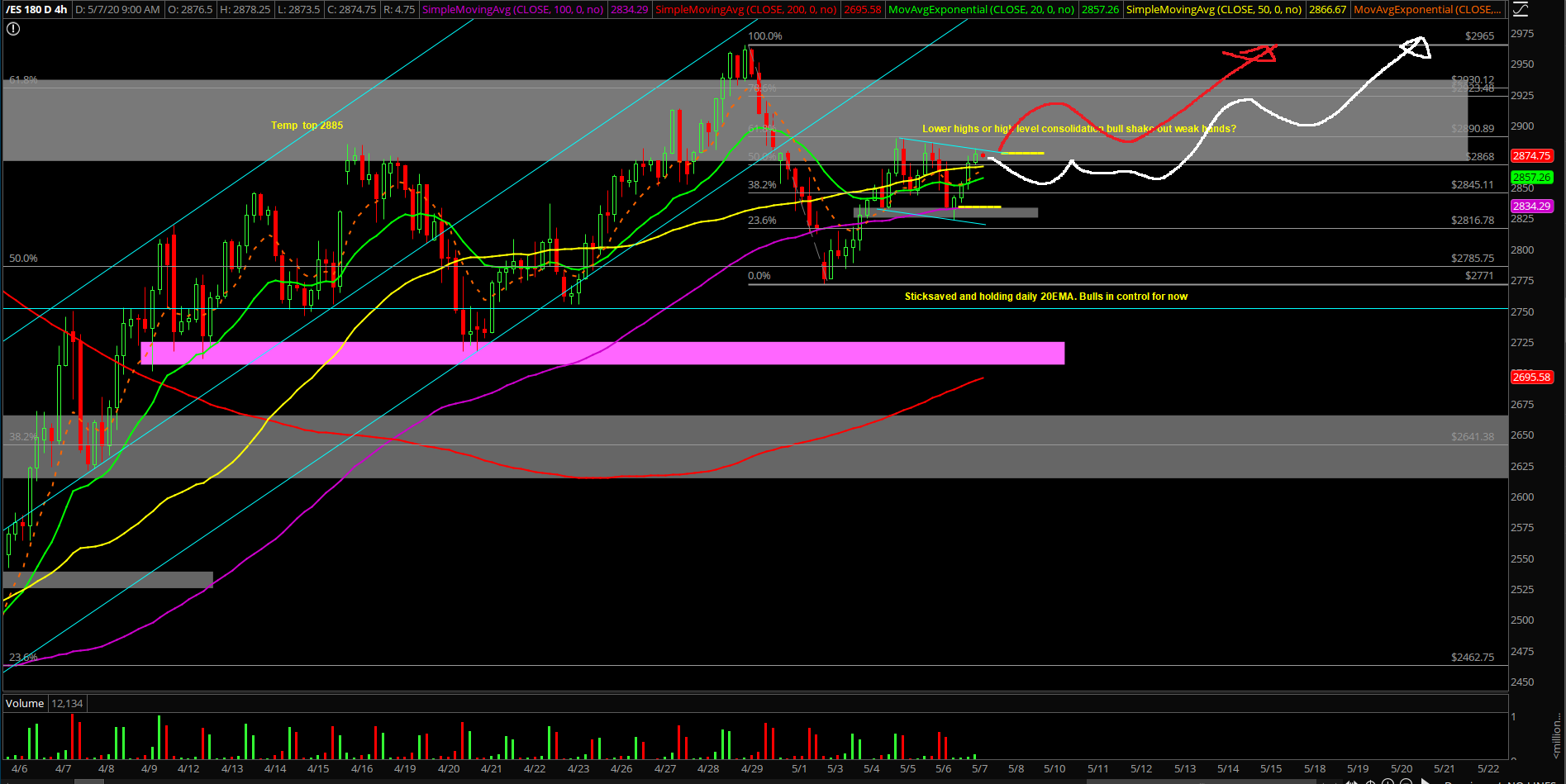 ES MAY7_REVIEW5
Ricky Wen is an analyst at ElliottWaveTrader.net, where he writes a nightly market column and hosts the ES Trade Alerts premium subscription service.