The second week of 2020 went somewhat according to our initial expectations heading into the week as the price action showcased the rangebound playbook during the early part of the week and the adapted. If you recall, the market made an executive decision during midweek Wednesday by establishing a massive bull engulfing candle that stick-saved against one of our key trending levels (3177) with the 3181 weekly low. This led to a quick V-shape recovery back into 3265~ prior all time highs and then the subsequent breakout into the continuation targets toward 3280/3300.

The main takeaway from the week was that the bull train remains quite resilient and doing everything in its power to uphold the ongoing daily8/20EMA momentum trend since October 11, 2019. Until price action actually closes below the moving averages in a decisive manner followed by at least 3 sessions below it to maintain momentum, then it’s really just déjà vu again and again. Essentially, it’s been the same old grind-up structure and game plan every week now with just different levels.

Friday closed at 3263.5 on the Emini S&P 500 (ES) and price is just grinding in a horizontal manner after the 3265 breakout into the 3280 target. Remember, when price action does this above the key micro trending supports such as 3250/3260~, it is just a high-level consolidation that lets a lot of the MA’s and internals play catch up for the eventual likely outcome given the insanely strong prevailing trend conditions.

Here's a section from our pre-market ES game-plan report: 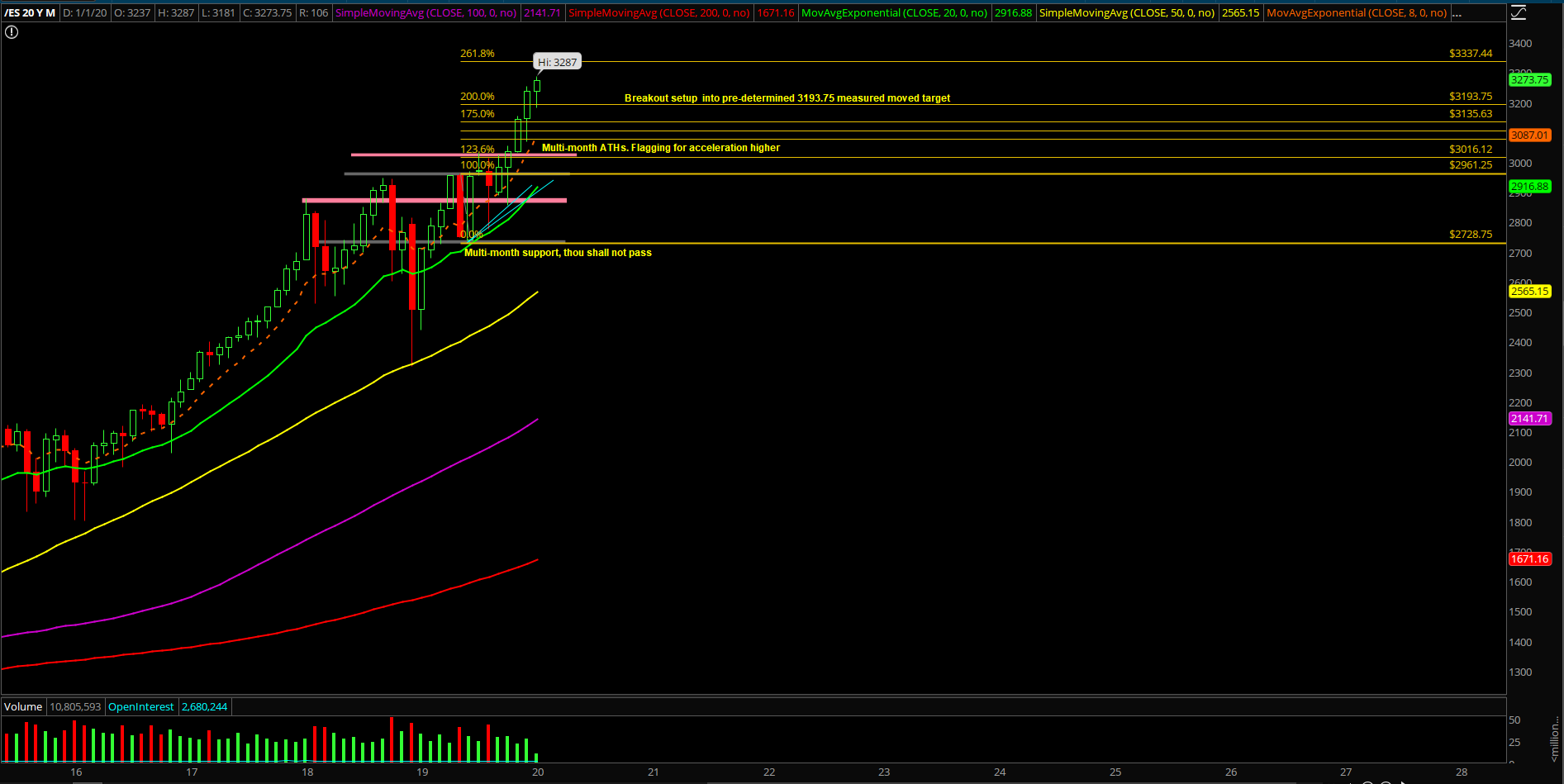 ES JAN13REVIEW5_PRO
Ricky Wen is an analyst at ElliottWaveTrader.net, where he writes a nightly market column and hosts the ES Trade Alerts premium subscription service.