The fourth week of December played out as expected given it was just a consolidation setup within the multi-week basing pattern. It allowed price action to catch a breather in order to try its best to ramp up into year end highs to cement the yearly closing print at/around the highs of the current year. If you recall, price action shook out some weak hands with the prior week’s low at 3596 on the Emini S&P 500 (ES) that double bottomed vs 3592.25 key pivot from the Nov 30th low. The rest of the week was just about forming higher lows and higher highs and remaining coiled as we head into the year end week.

The main takeaway remains the roughly same from the prior reports. As of writing Dec 28, the multi-day bottom/consolidation playing out per expectations and Sunday night made a new all time highs. This means that the bull train is ready to immediately accelerate higher if it could sustain the momentum during RTH. The heavy lifting has been done during the Sunday night price action so rest of today or this week could be quite easy consisting of consecutive higher lows and higher highs.

Friday closed at 3692.75 on the ES, around the top 25% of the prior week’s range indicating that any selloff attempts were dismantled and bought the dips quickly. For reference, prior week’s low and high were 3596-3724. No surprises for this train conductor going into year end here as we’ve been saying the same thing for the past 6 months. The results speak for themselves. 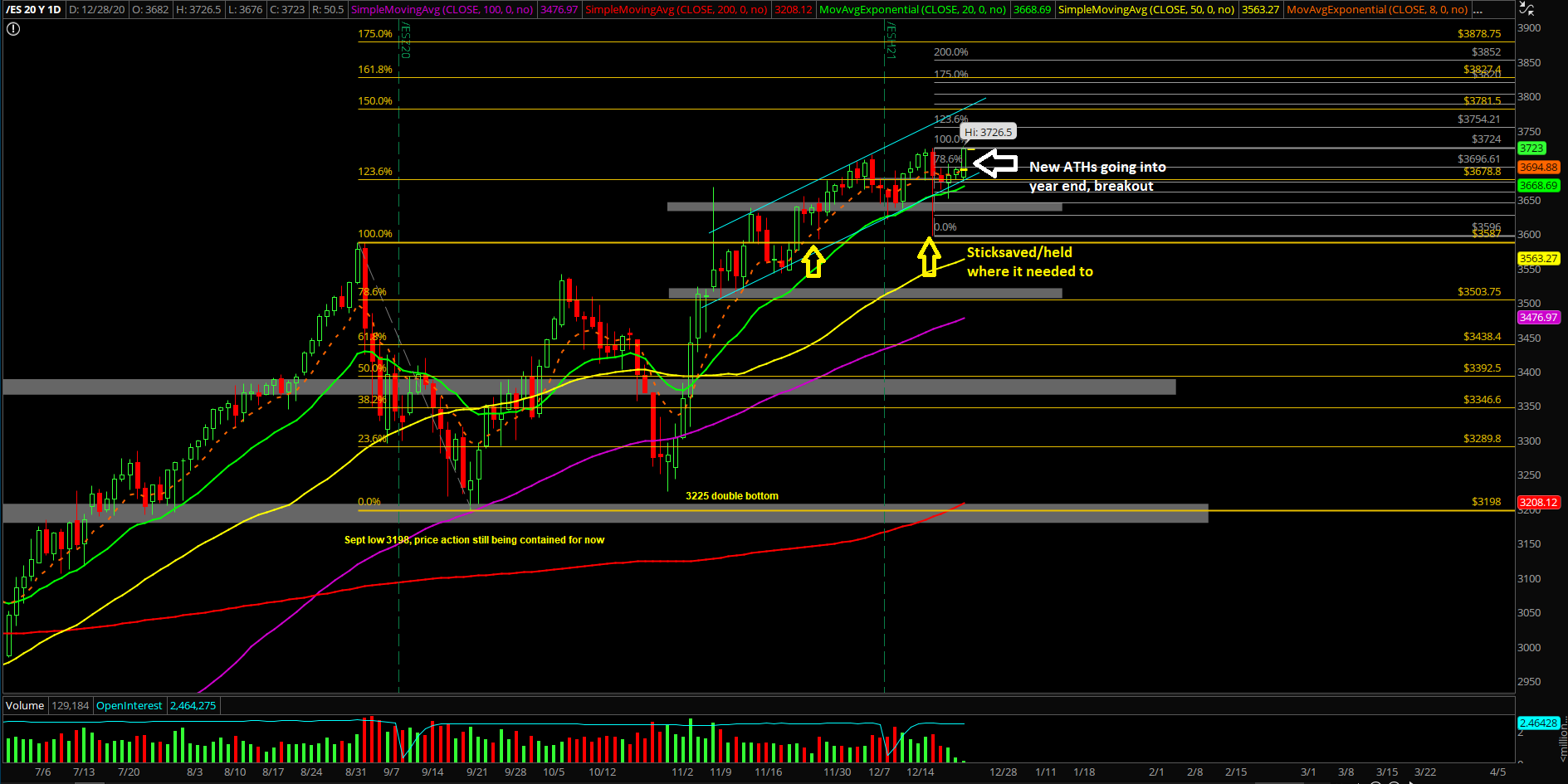 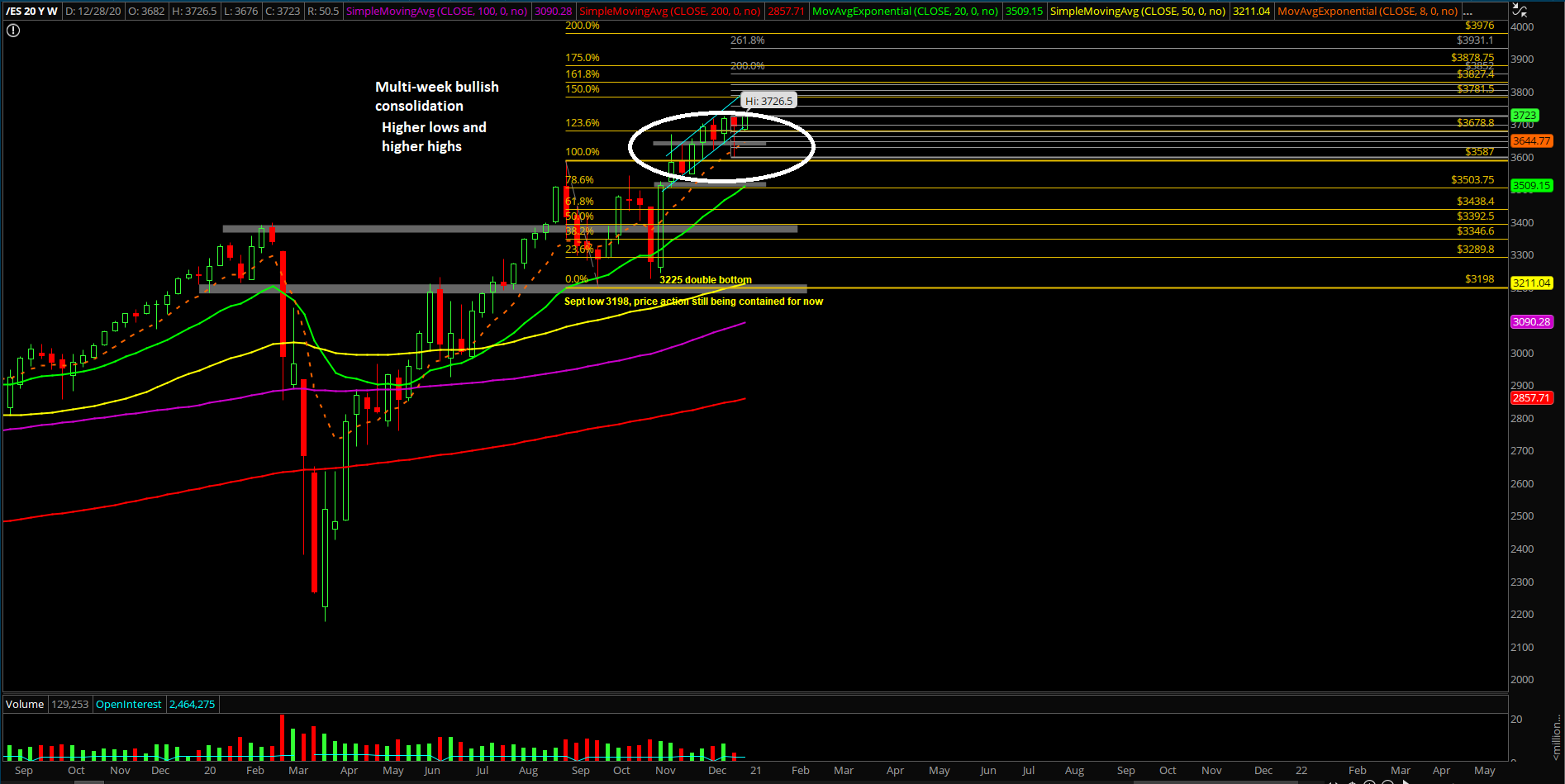 ES DEC28_REVIEW5
Ricky Wen is an analyst at ElliottWaveTrader.net, where he writes a nightly market column and hosts the ES Trade Alerts premium subscription service.