I want to start this update by noting that I still see no confident long term bottom in place for the metals.  Rather, I see all this action we have been seeing of late as part of a corrective move, which should still resolve to the downside.  However, due to the size of the rise in the GLD, I am now in the wave ii camp, as noted in the weekend update.

As you can see on the 8 minute chart, ideally, we are topping in wave 3 of (c) of wave ii. Under this perspective, we will need to maintain support over 121.50 at all times for wave 4 support.  A break down below 121.50 would be my indication that wave ii has indeed topped, and new lows are likely on their way.

However, take note that if the market is able to move through the 124 region, then I will have to adopt the alternative expectations discussed over the weekend, which can take GLD up towards the 128 region, and even as high as the 140 region before continuing down to new lower lows.  As also discussed over the weekend, this would make the time it takes to find a bottom in this market much longer.

For now, I will expect that we will maintain below 124, and begin a wave iii to lower lows ideally within the next two trading days.

As for silver, I have also provided for an alternative count if we can move up strongly, which would be a larger degree wave iv flat, before further downside is seen.  Alternatively, the ability of the market to move through that region would put me in the same camp as GLD’s move to 140, which would be a much larger degree 4th wave – taking silver back towards the 23 region, and would significantly delay the time in which the low to this 3+ year correction will be seen. 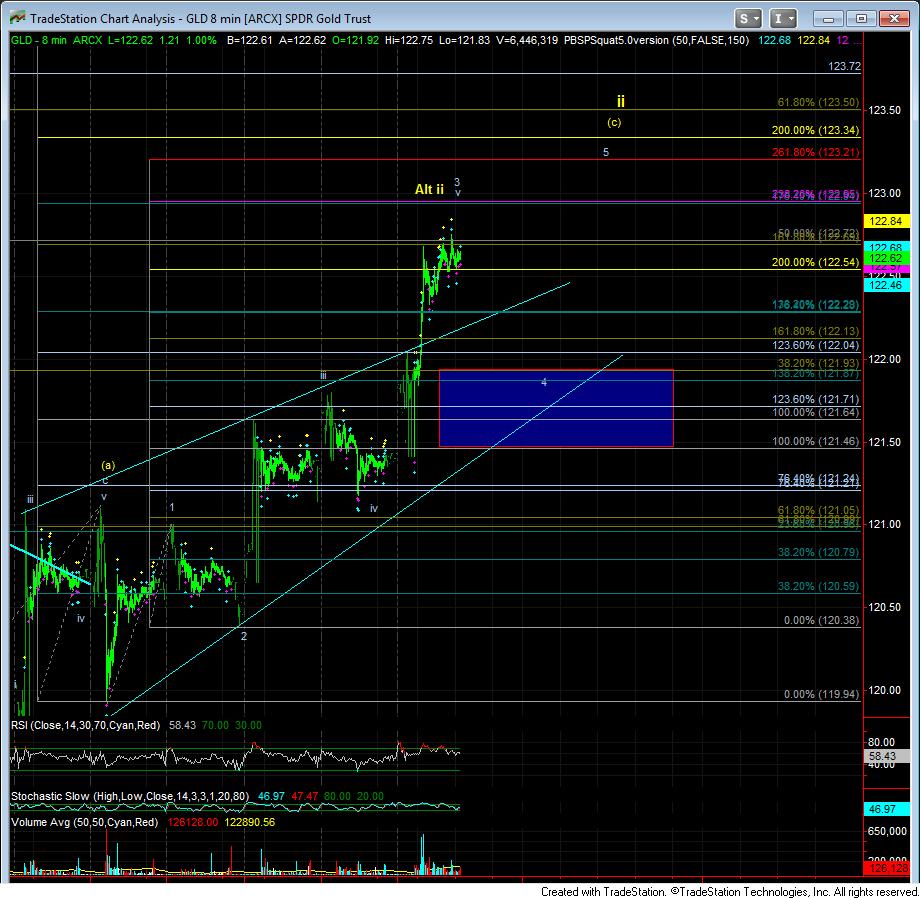 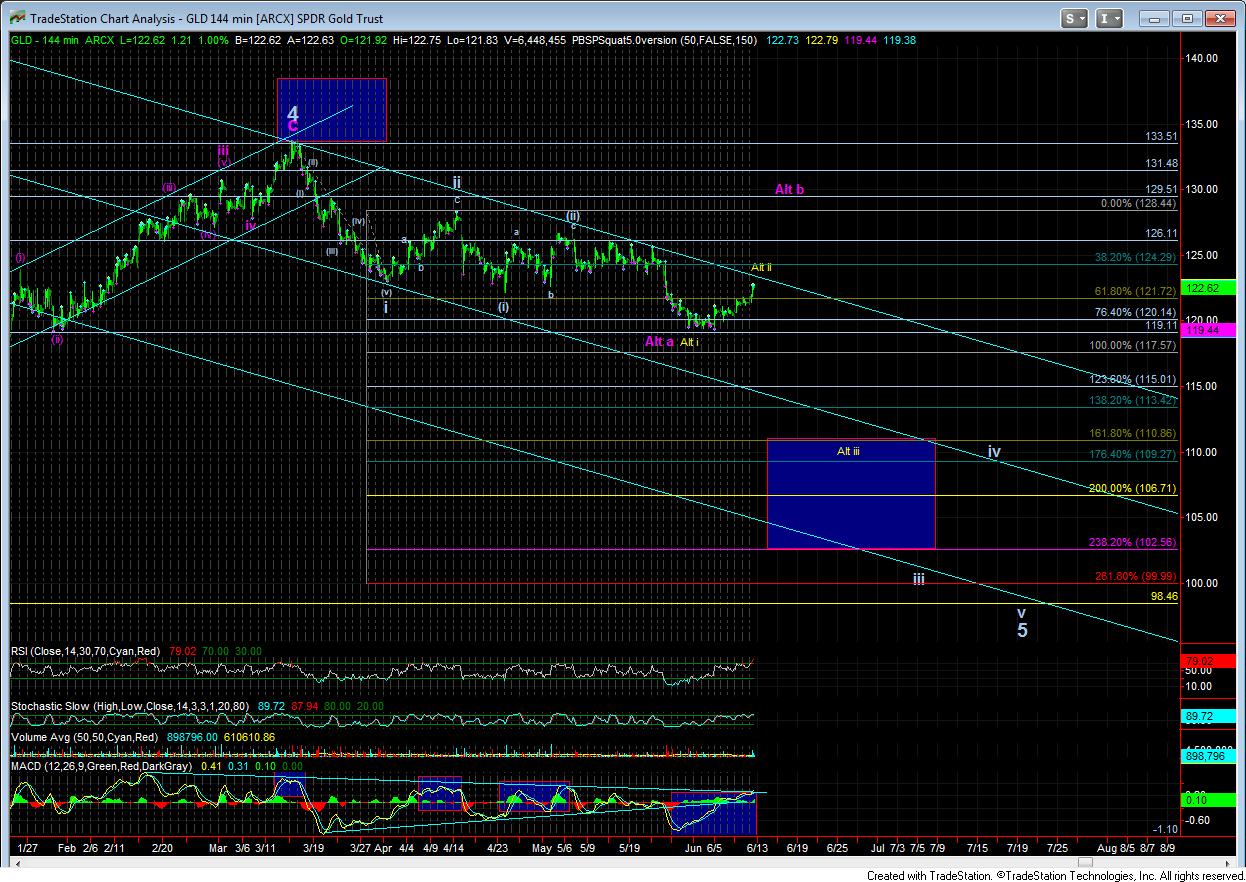 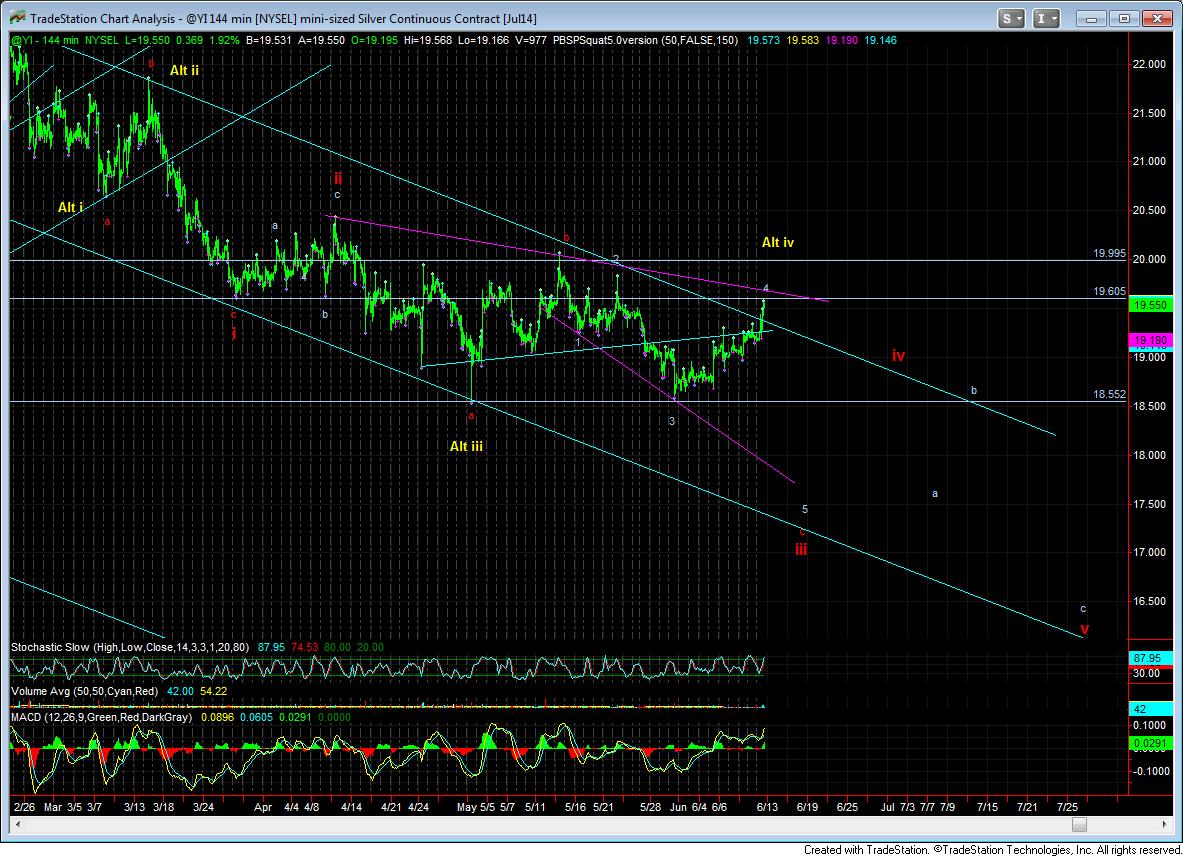