I am not going to make this update long, but wanted to send something out while I am in NYC in between my meetings.

With the break down below 23.30, it certainly confirmed that we are in a bigger wave 2nd wave pullback in the GDX, even though the metals have been holding their upper supports.  This now has me viewing this drop as still needing a 4th wave bounce, which should take about a day or two, and then completing this drop towards the 22 region.  So, if you are looking for another entry into this complex, I would suggest waiting for a corrective bounce/consolidation followed by another drop to suggest that we are finally completing this 2nd wave in the GDX.

As posted earlier today on the GLD, I can also view this pullback dropping a bit deeper as presented in yellow. 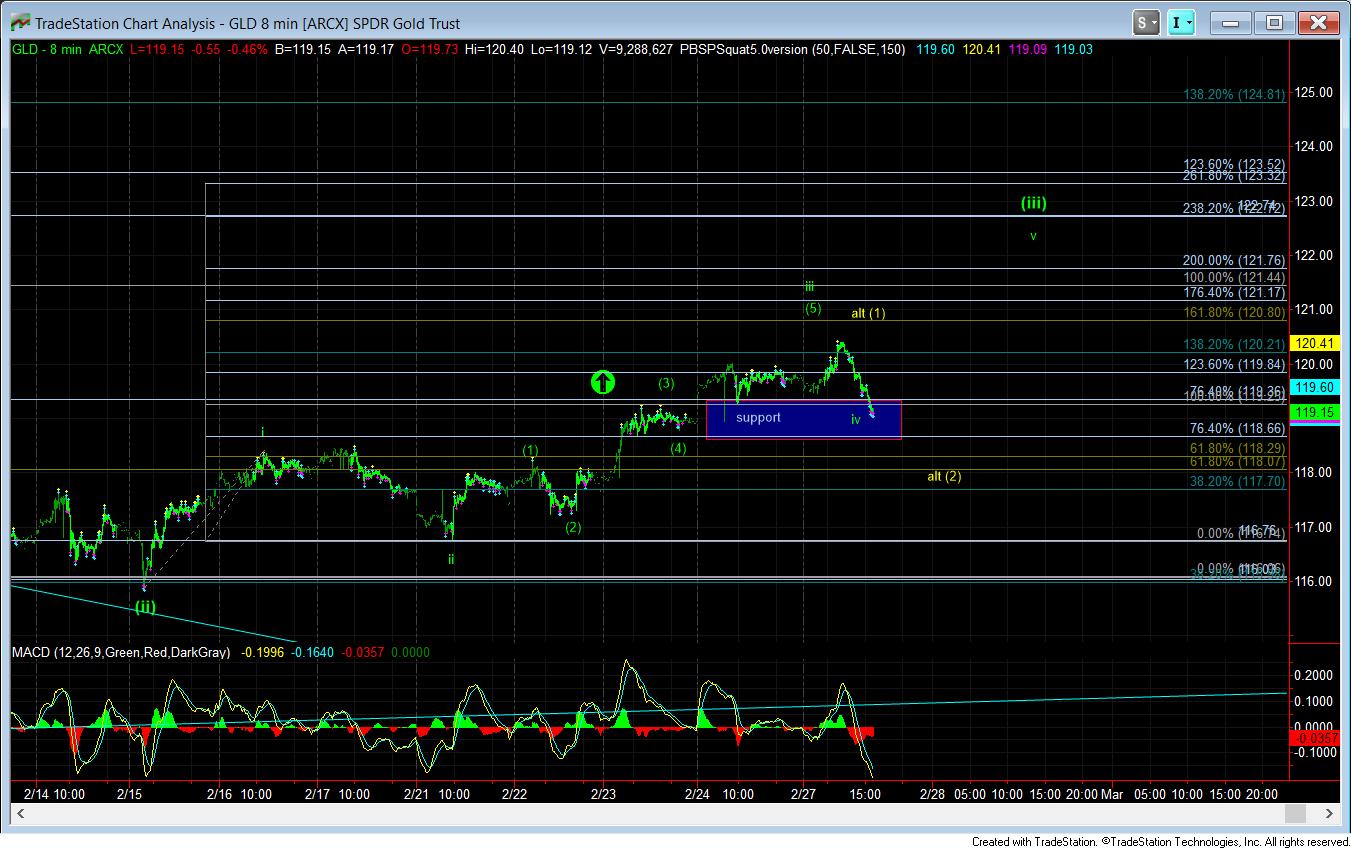