The fourth week of June played out as expected since price action just followed our 4-hour price projections perfectly alongside with our anticipated ‘hold half and go’ textbook setup. Essentially, the market was in a confined immediate range of 3150s-3060s overall in the Emini S&P 500 (ES) that eventually broke to the downside in order to force a range expansion back into the 3231.25-2923.75 bigger range.

The main takeaway remains the same as the price action remains stuck in an overall daily pattern of 3231.25-2923.75, where temporary top and temporary bottom were confirmed a few sessions ago. The ongoing battle remains tough for both sides because the longer this thing consolidates in a high level consolidation, the better the outcome for the ongoing bulls since the March 2020 bottom based on the overall context. This is why it’s critical for gummy bears to act now and entice the real, big, bad bears to rotate back into town.

Friday closed at 3003 in the ES, around the week’s low and the short-term momentum remains bearish when below our key resistance. For reference, the market is now teasing with the fact that daily 20EMA and 200 day moving average have been broken for one session so it is imperative for market participants to keep monitoring this. By monitoring whether price action stays below or above the MA’s during the next few sessions because it’s a momentum clue heading into month of July.

Highlights from our game plan: 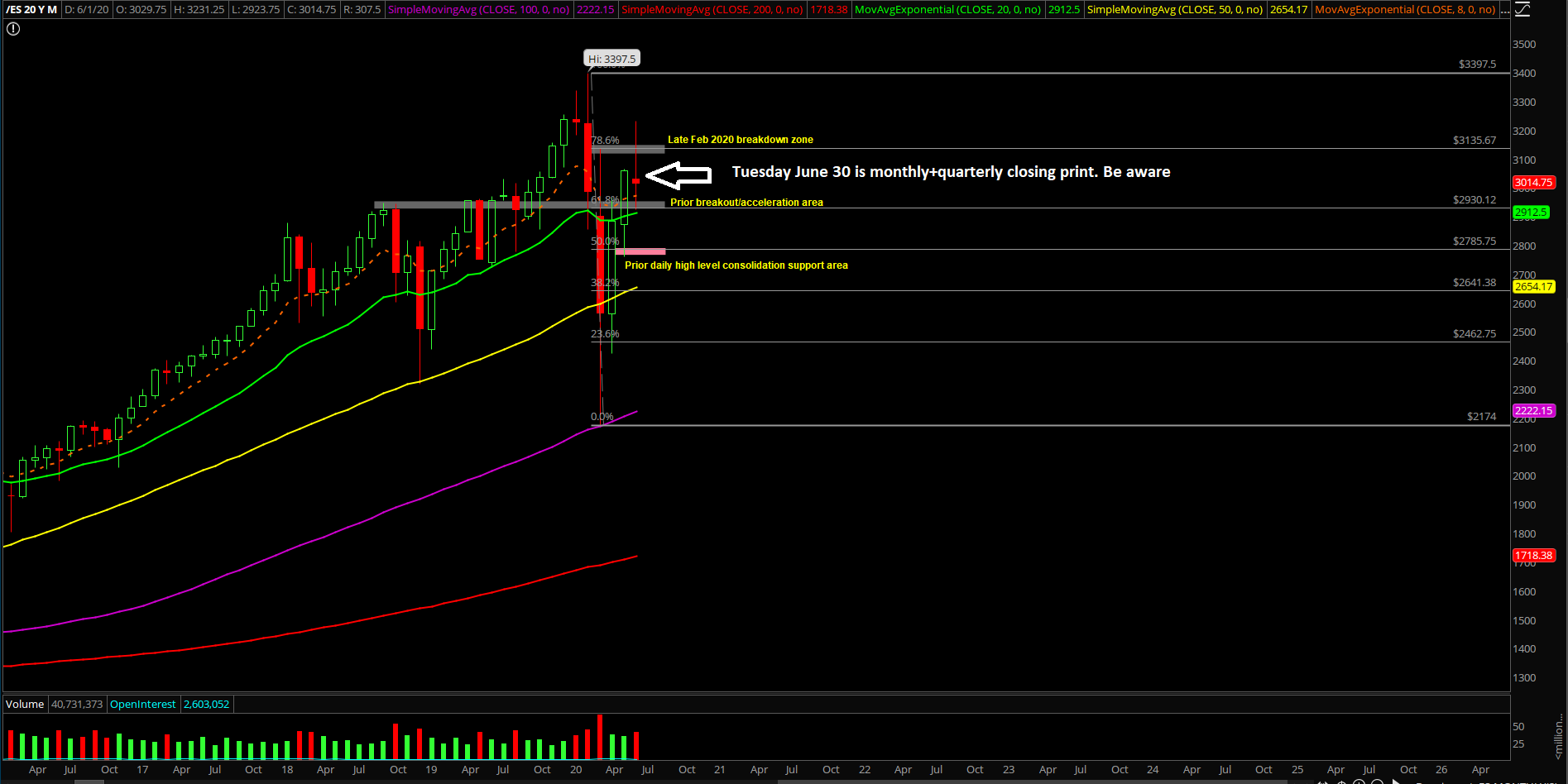 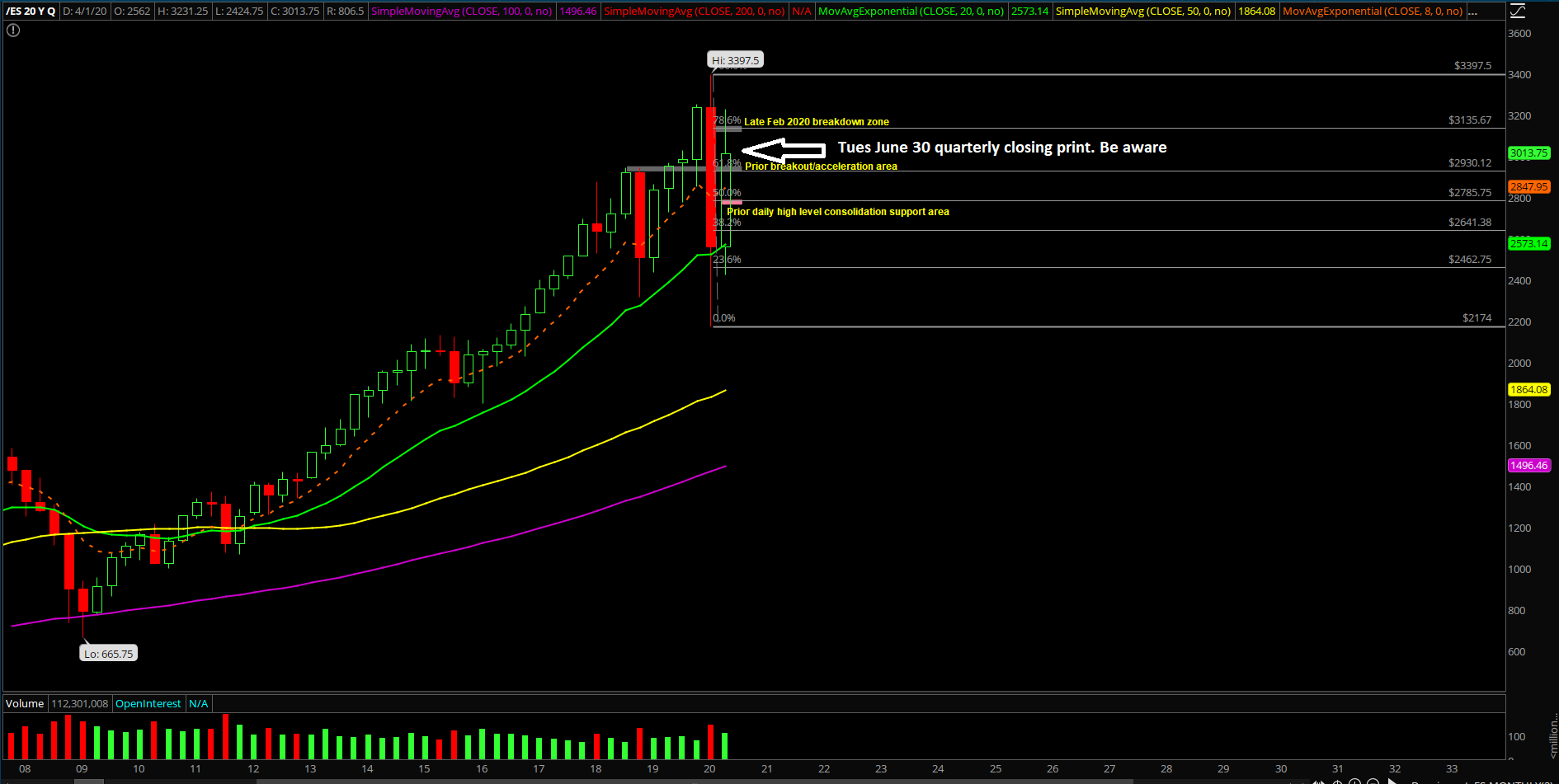 ES JUNE29_REVIEW5_PRO
Ricky Wen is an analyst at ElliottWaveTrader.net, where he writes a nightly market column and hosts the ES Trade Alerts premium subscription service.