The May 11th-15th period played out as a consolidation week as the majority of the time was spent within an inside week.  However, price action pierced the highs and lows of the May 4-8th week to kill some stops.

If you recall, the most significant things occurred on May 11-12th with the lower highs setup and then backtesting the daily 20EMA trending support and subsequently closing below that key trending support on Wednesday May 13th.

However, the price action was unable to sustain lower for the next session as Thursday produced a +90-point bounce that we predicted in advance with our real-time analysis and trading alerts.

The main takeaway from last week was that the bears had another perfect opportunity to capitalize on wrapping up the week at the lows, but they failed to do anything concrete. Thus, another vicious feedback loop squeeze/bull flag continuation pattern setup been built and today’s gap up is crystal clear.

Price action is gapping up above some key resistances of the past few sessions while maintaining below the 2947/2965 prior highs on the Emini S&P 500 (ES). The longer that price action spends here doing a high-level consolidation/ bullish consolidation would enhance the odds of an eventual breakout towards 3000 or higher. Yes, you’ve got that right, the gummy bears are running out of time again when price action remains trending above our key support levels. It is what it is. 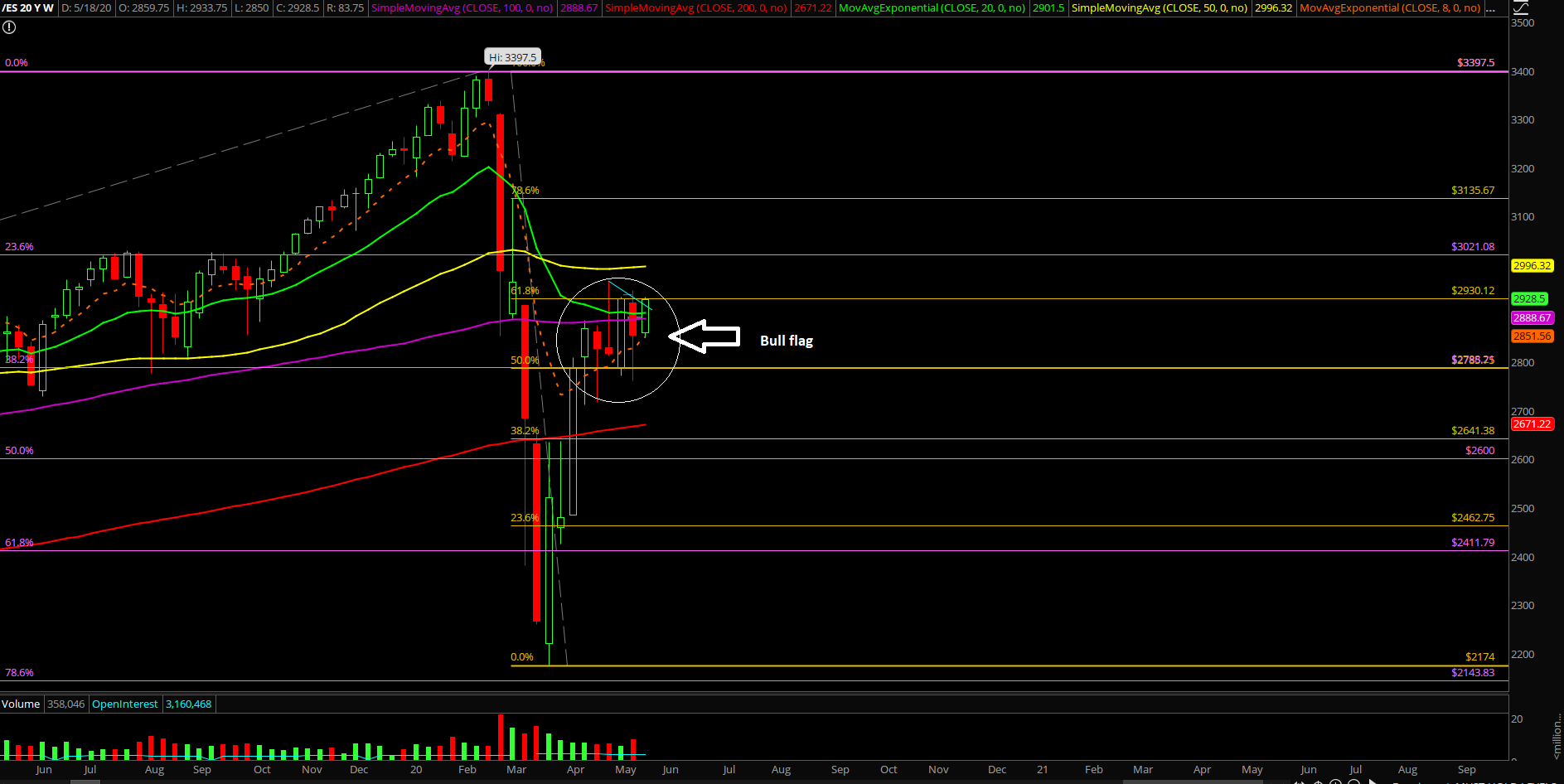 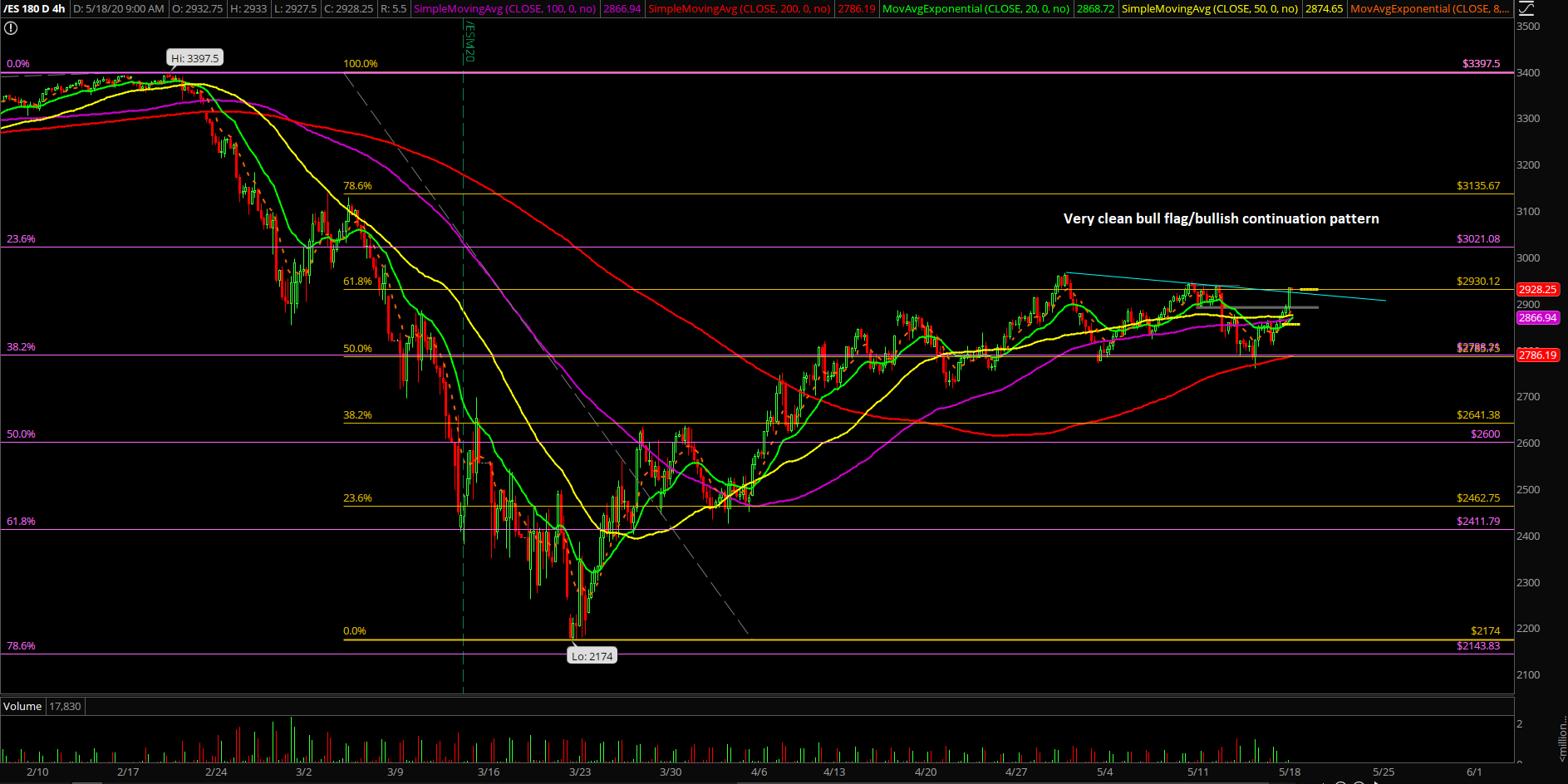 ES MAY18_REVIEW5
Ricky Wen is an analyst at ElliottWaveTrader.net, where he writes a nightly market column and hosts the ES Trade Alerts premium subscription service.