The third week of November played out as an inside week, meaning price action traded entirely within the range of the second week of November. This overall consolidation pattern is quite bullish as we head into November month end alongside with the slightly bigger picture into year end.

The main takeaway remains the same:  Bears are trying their hardest to commit to further downside, but they just lack follow through and momentum on their side. They are running out of time again as there are feedback loop squeeze setups all over the place on key timeframes. Pair this with the fact that NQ/tech is getting super coiled in a bull flag/pennant…you have the perfect recipe of a squeeze when above support.

Friday closed at 3551.5 on the Emini S&P 500 (ES), around the lows of the week. However, no support was broken as the micro tight range has been 3542-3582 for the past couple days. Expecting more of the same today when price is within range so focus on the key levels to do quick scalp setups. 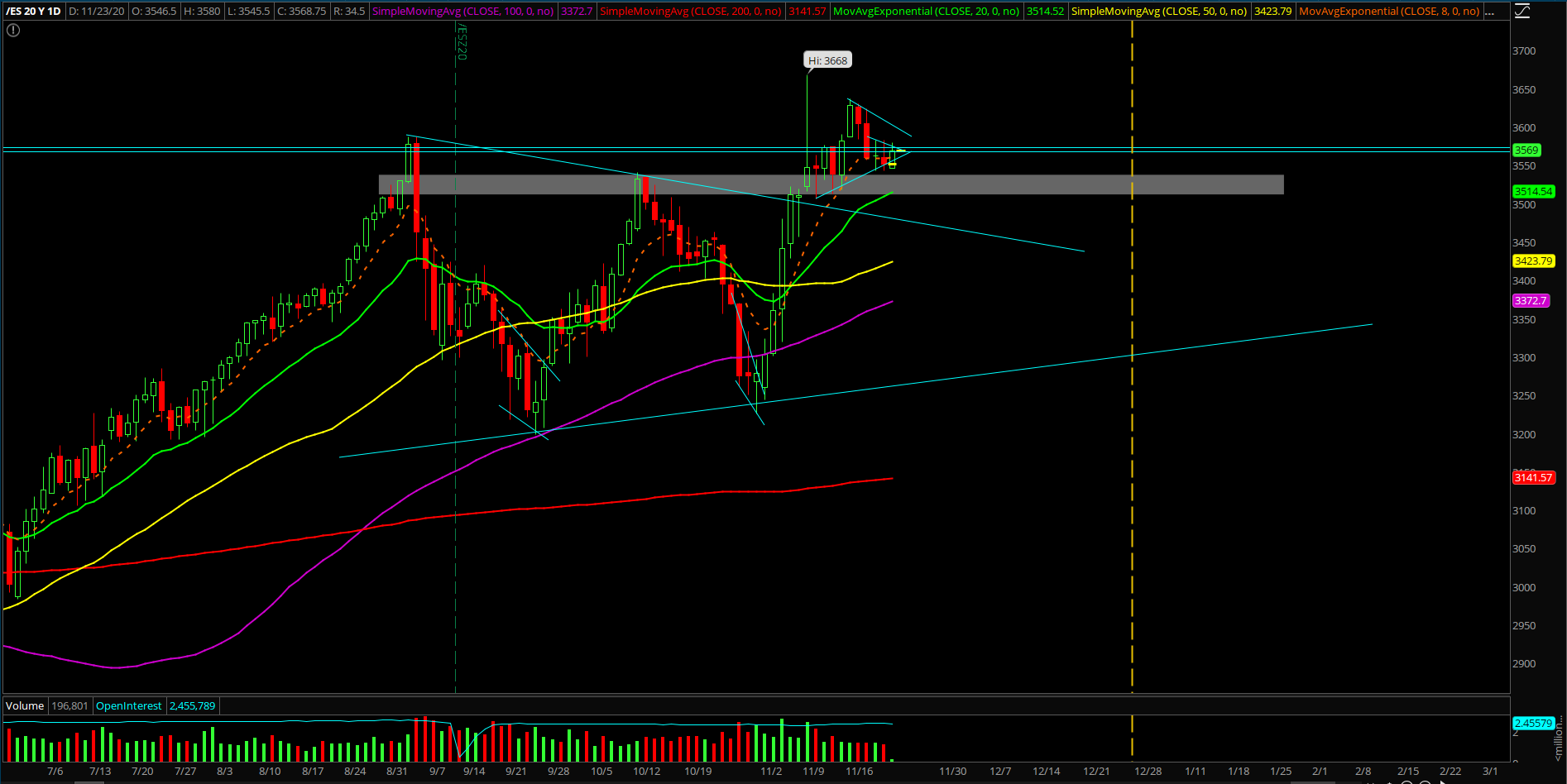 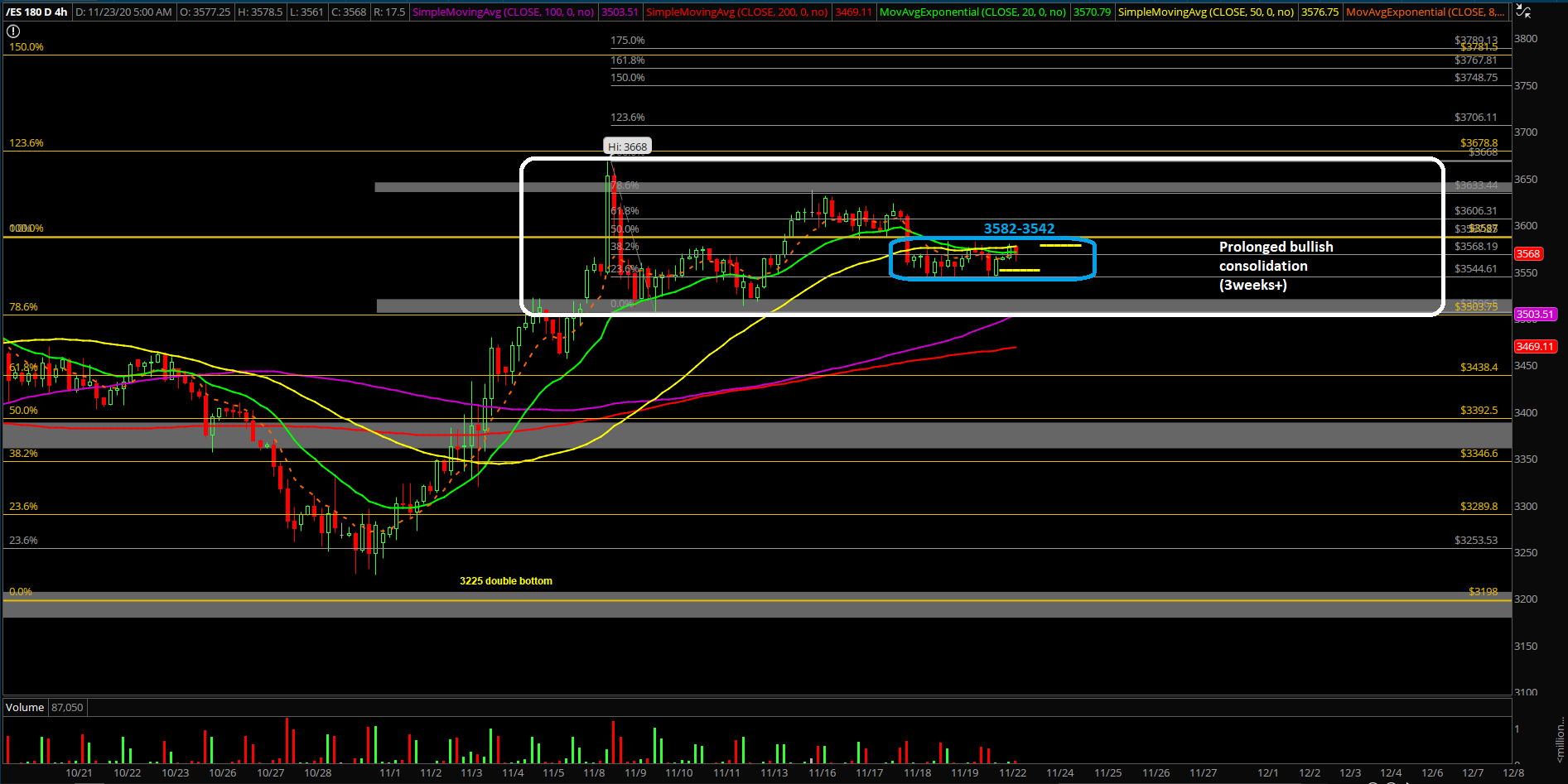 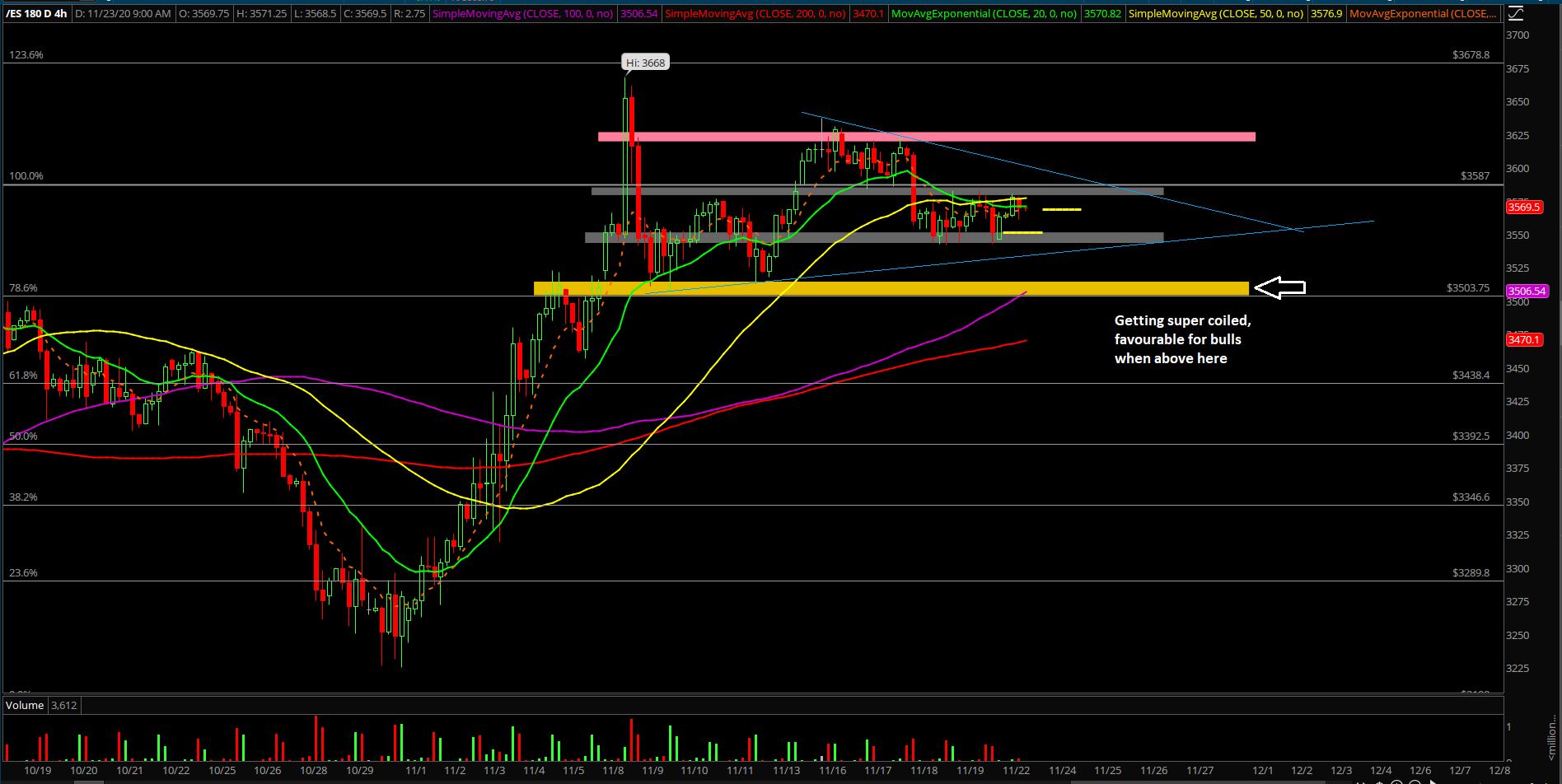 ES NOV23_REVIEW5
Ricky Wen is an analyst at ElliottWaveTrader.net, where he writes a nightly market column and hosts the ES Trade Alerts premium subscription service.