The Emini S&P 500 (ES) last week closed at 2480.25 as a top wick doji that retraced 38.2% of the March 23-27 week. Hence, the March 30-April 3 week played out as a textbook inside week of the March 23-27 week’s range. If you recall, we demonstrated in the ES trading room in real-time via many range high vs range low trading setups with the 100% win rate week.  This means that we now have pre-defined levels for both sides and their goal lines for the month of April.

The main takeaway from last week was that the bears failed miserably even though they tried their hardest attempt. Price action pierced below 38.2% for a few minutes, but it bottomed at 2424.75 which was above the 50% fib retracement of 2404.25. This meant that the bulls stick-saved the crash-like setup back to our 2344/2220 potential target levels. We are now stuck as an inside week for the time being.

Daily closed at 2480.25 on ES as discussed, and now we have a range of 2424.75-2635.75 overall for the time being. We are neutral coming into today/this week. Waiting for edges to develop given the +3% gap up and go structure from Sunday night low. Try not to get chopped up in this environment, wait for edges.

Here's a summary of our game plan: 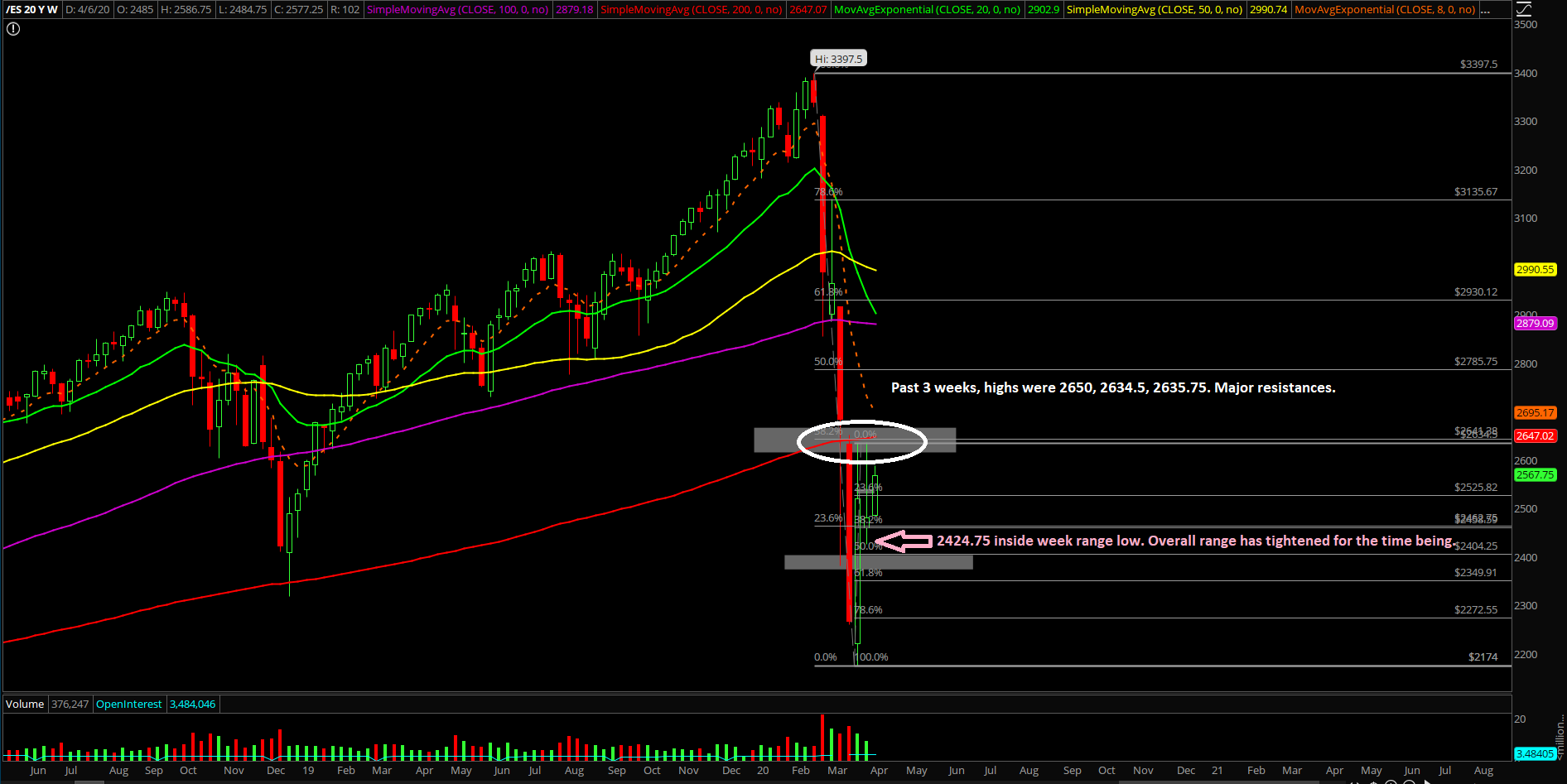 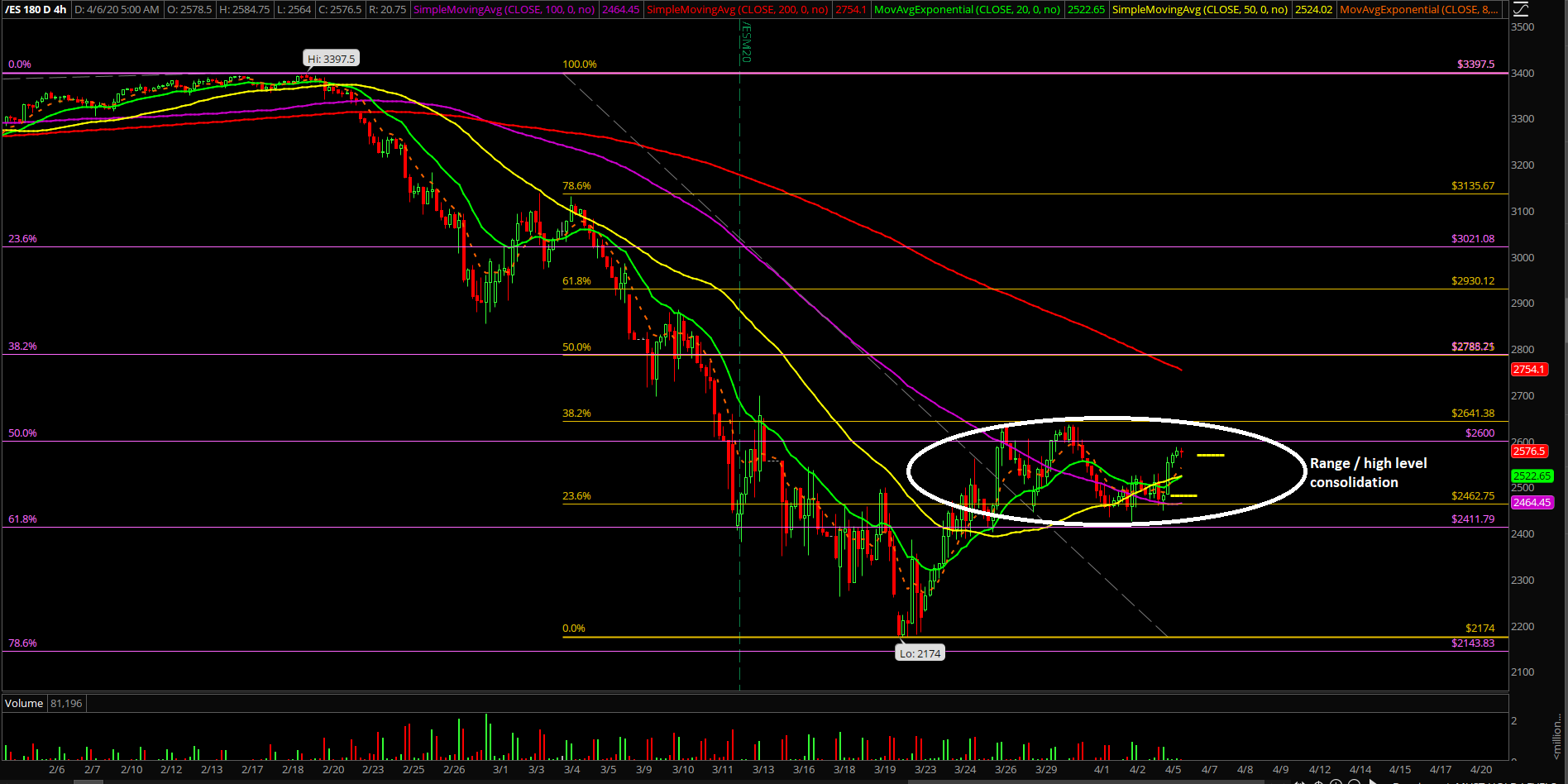 ES APRIL6_REVIEW5
Ricky Wen is an analyst at ElliottWaveTrader.net, where he writes a nightly market column and hosts the ES Trade Alerts premium subscription service.