In the afternoon on January 8, our Bayesian work picked up a micro vibration window to hit within a few hours – and within minutes of the signal change to neutral, "news" hit of another skirmish in Iraq that did impact markets temporarily.  Unfortunately, it impacted our long positions temporarily, too, as the Bayesian Timing System had anticipated larger movements in related ETFs.

Not the end of the world, as we did lock in profits, and, you know the saying, "you can’t lose money taking profits."  Now with that said, the BTS also noticed we were bumping up against the high end of the 223-226 range and that also contributed to the change in signal.

So we still find ourselves in an important region and don’t be surprised if we take action long or short at any time.

In metals, well, can’t complain about locking in long profits within 48 hours of a waterfall movement in metals.  And for those new members that are still trying to visualize a vibration window, how about that crazy volatility during the pre-determined Jan 6-8 timeframe?

In any event, what’s on deck now? With the Gold Miners ETF (GDX) crashing directly into Bayesian support in the low 28s, the BTS is attempting a long stab.  At a minimum, over the next week we should at least see a movement that makes these metals’ positions green with initial target GDX 29-29.50.

However, inability to get above 29.50 points back down to the 27.50-28 region for starters.  So, basically, we are attempting a swing trade long that could turn into more.

In oil, the BTS got caught in the volatility and “mistakenly” interpreted the move to nearly 14 after-market hours on Jan 7 as the next leg higher.  Unfortunately, that leg was after-hours and lasted hours vs. days.

With the US Oil ETF (USO) reversing a historical outlier 10% off the overnight high, the BTS got stuck awaiting an intraday rebound to 12.75 to cut losses.  Over the next week, that rebound is still expected to occur with 71% probability; so we will have to wait and see if there is more or if we take our first USO loss in months. 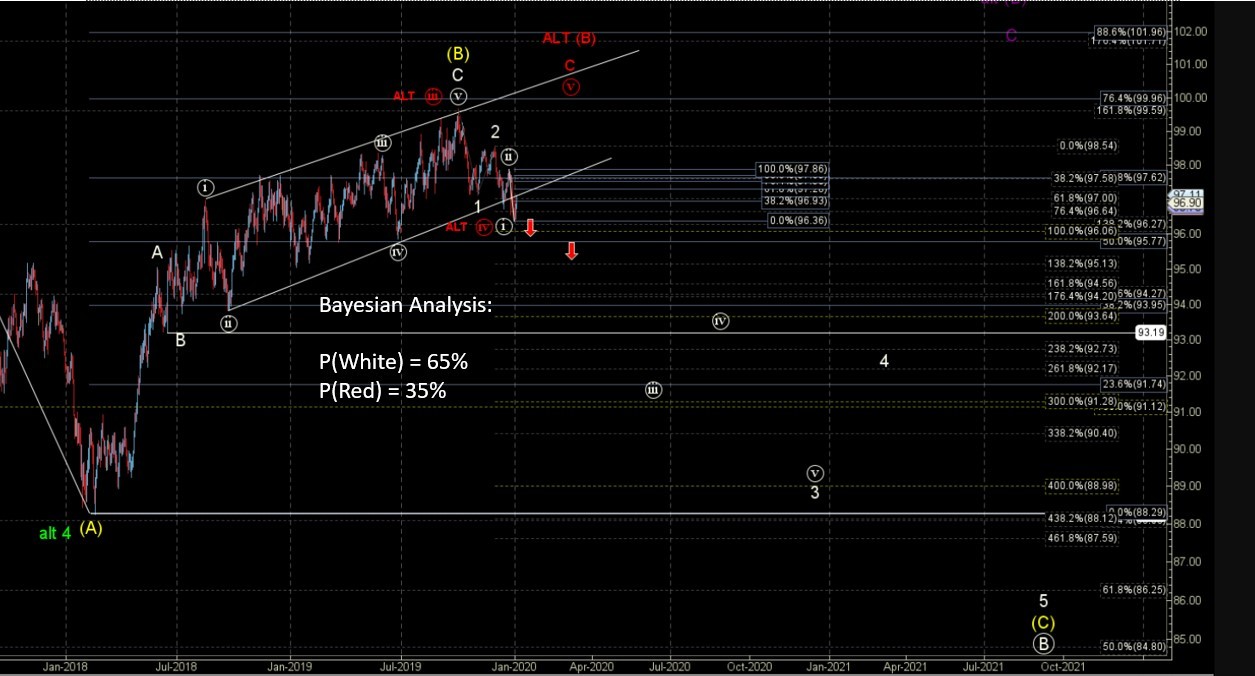 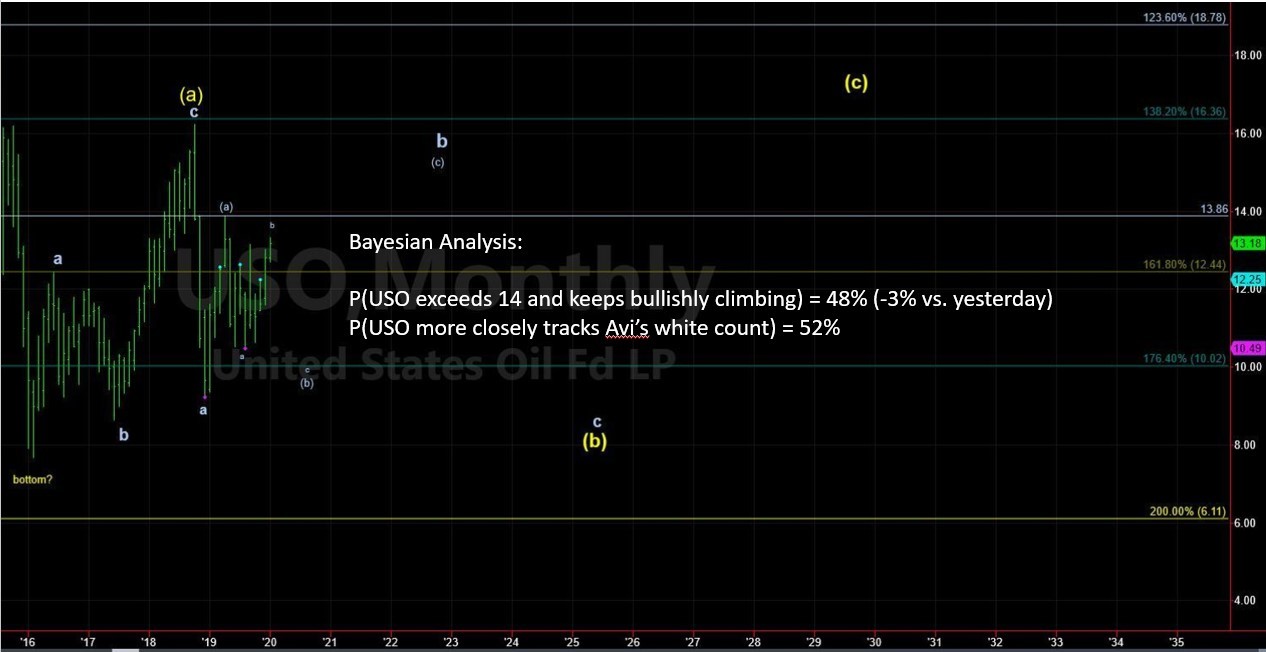