Bearish Bayesian probabilities (BPs) are still stronger than bullish ones, and I would have to say that my Bayesian-only work generally aligns with the yellow count discussed in Avi's charts.

Moving over to metals, the recent action in the metals still presents as precariously bullish, as stated for over a week; and with the 24-hour breakdown, the path lower has won out for the moment.

We are averaged-in approximately where the gold miners ETF (GDX) closed on April 30 (for those following those posts), so it’s nice to have some of that pressure taken off. 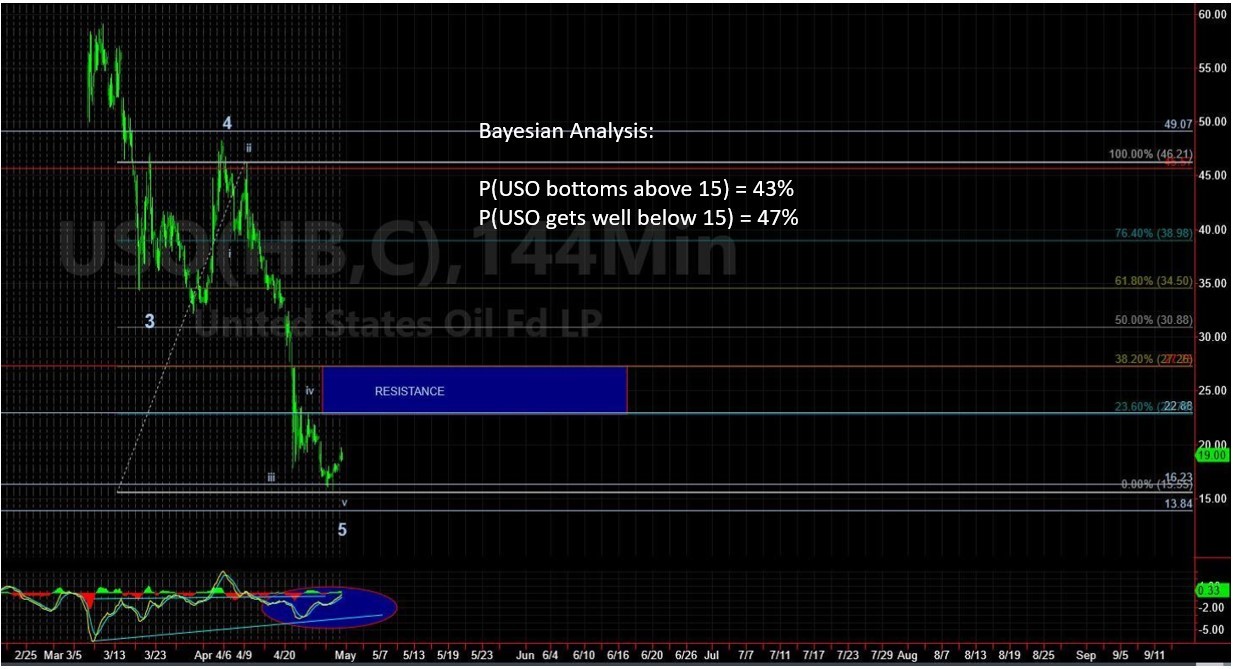 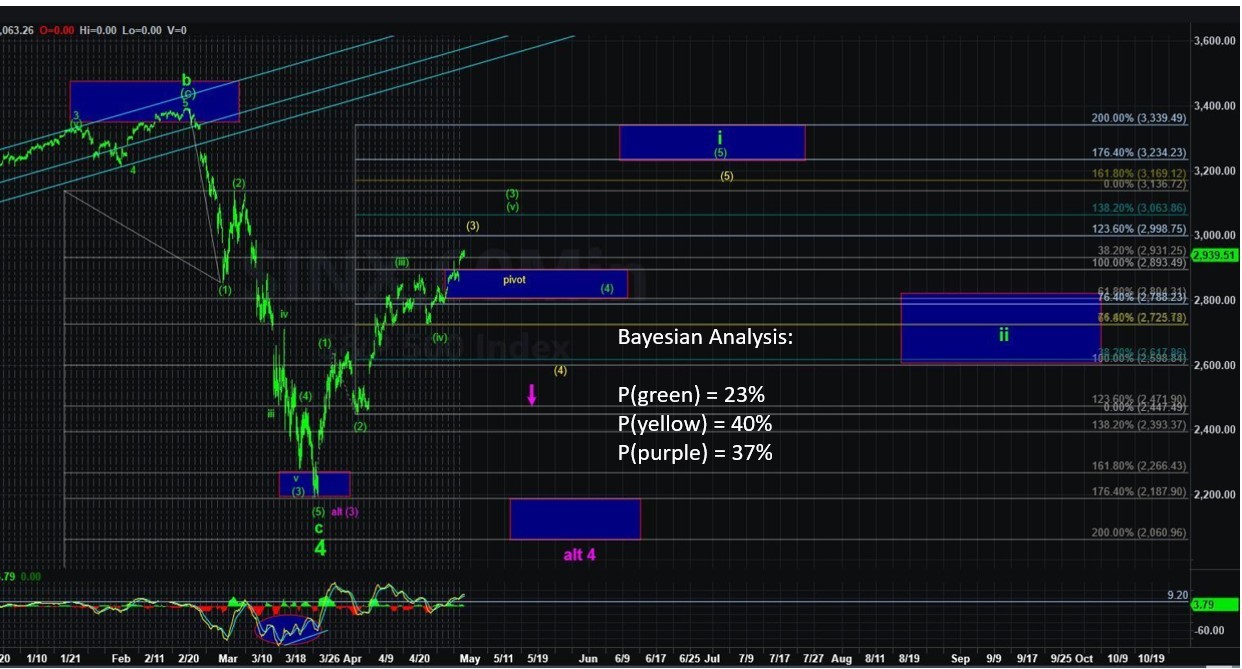 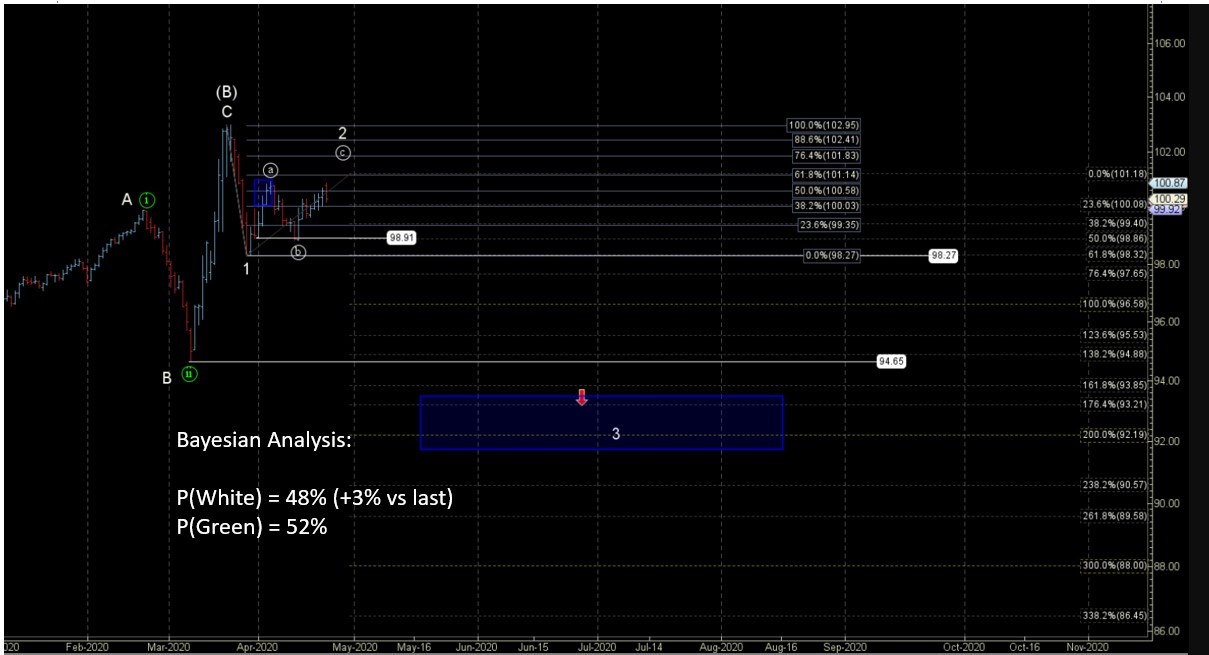