Tuesday’s session acted fairly textbook in terms of the range as the market was able to continue off the weekend grind down movement. If you recall, Friday’s high was 2677.75 on the S&P 500, and the market made a little gap down during Sunday night and paved the way for today’s continuous lower highs and lower lows. The first key trending support of 2632 was tested today. However, the bears couldn’t close at the intraday dead lows given final hour pump, which meant it wasn’t a very powerful daily bear reversal candle. It wasn’t terrible so they have another shot if there’s some decisive follow through downside below 2632 during the next couple sessions.

It’s also the first time in 2 weeks+ that the market is finally below the trending 4hr 20ema grind up so there’s definitely a shift of short-term momentum. In addition, if bears show up tomorrow/next couple days then we could effectively treat 2677.75 high as the temporary top as well. Vice versa if another bull flag "sticksaves" and bears flop. A little too early to tell, but the current range levels are very clear based on prior KISS. report.

Daily closed at 2632.5 with an overall intraday high of 2666.25 and low of 2616.5 (including globex hours). In terms of a closing print, it was fairly anticlimactic because decisively above or below the 2632 would give us a bigger hint for the rest of the week’s movement. Market likes to tease so we’re going to find out tomorrow.

Currently, it looks like an obvious battle on the daily chart timeframe; ongoing trend setup vs. opposing hold half and go downside setup. For bulls, need to re-conquer above 2655 in order to confirm that 2680/2700/higher is not dead yet in terms of the pattern from past few weeks of upside. In that scenario, it’s just an ongoing trend setup doing another sticksave/bull flag/high level consolidation in order to grind higher. For bears, the key resistance to hold below tomorrow is located at 2655 and key support to decisively break below is 2632 in order to open up the next trending support at 2595 for some follow through. In that scenario, bears still need a daily close below 2590 to be the conservation confirmation that the market has opened back up the 2500-2470 as a legitimate mean reversion target for the bigger picture.

We’re leaning towards the bear scenario right now back to around 2590-2600 first if price maintains below 2655. However, if nothing much occurs during Thursday’s session then postpone momentum judgement until Friday’s weekly wrap up. (imagine a very tight inside day 2650s-2630s being possible)

Maintain same short-term game plan for trading; stay nimble and look for intraday opportunities as range is wide enough to pocket a few points here and there. Similar to what was executed during Tuesday’s session as we continue to try and stay away from FOMO + traps. 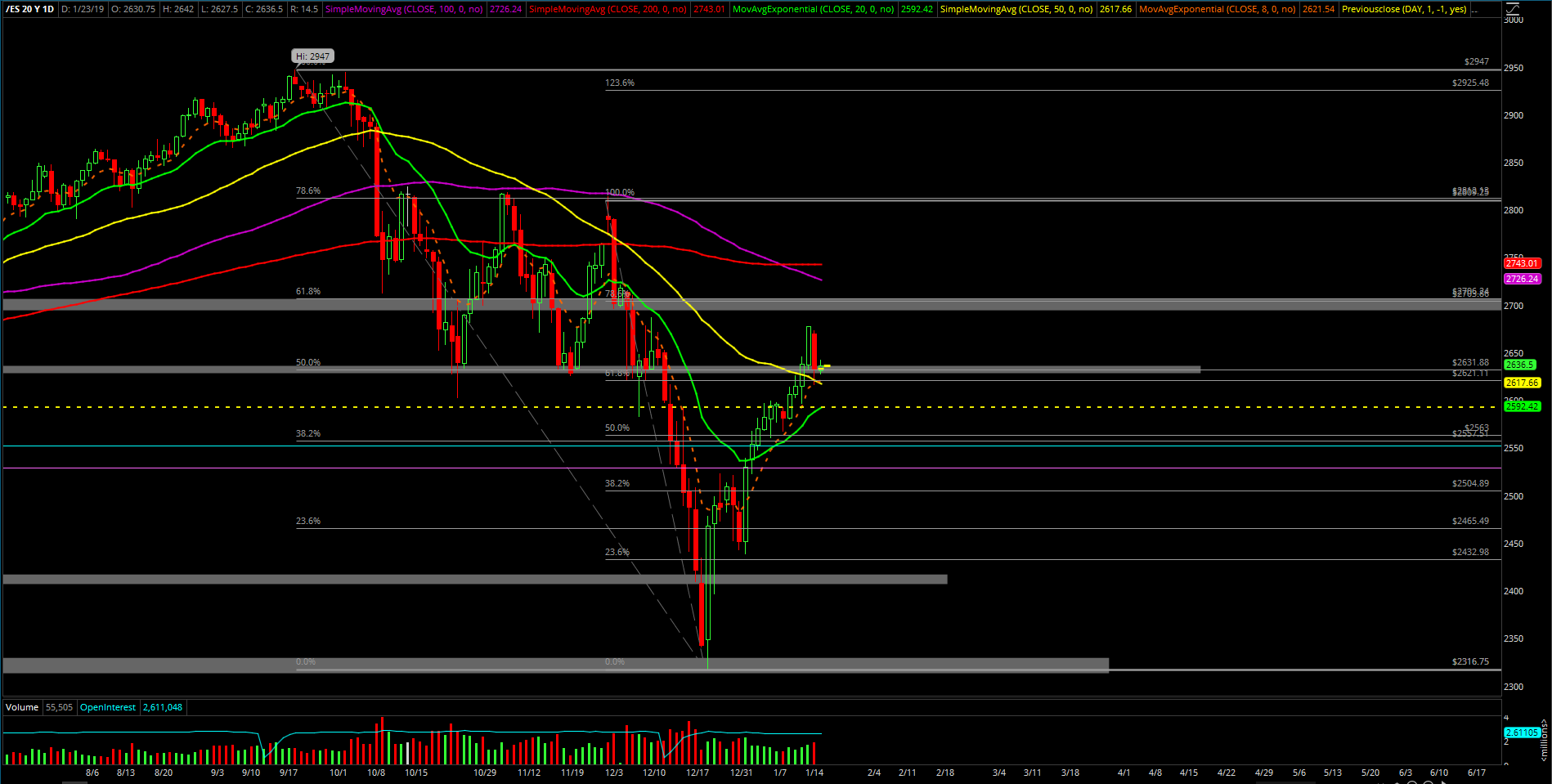 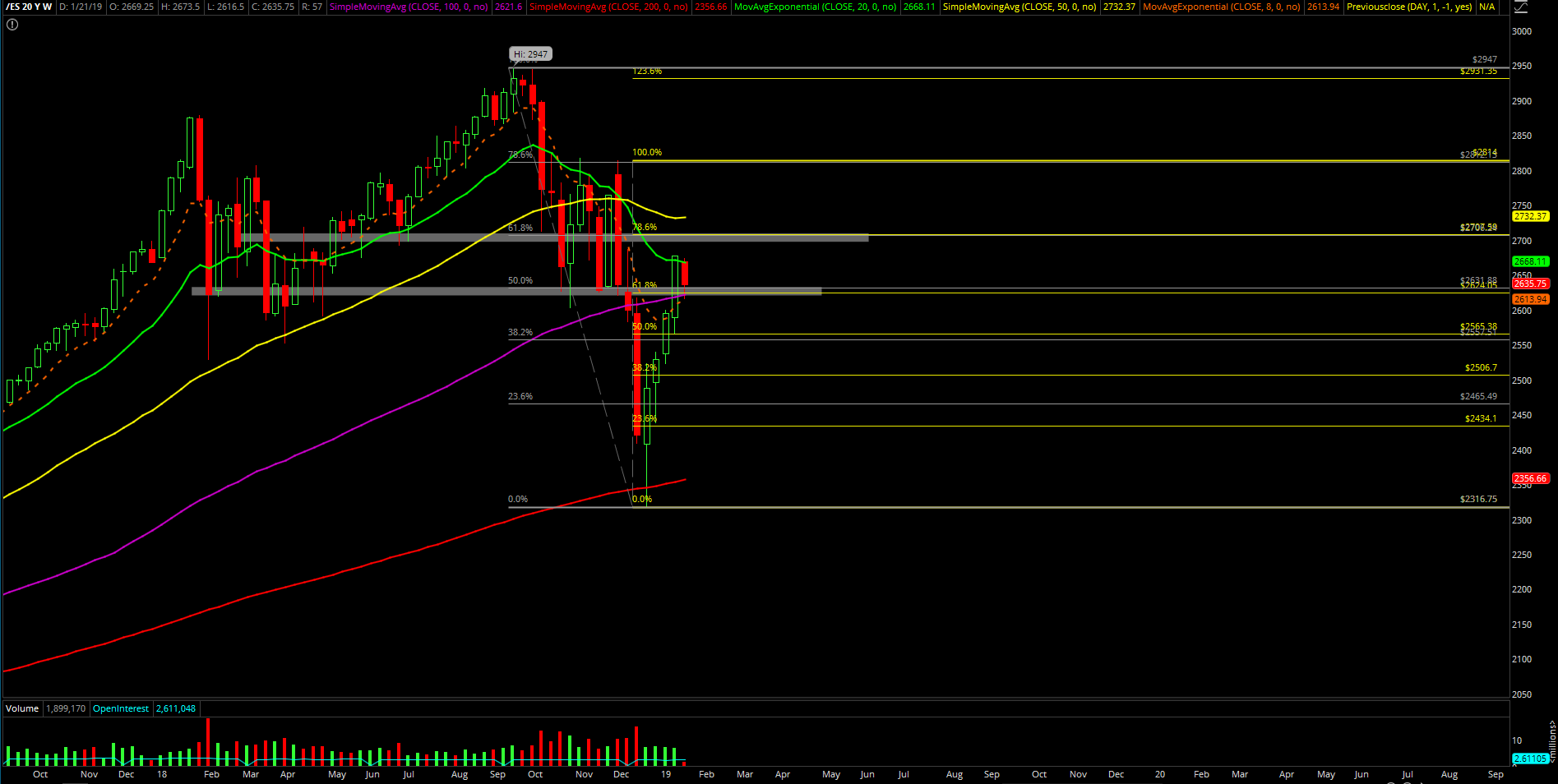 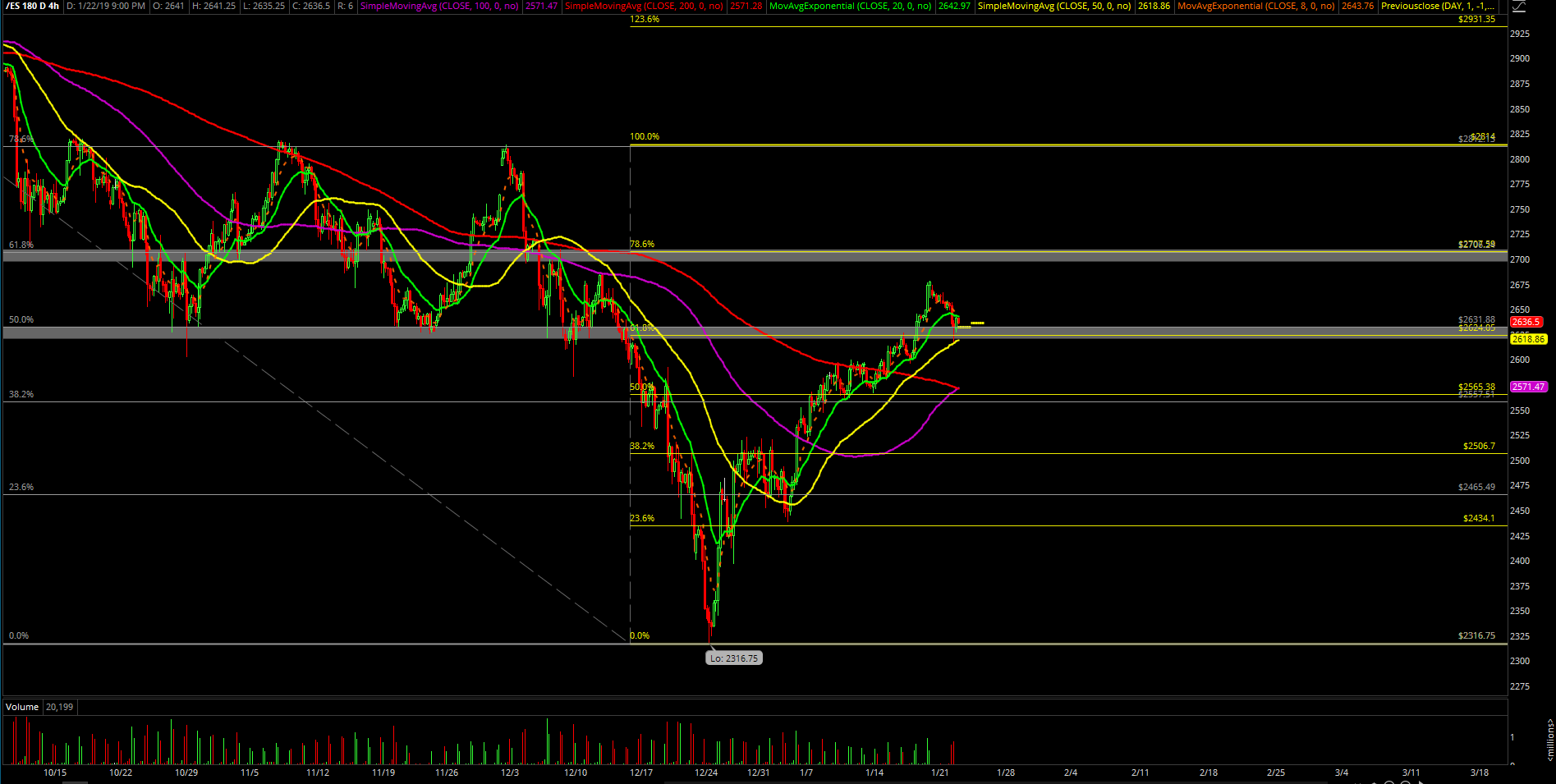 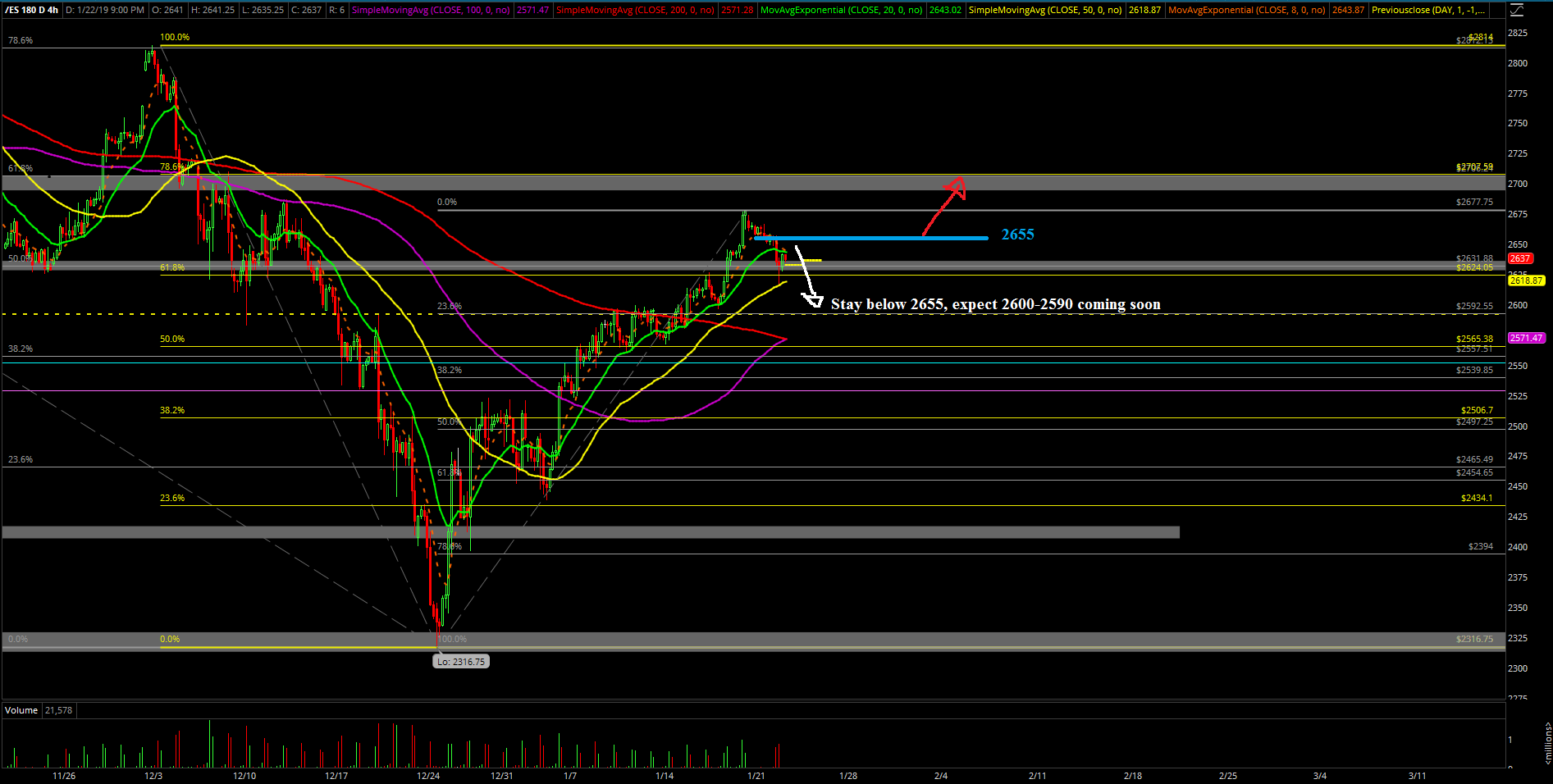 es jan22review4
Ricky Wen is an analyst at ElliottWaveTrader.net, where he writes a nightly market column and hosts the ES Trade Alerts premium subscription service.