The first session of the year could be summed up as indecisive and trappy action that is not acting well according to last week’s higher timeframe bull trap formation. If you recall, the 6PM globex open after New Year’s Day formed a quick double top that flushed into lower lows below last Friday’s LOD. However, the bears were eventually unable to keep the pressure southbound as the large 40 point gap down was closed by around 11AM indicating that a morph into the bull flag potential from the past 3-4 sessions is now possible. This was due to the fact that bears needed to close around the lows of the day with the gap down and go setup that they had a very good opportunity to capitalize on.

The main takeaway from the first session of the year is that the market is being quite indecisive in regards to the daily 20EMA rejection/bull trap pattern that we had been stalking for the past week. If there’s no downside follow through soon, then this is likely turning into a high level consolidation/bull flag formation instead where traders ought to be careful as 2529/2550/2580/2600 would be the next key resistance levels.

Daily closed at 2490 with a high of 2521.25 and low of 2452.25 so it means it was indecisive closing at the midpoint of the day’s range. Heading into today, we obviously ought to be careful of an inside day as yesterday’s range was large enough to be trading within for a day or two.

In terms of judging momentum for the daily 20EMA rejection setup, we now need a break below 2463 overnight lows with an immediate follow through below 2450 in order to confirm the bears are immediately ready again for the downside acceleration. If you recall, we were looking for a minimum backtest of 2400-2420 alongside with follow through towards 2316.75 December range low if the bears continue their assault based on ongoing trend.

Alternatively, if the market keeps holding up and unwilling to break the key supports mentioned earlier, then we ought to be aware of the pattern morphing into a bull flag here. This is because the past 3 sessions could be viewed as a high level consolidation pattern that favours a squeeze follow through. If you also recall, 2529 has been acting well as a significant resistance given it was the Feb 2018 lows so the first goal for bulls would be to conquer that in order to open up 2550/2580/2600.

We’re going into as neutral in order to let price dictate which daily pattern scenario it wants to partake in. Let price action do the talking as the market has been indecisive and just trapping us in this rangebound. 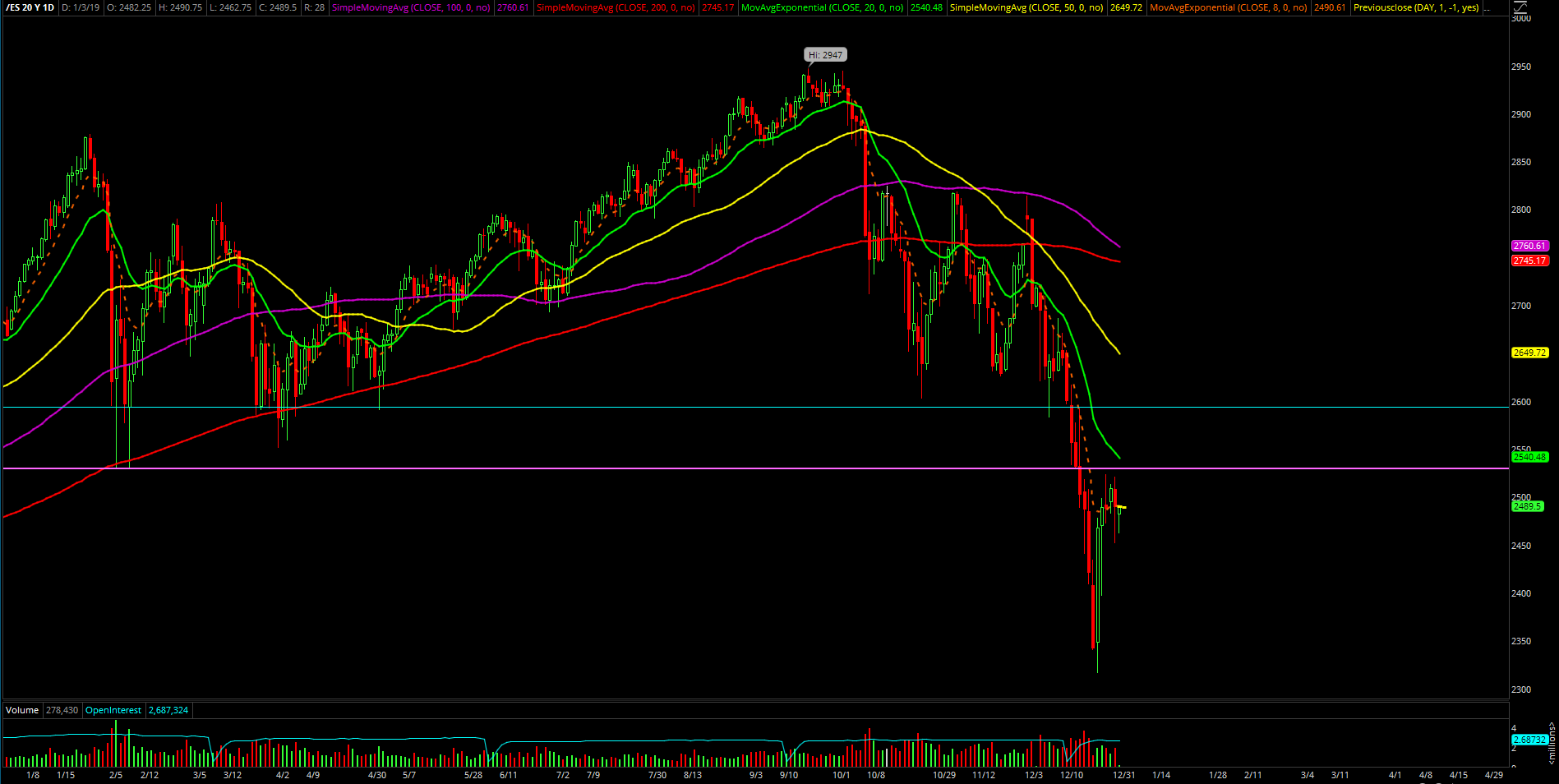 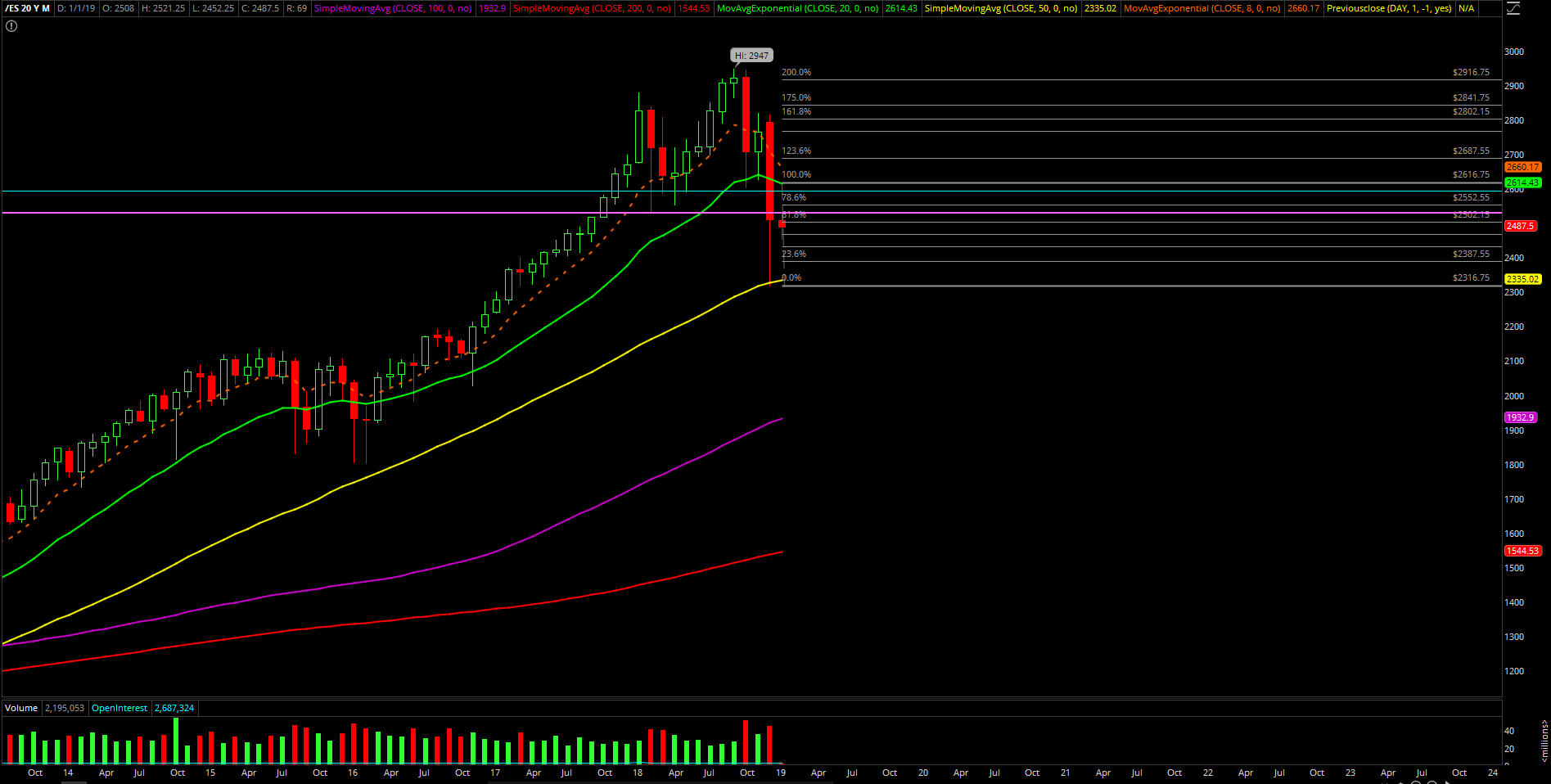 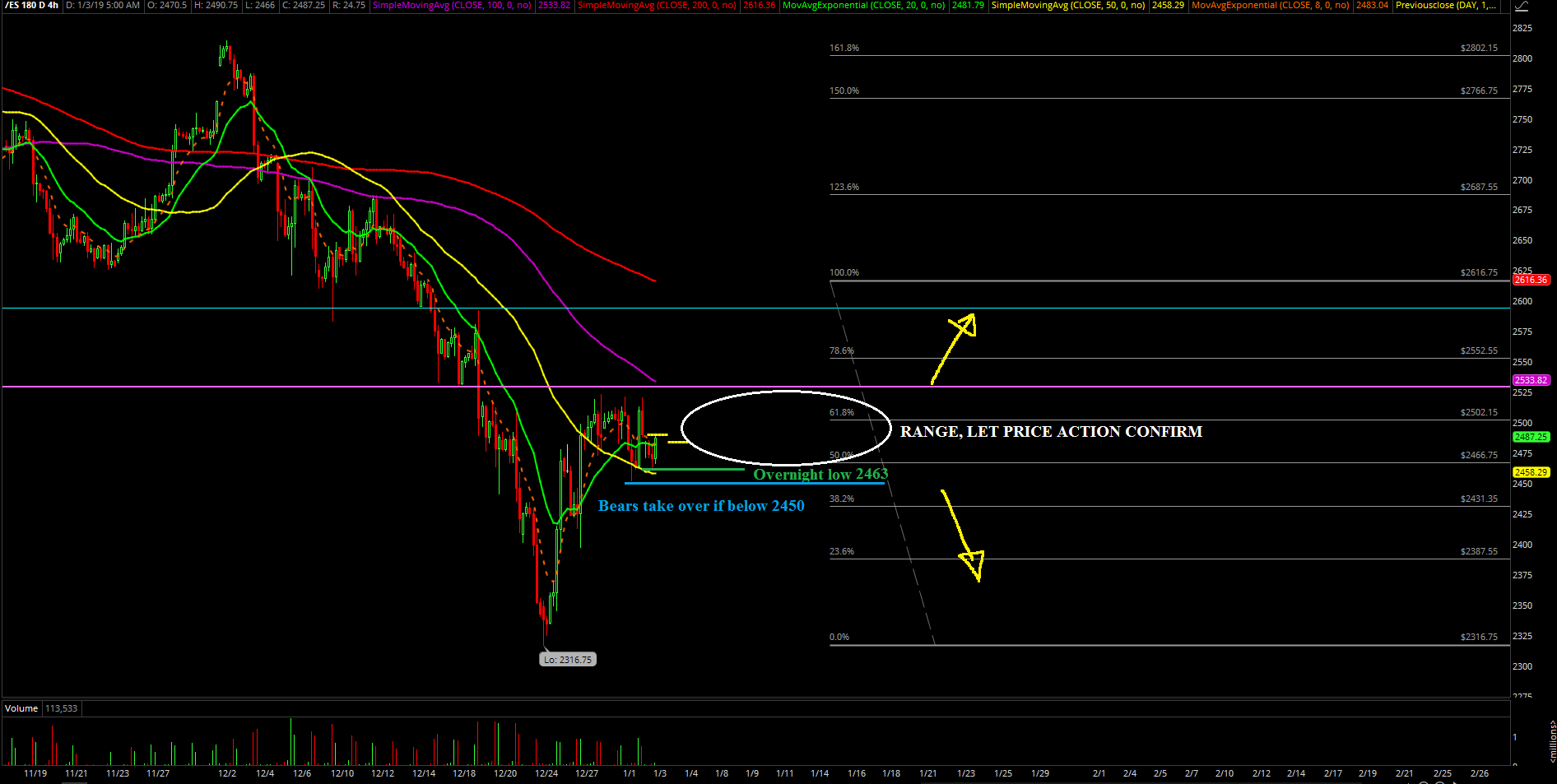 es jan2review4
Ricky Wen is an analyst at ElliottWaveTrader.net, where he writes a nightly market column and hosts the ES Trade Alerts premium subscription service.