The fourth week of August played out as a trend week down continuation given the context of the 4320s top from mid August. It was a slow trend week down because the majority of the selling occurred during Monday Aug 22 and Friday. Many market participants got trapped during Tuesday-Thursday range days in order to get that massive ES -3.3% liquidation on Friday (-4% on NQ).

Overall, it was a relatively tough trading week for most, but fairly straightforward for train riders. As demonstrated in the Ricky’s ES service, train riders nailed multiple low of day/high of week setups. In addition, traders have banked over +278 ES points as we head into August month end closing. The results speak for themselves, see chart and table below. 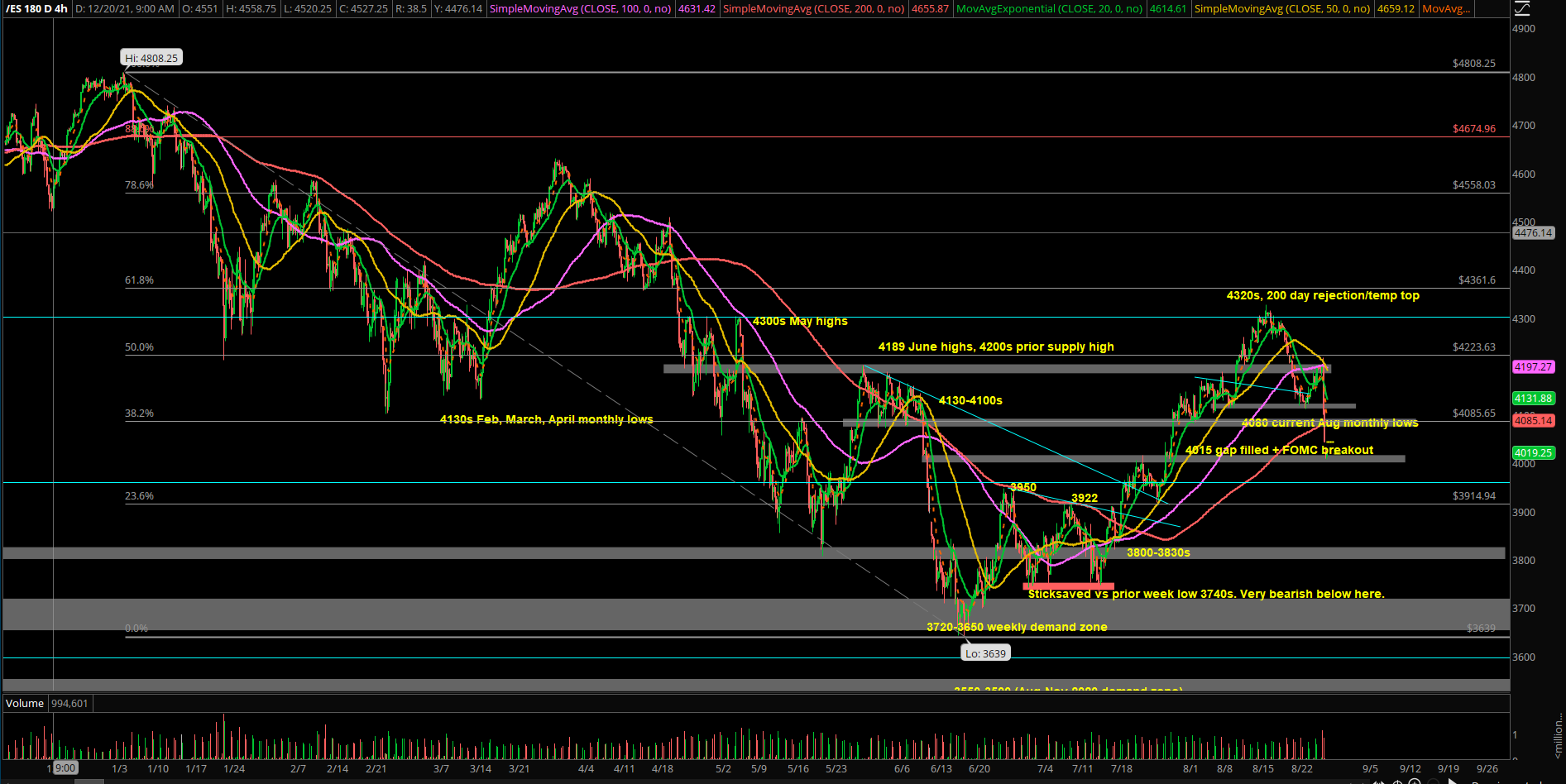 ES AUG28_REVIEW2
Ricky Wen is an analyst at ElliottWaveTrader.net, where he writes a nightly market column and hosts the ES Trade Alerts premium subscription service.