As noted over the weekend, the micro set up suggested another low in the complex early in the week before a rally could take hold.  But, so far, this rally is stalling out right at an a=c point in GDX and silver.  So, we are sitting at an inflection point.

In the bigger picture, the GDX is really going to have to rally up towards the 23 region to complete a bigger 5 wave structure to begin the next 1-2 watch for the break out over the downtrend line.  Until that next 5 waves up completes, I am still going to remain somewhat cautious.

As you can see from the 144-minute silver chart, we are sitting just below a downtrend channel, and an a=c rally target at the 16.05 fib level on the chart.  So, again, this also shows us an inflection point.

The GLD is quite sloppy during this recent rally up, so there is really nothing I have that is strongly suggestive of very bullish action in GLD just yet.  But, as I have noted in the past, the bigger picture in the GLD still looks quite bullish, especially with the technicals beginning to turn up again.

As far as the GDX is concerned, as long as we hold over the 21.70 region on the GDX, I can still maintain an impulsive count which can complete 5 waves up towards the 23 region.   However, should we break 21.70, along with silver being unable to continue through 16.05 strongly, it opens the door to a dreaded one more lower low, at which time I would be looking to buy a bit more aggressively.  But, for now, the market is sitting at an inflection point at which it will have to prove itself as being more bullish rather than corrective with upside follow through into tomorrow through resistance. 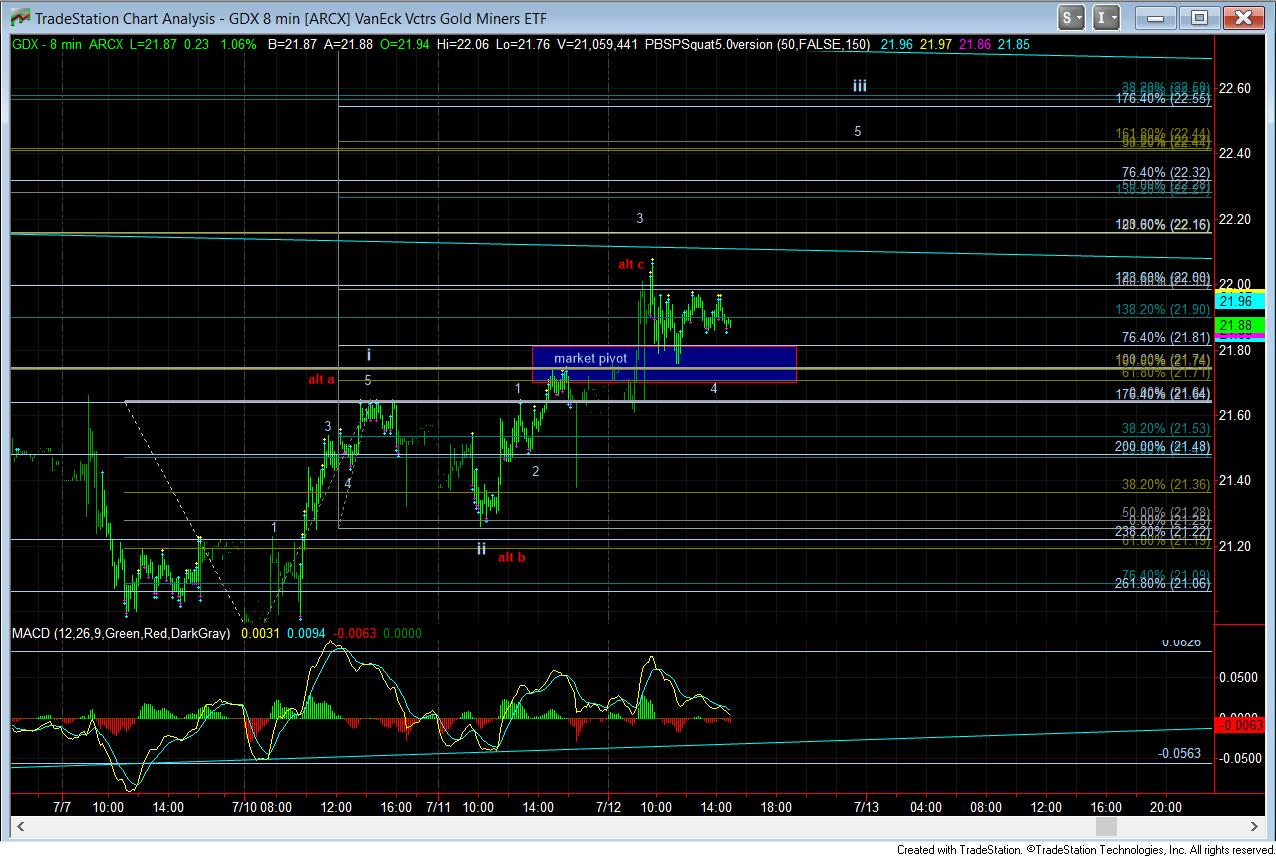 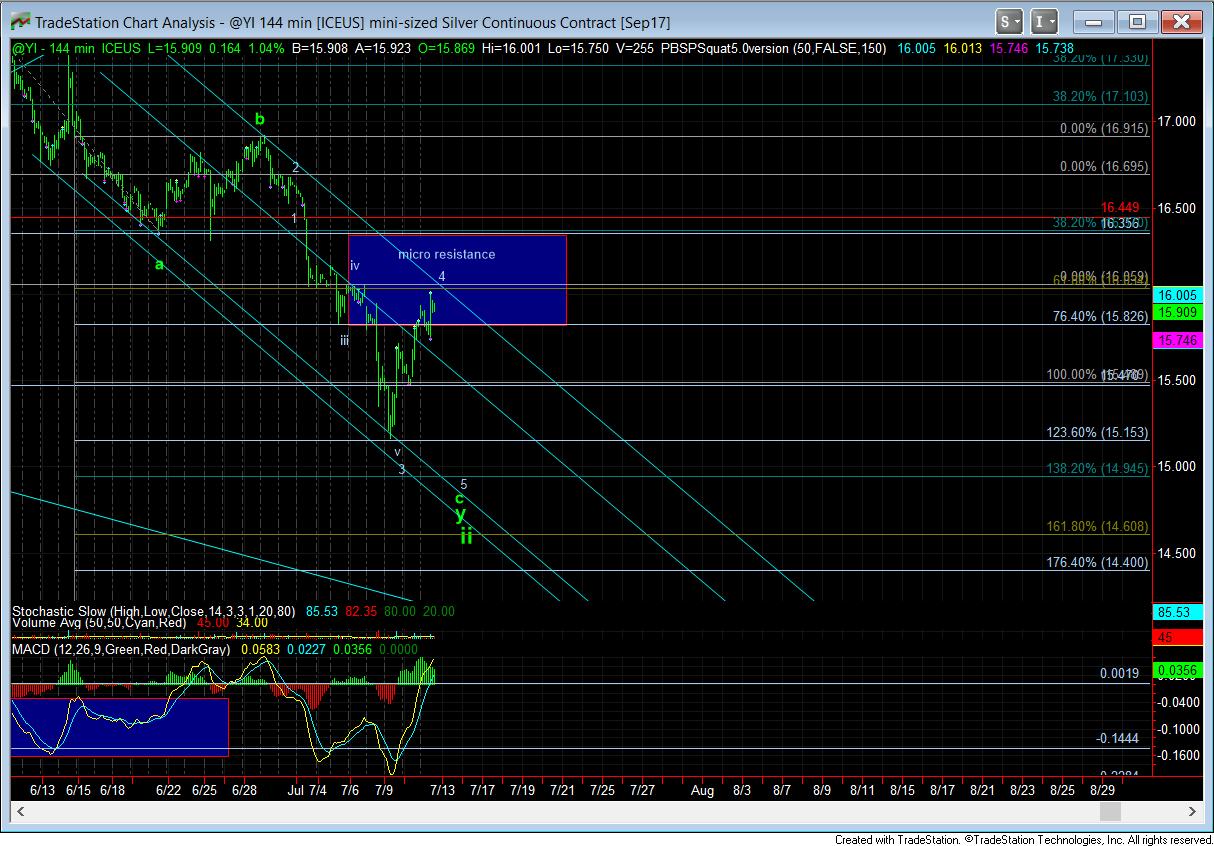