If this moves too much past that level I would likely have to revise the micro count and would then be focusing on the larger degree fib which comes in at the 10,038 level overhead. In either case, however, I still think is getting close to at least a local top even if this does grind a bit higher first. We will still need to get back under the 9325 level on the NQ level followed by a move back under the 9151 on the NQ level to signal that we have indeed struck a local top.

Until we break those levels then we still do not have any confirmation of this just yet, however, If we do indeed break those levels I then look towards the larger support as shown on the NDX chart at the 8820-8385 zone to give us a signal that we may have finally struck a top in ((1)) off of the March lows. If we can hold that level and make another high, then it would suggest that this current topping area is still only a wave (3) of that move up off of the lows, in which case we still need another higher high in a larger wave (5) shown in green prior to putting in a larger degree top.

We still have some work to do before we can confirm either of these topping scenarios, but as I have been noting with the counts getting as full so I am still certainly quite cautious to the long side here but still waiting for some kind of confirmation of a top before giving us any further signal that this may already be heading lower. 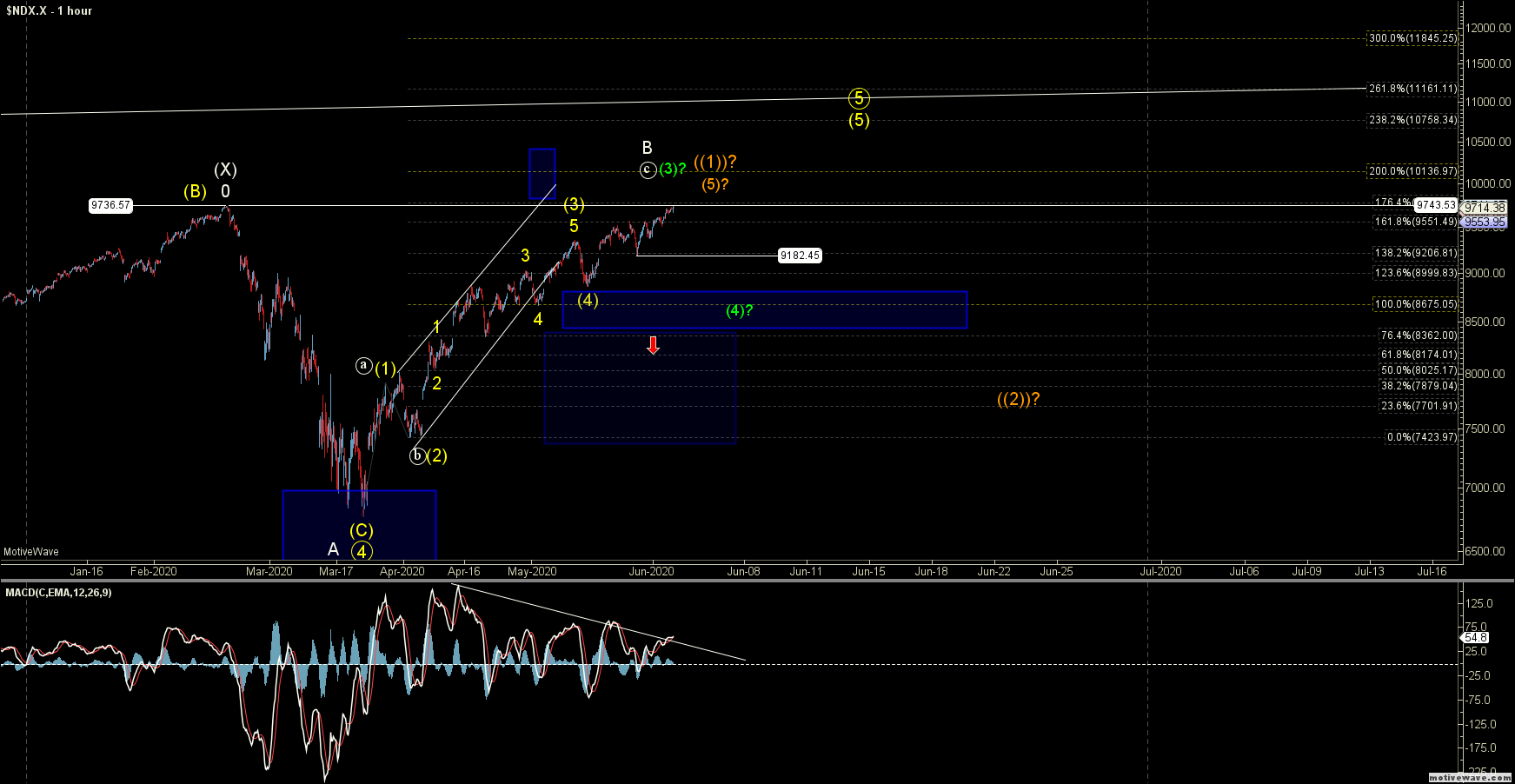