Price action got rejected and was unable to sustain Sunday night’s +20 run, meaning today (Monday) likely becomes a range day instead to digest a little bit.

As of writing, price is hovering around the 4430s on the Emini S&P 500 (ES), meaning it’s going to be a small -15pts or -0.3% gap down versus Friday.  We have to be aware of digestion/further weakness as price action trades back into last Thursday-Friday’s ranges.

Lastly, end of month+quarter in a few days, given the overall bull trend+stats, expect an attempt into as high as possible to be made. If no attempt or failed attempt, then you know something has changed underneath the surface as we head into Q4 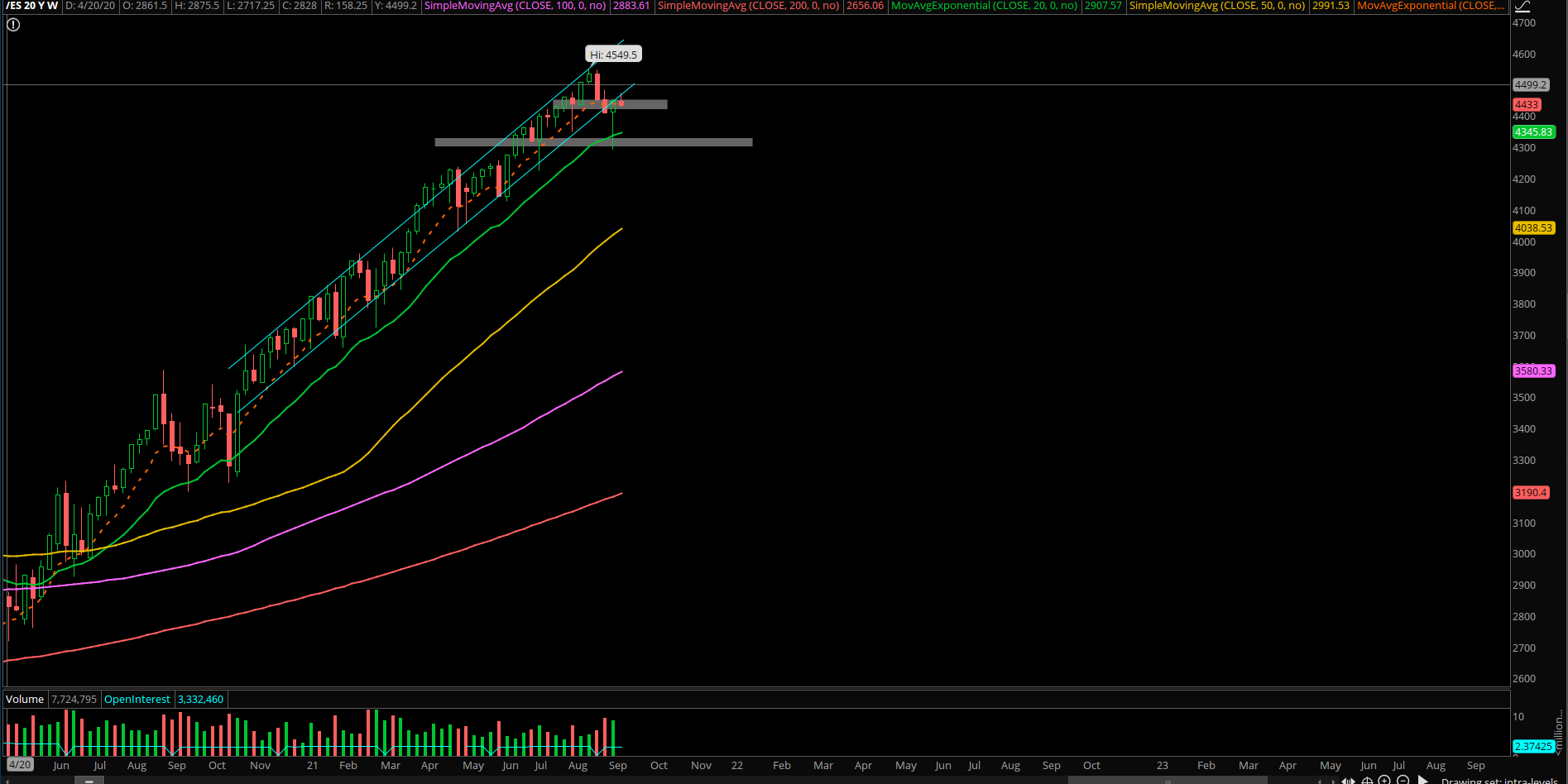 ES SEPT27_REVIEW5_pro
Ricky Wen is an analyst at ElliottWaveTrader.net, where he writes a nightly market column and hosts the ES Trade Alerts premium subscription service.