Wednesday’s session played out as a typical range day given that price action needed some healthy digestion. Price action remains ultra strong as bulls are not even allowing a 23.6% retracement of this week’s range (3840s-3650s). Price action bottomed out at 3807s on the Emini S&P 500 (ES) during Wednesday’s RTH.

The main takeaway remains the same -- we’re treating this week’s low as in from the 3650s double bottom vs January monthly low and that the bull train is likely gearing towards 3976 measured move (derived from many months ago). In addition, NQ/tech is firmly leading the V-shape recovery and sporting the same daily 8/20EMA grind up posture as ES. Keep a close eye on this momentum follow through in the next few sessions. Given the high level consolidation/tight bull flag, the market is going to be attempting an acceleration breakout into new all time highs for all the US equity indices.

Wednesday closed at 3832.5 on the ES as a doji where it opened where it closed. It was a healthy digestion as internals and some key moving averages have caught up to speed given the swift V-shape recovery 3650s->3840s. The week’s trend is up and the overall context remains bullish so it’s not hard to put 2+2 together for end of week expectations when above support. 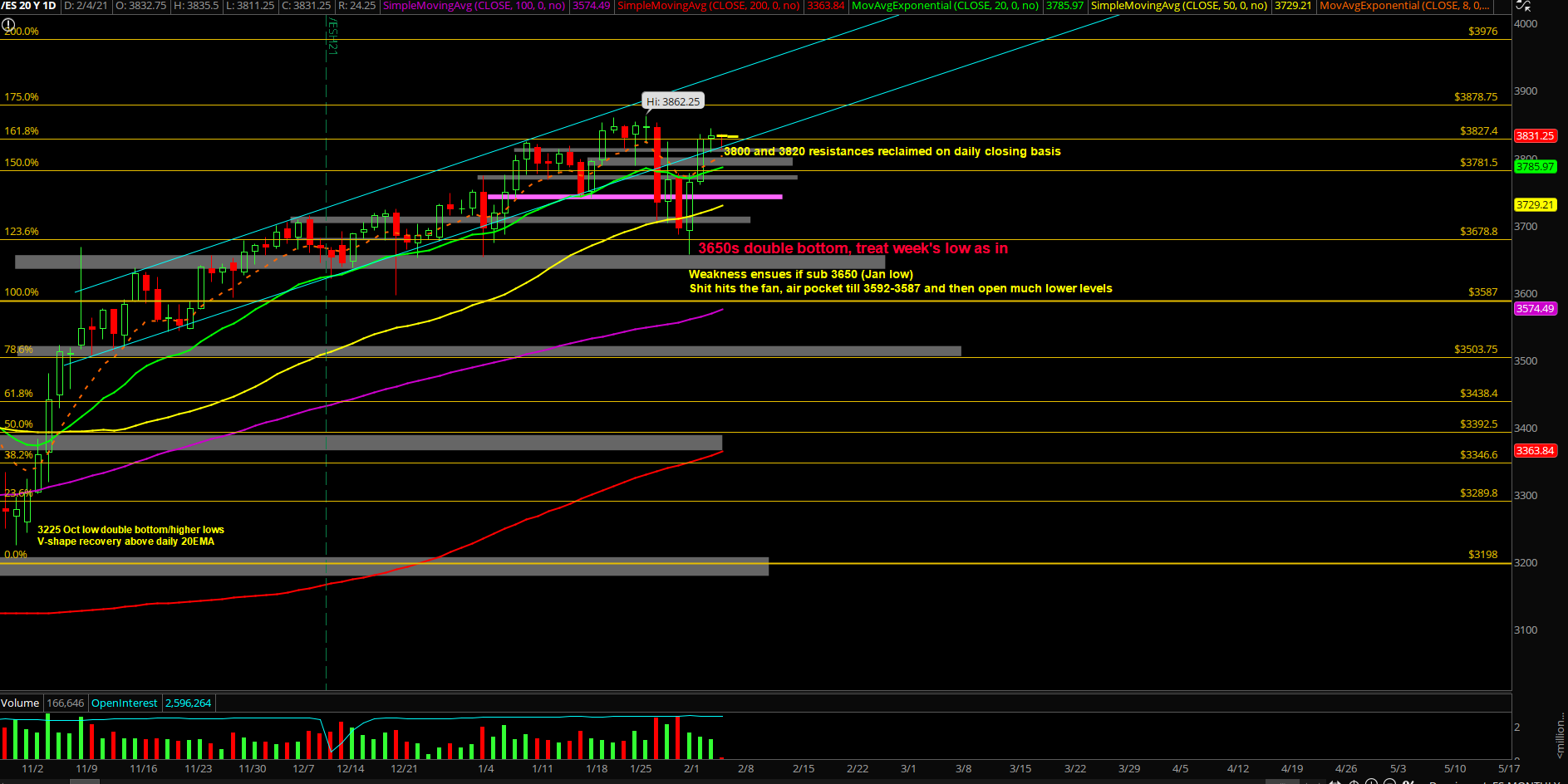 ES FEB4_REVIEW5
Ricky Wen is an analyst at ElliottWaveTrader.net, where he writes a nightly market column and hosts the ES Trade Alerts premium subscription service.