We came into the week expecting a few more “squiggles” to the downside, and we are almost there.  With Tuesday taking us to lower lows in everything but gold, the market certainly now has enough waves to the downside to consider this downside complete.  Moreover, there is even a 5 wave move off the lows in the GDX and silver.

However, before we get too excited about the 5 waves off the lows, we have to make certain that it is not a c-wave in an expanded 4th wave flat, as presented on the attached 8-minute GDX chart.  That means that, by tomorrow, the market has to take out the last high we just made today in silver and GDX, and begin a bigger 5 wave structure higher.  That will go a long way to begin the process of moving back into a bullish trend, and potentially start a 3rd wave off the lows.

Yet, before I get you too excited, I have to note that the MACD on the 144-minute silver chart presents a strong fractal for another drop tomorrow to complete the last squiggle lower.  As you can see in the notations on my 144 minute chart, I have aligned the MACD with the November bottom with yellow and green arrows, which seems to suggest one more drop to complete the last squiggle.

When the market gave us that 4th wave rally off the 2nd to last low in November, the MACD came up to the level we now find the MACD on this current rally – as noted by the yellow arrow.  And, when the market dropped in its micro 5th wave to a lower low in November, the MACD had a very small pullback (as noted by the green arrow), since the final squiggles are generally not technically strong.  If we see the same pattern play out, we should see a lower low this week in price, but with a much higher low in the MACD, similar to what was seen in November.  But, that is the most I would expect we “should” see in the downside structure, if we see it at all.  Remember, the market can begin confirmation of a bottom with a break out over the last night high made in silver as early as tomorrow and continue up towards at least the 17.50 region for a bigger 5 wave structure off these lows for wave (1) in green.

So, the silver chart suggests that tomorrow will likely tell us if we get that final squiggle based upon the MACD set up, or if we simply break up and out based upon the green i-ii structure presented on the attached 5 minute silver chart. Either way, I still think that we can strike the important low as early as this week, which falls in line with my expectation that this correction can complete before the end of 2016, as noted this past weekend. 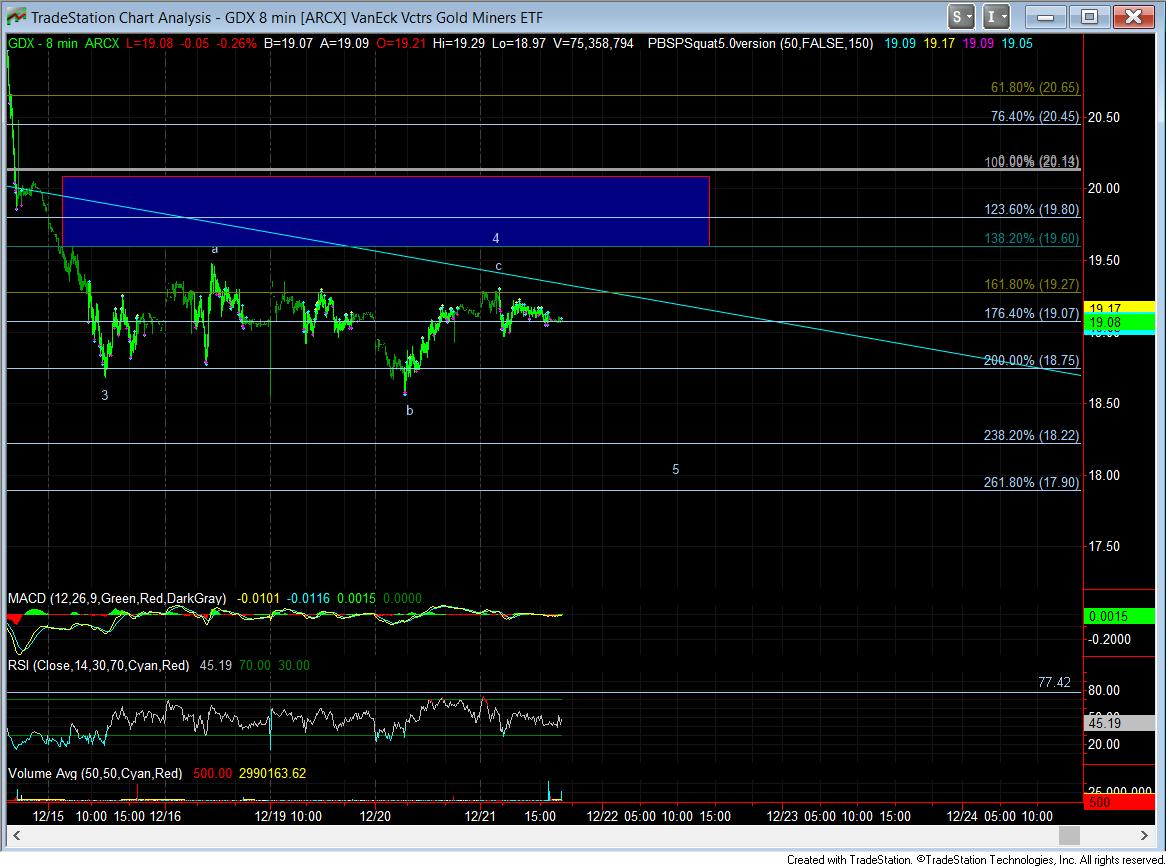 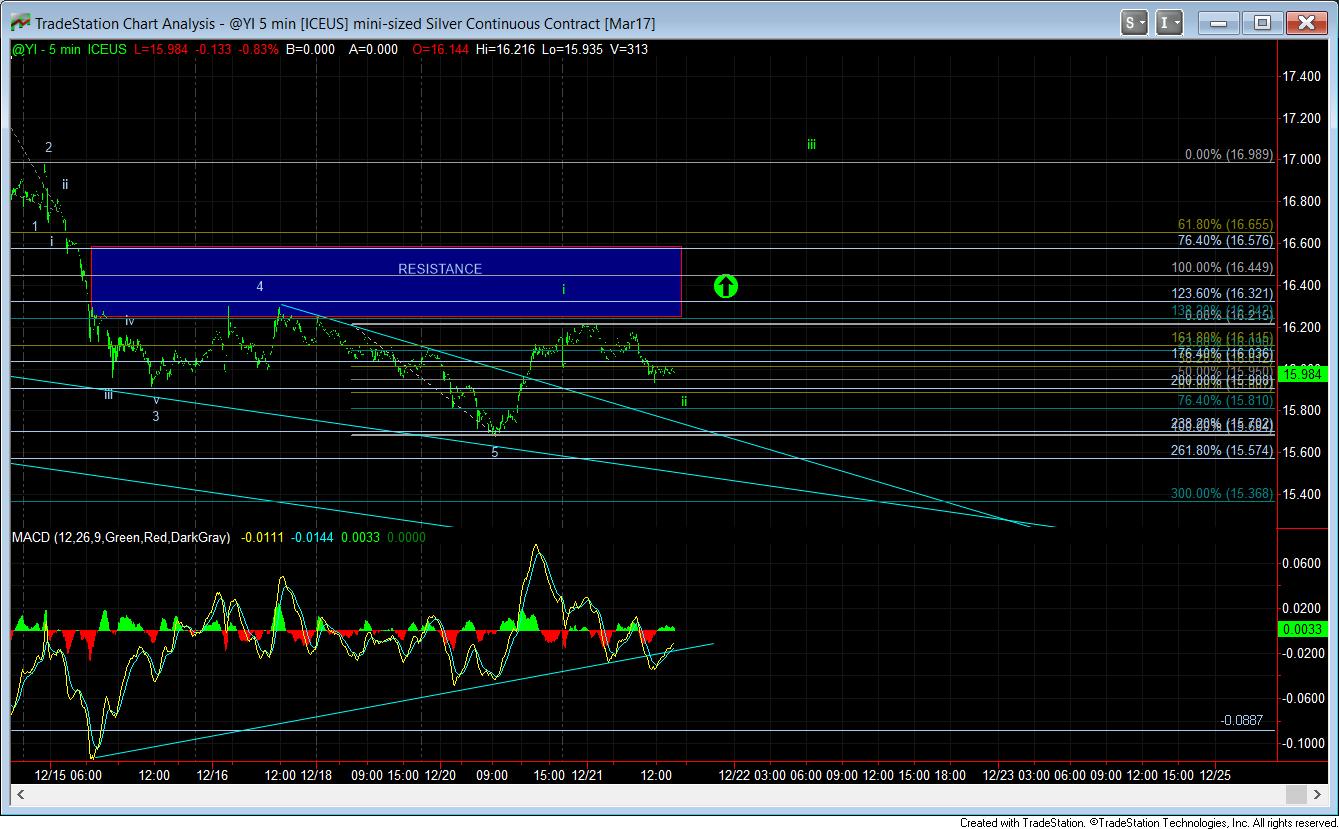 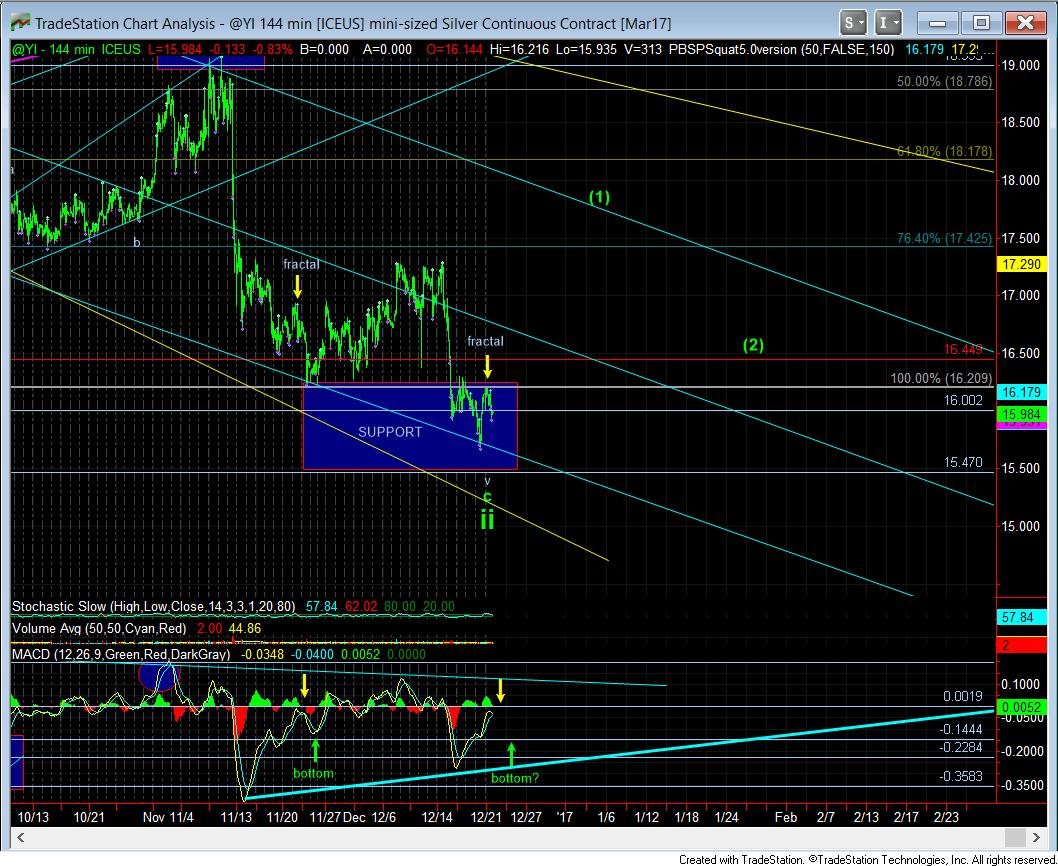