Since everyone was so frantic earlier today in the miners, with good reason, I put out an update quite quickly.  But, now that I was able to take some time to reflect, I can be a little more clear about my thoughts.

First, while my expectation was for the 28.50 region to hold, I do apologize that my expectations were off this time.  I wish I could say that I was always right, but, clearly, that is simply not possible.  While we have done very well in the metals throughout the years, there are times like this when my primary expectation will be wrong, and I do apologize for those times.

But, in prior analysis over the last few weeks I explained that if we broke the 28.50 support, it suggested we could drop towards the 27 region.  But, I genuinely did not believe we would see that in the same day.

After reviewing the charts and running a number of different calculations and scenarios at this time, there is no question that the lack of real pullbacks in the GDX has not given us the highest confidence as to where to put 2nd waves in this rally.  And, since our Fib Pinball method is based upon an appropriate identification of 2nd waves, it has made it a bit difficult, and was likely why I was wrong in my expectation for 28.50 to hold.  I have discussed this issue many times in the past.

However, I noticed something after scrubbing the charts, and taking fresh looks at them this afternoon.  I have been struggling to see how they all can maintain the same count with the current pullback in the GDX breaking upper support, with silver seeing such a deep pullback, yet GLD maintaining such a high consolidation – but at the same time, with GLD having lagged all this time on the way up.  And, I think I have been looking at it backwards.  You see, if I am looking at the GLD as actually leading, then I want to present a count which aligns all the markets together.

While this count is clearly not set in stone, and I will also tell you where I will abandon such potential, it does align the markets quite nicely.  This perspective would have this pullback being a wave 2 of wave iii in all charts.  It would explain the depth of the silver pullback, and it would also explain this pullback in the GDX.  Moreover, since silver often double tops, it led me to look at silver in a slightly different way, and to count its 1-2 of wave iii as presented in blue.

Now, this means that the GDX can pull-back to the .618 retracement of wave 1 of iii, which would be in the 25.75 region.  This would make a lot of sense to me since it does not look like GDX has completed this downside structure just yet.  I still would prefer to see a sizeable wave 4 take us higher before assuming we have completed this downside structure.  But, if we break the 25.75 level in the GDX, then it makes this alignment scenario much less likely.

Of course, due to the break of support, there are still several other potential patterns at play here, and I and the other analysts have outlined them and they are on my GDX chart.  But, I have to reiterate that as long as the GLD maintains over the 124 level, this alignment scenario makes a lot of sense to me.  I want to take time to review the miner charts with our EWT Portfolio management team tonight o review the individual miners after this decline to see how this aligns with all the underlying stocks as well.  But the last time we looked at them there were still a number of them that could support this i-ii, 1-2 structure.  I will hopefully report by this weekend’s update what we see.

Now for those of you looking at my GDX chart, you are likely right if you think I have made my BUY box a bit bigger.  The reason I have done so is because I have to account for 3 different potential wave degrees within this buy box.  So, it starts at the .618 retracement of what may be wave 1 of iii, down to the potential of a .618 retracement for a larger degree wave ii.  That is why it has been enlarged a bit if you were wondering.

So, as we approach the Fed’s decision, we will clearly have a catalyst on Friday which can tip the scales for us.  I am hoping that we will have much more clarity by the end of next week after we see the reaction of the market after the Fed announcement, and we can narrow down the possibilities on the chart, and develop a higher confidence direction for the rest of the year.

There is one last issue I want to bring up.  I know many of you likely feel terribly bearish after today.  And, some of you are even considering the likelihood of lower lows in the complex.  So, I want to address that concern.  I still maintain that the likelihood for lower lows is estimated to be around 30% at this time.  For this reason, as the greater probabilities suggest that the bull market has begun, I will continue to analyze the market from the bullish perspective, and will be looking how to resolve issues within the charts from the bullish perspective.

I hope this answers the many questions I am certain you have, and if I have not, please do not hesitate to post them and I will try to get to them later tonight. 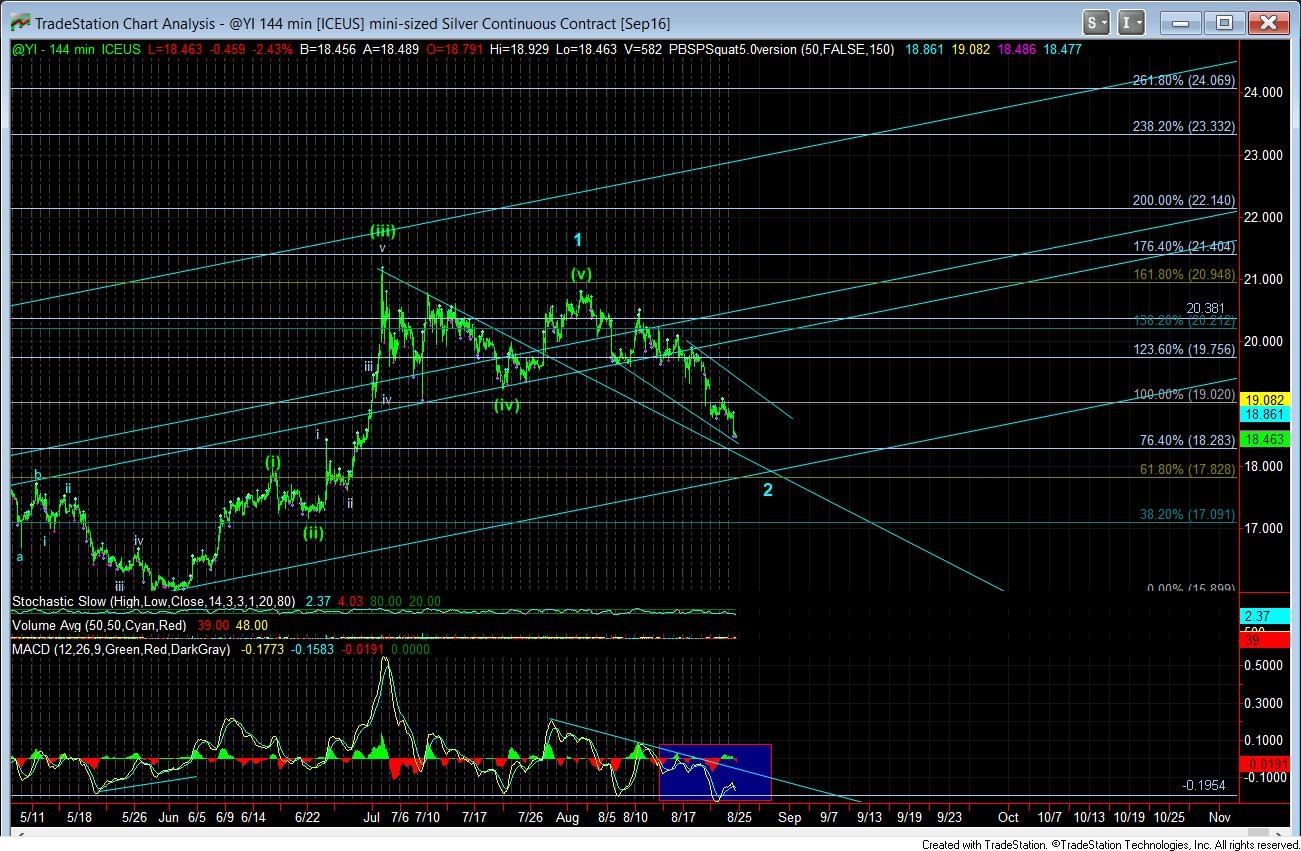