While possible this is still a very high (b) inside the circle b as an expanded flat inside the B wave retrace, it really looks like 5up now off the Oct low... That means that this can be a larger a wave in a sharper zig-zag up for the bounce a B/(B) inside P.4 (shown in blue on 2hr) or potentially 5up as wave i of an "attempt" at an alt 5th getting OMH in the (5) of P.3. (not shown but simply replace the blue "a-b" with a "i-ii" (maybe in green).

Over the years I have seen many "b-waves" present as a "fake" 5up only to fail, so pardon me if I do not seem overly enthusiastic about this potential, it is also possible that this "(v)th" off the Oct low stretches more toward 2840 as just a circle c wave of B from a more shallow than expected circle b wave. I think that it is prudent still to approach this market as though P.4 has started or that any further attempt at a 5th will be unsuccessful. In StockWaves land we have been discussing which sectors or ind names have the best chances at "eeking out" new nominal highs or which could be drivers an an attempt at the same by the market as a whole. But it is very important to recognize the damage done in Oct to the breadth of bullish setups that SHOULD have been the leaders for that 5th wave.

However you count it, a corrective retrace back to the 2700-2680 region will present a setup for longs. I plan to trade it too, just like I planned a swing attempt from the deeper red b, but I will not let the emotions of a potential move back over the 2800s blind me to the risks in this market now. In StockWaves I will be watching for the next dominoes starting to tip. 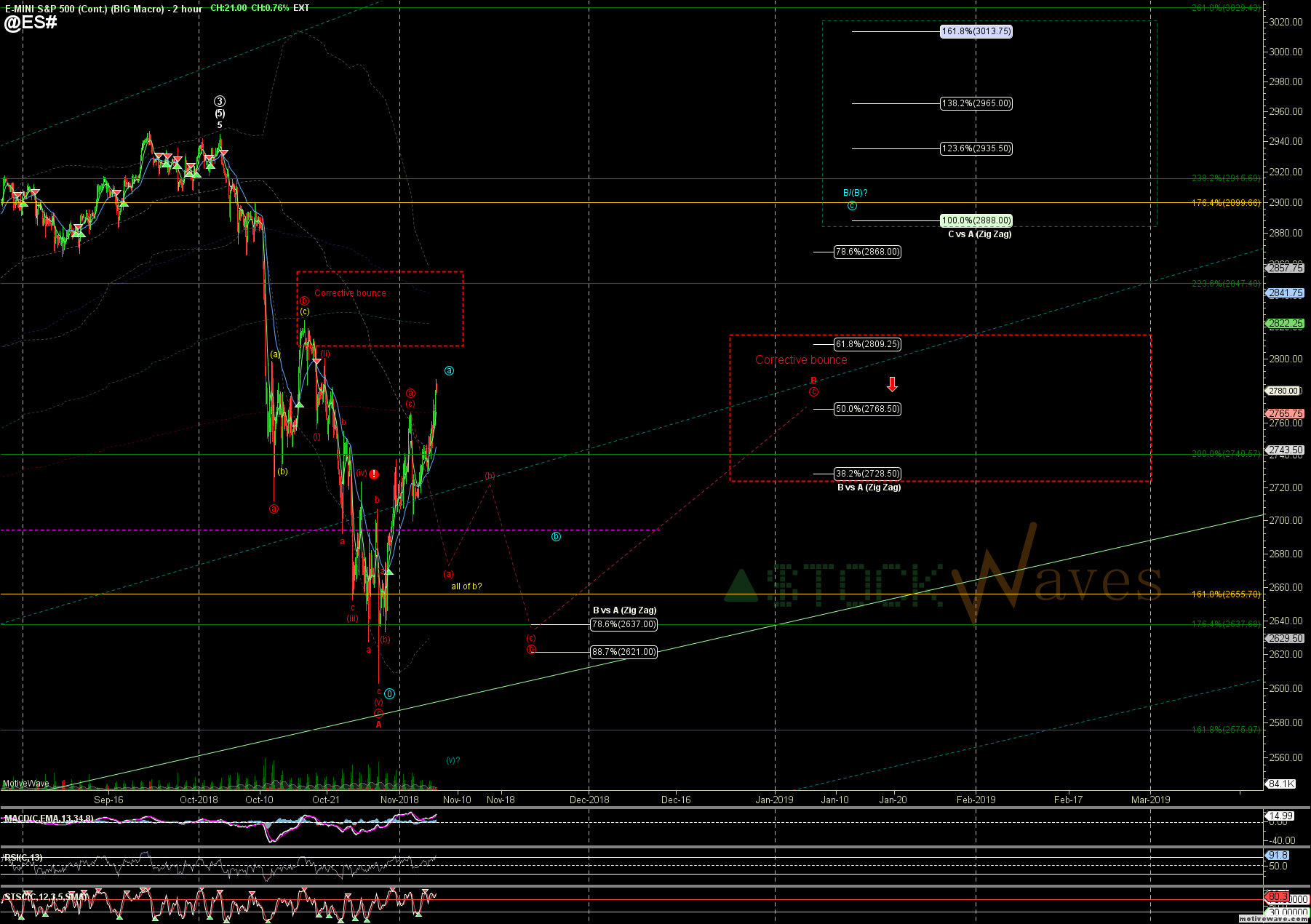 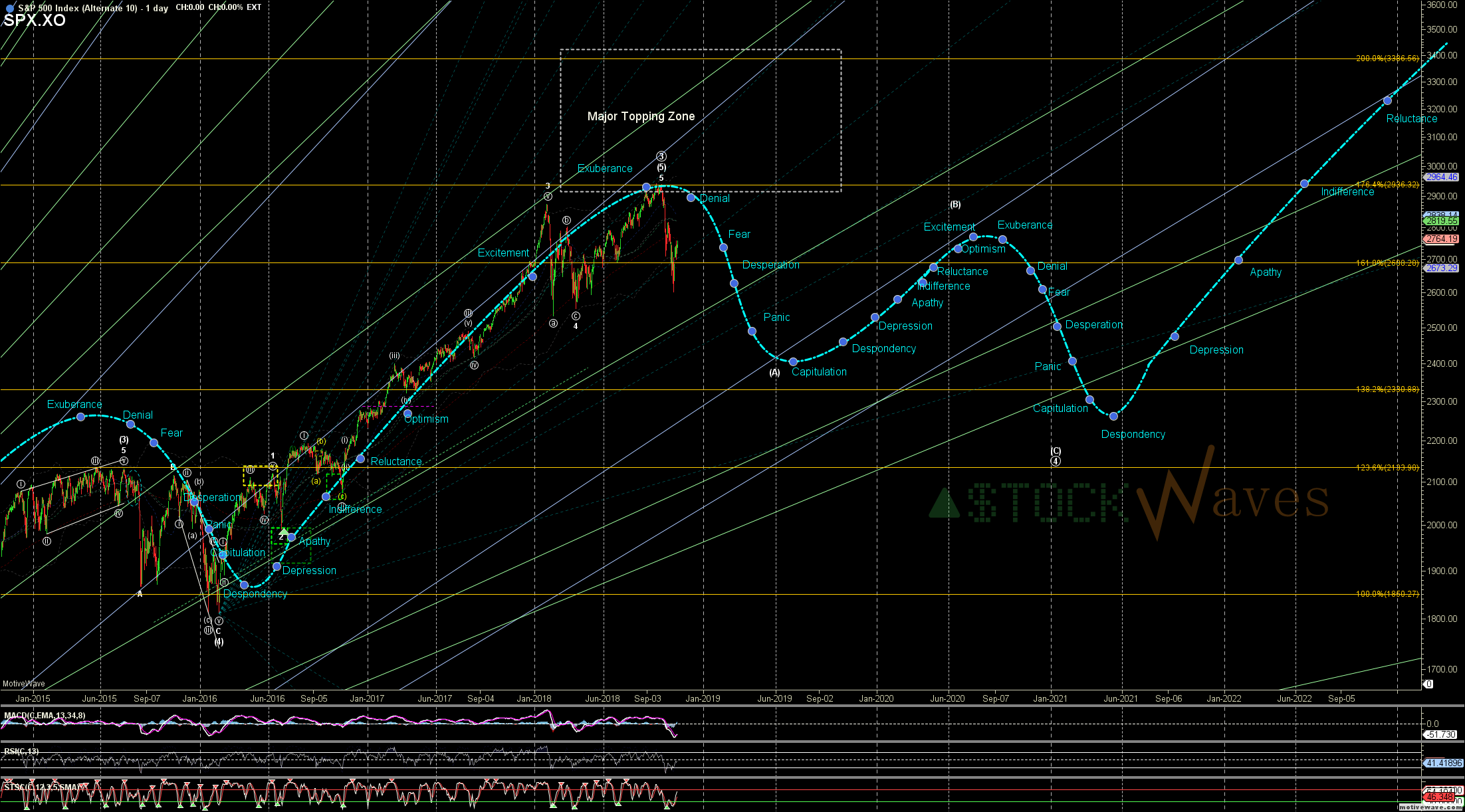 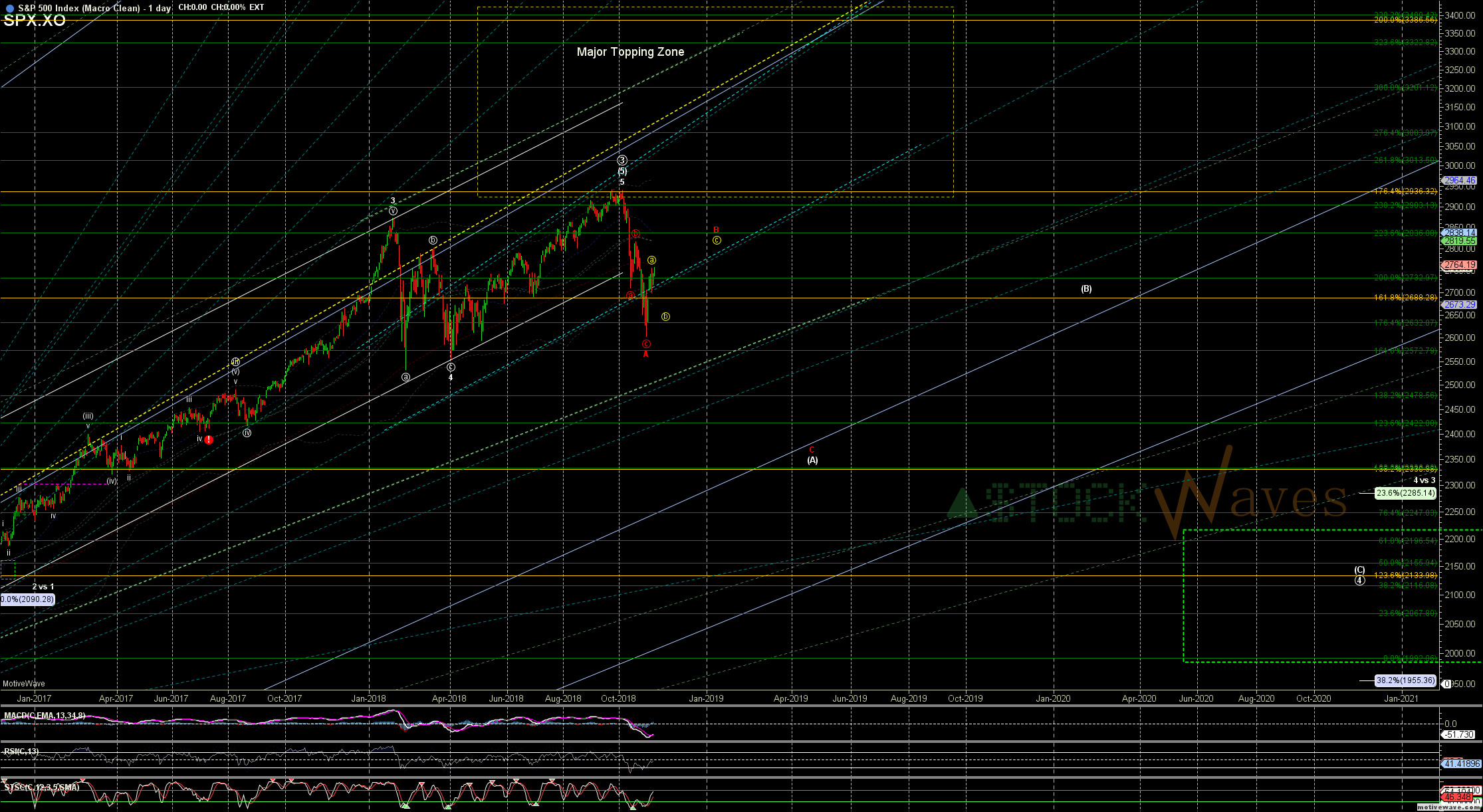 @NQ# - Primary Analysis - Nov-07 0805 AM (2 hour)
Zac Mannes is a senior analyst at ElliottWaveTrader.net and co-host of the site's Stock Waves service, which provides wave alerts and trade set-ups on individual stocks.