In addition, no short-term directional trend that has outlasted for more than 2 weeks before it reversed into the other side testing extremes. Whipsaw environment/massive rangebound.

Thursday April 21 bulls fumbled and failed to sustain a gap up and go breakout above ES 4500 and NQ 14280 key levels and produced a massive intraday rejection that closed at the lows.

Friday April 22 bears took the previous day’s momentum and the week’s context to liquidate further into the downside. Ultimately, price action made new monthly lows for April on both ES+NQ. FYI, ES is down 5.3% from 4500s Thursday high to 4260s Friday close, NQ is down 6.5% from 14280 Thursday high to 13350s Friday close.

The biggest risk/concerns here are the weekly breakdown range back into extremes lows of ES 4100 and NQ 13000 in the following week(s). Massive earnings week so must respect the risk.

There are many different aspects to my reports, execute on your own timeframes. KISS. 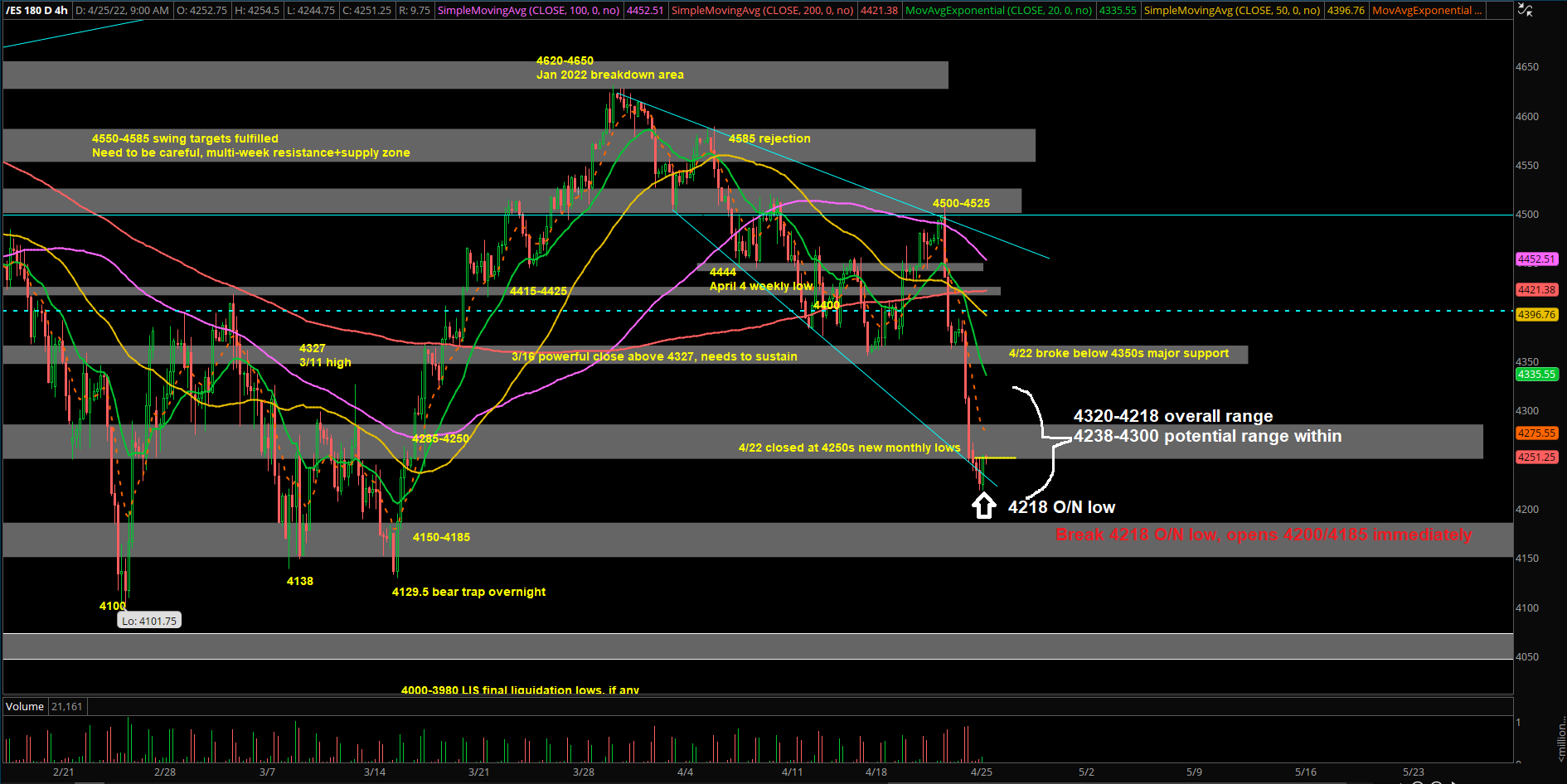 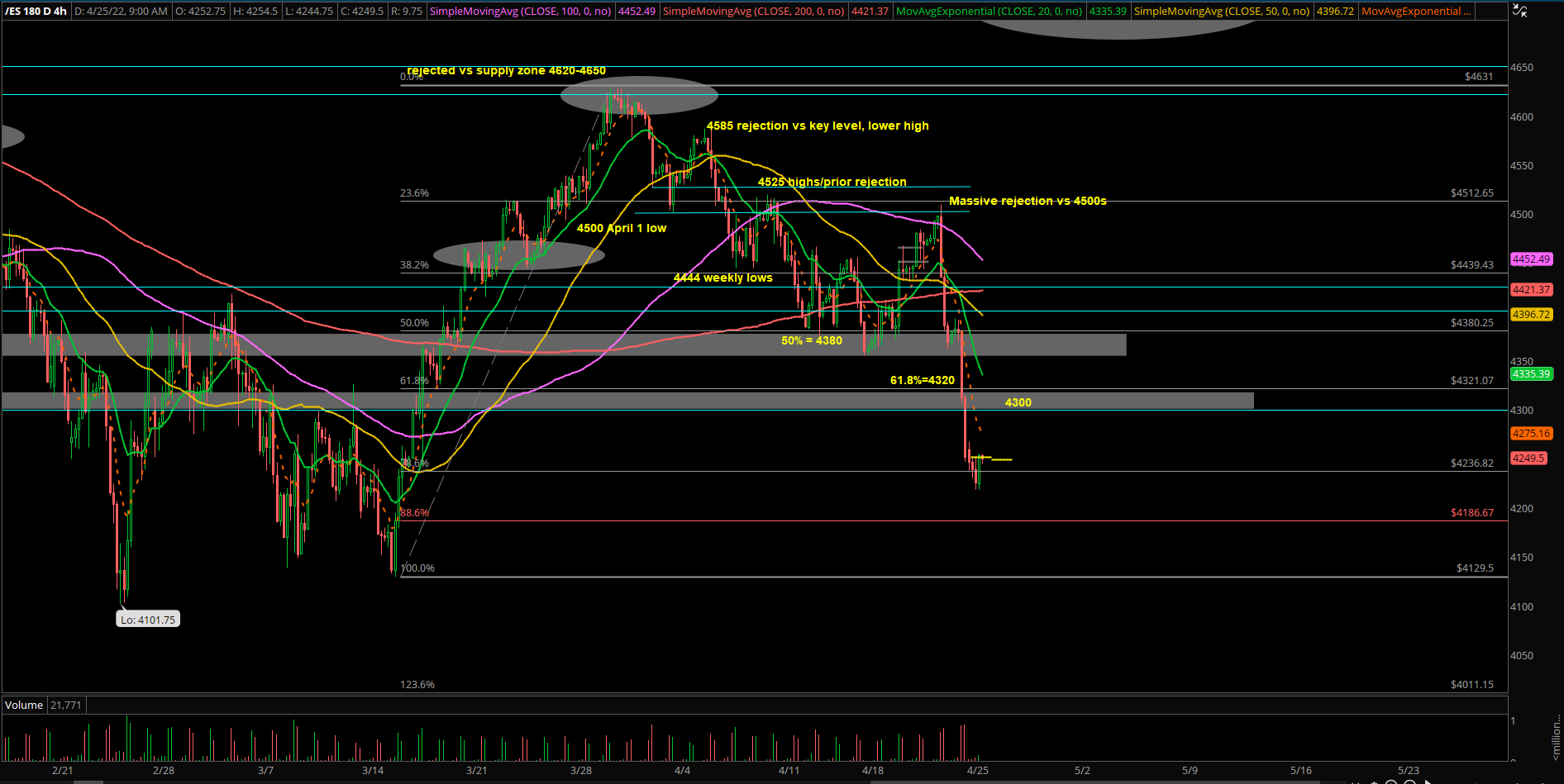 ES APRIL25_REVIEW2
Ricky Wen is an analyst at ElliottWaveTrader.net, where he writes a nightly market column and hosts the ES Trade Alerts premium subscription service.