(could skip to Current Parameters section for actionable part, but context is king)

An change of scenery since Weds March 16th confirmation:

The rally from 4100s to 4600s has played out in a V-shape recovery mode which was not surprising given our reports from the past 2-3 weeks.

If you recall, we had a major support zone of  4150-4185 alongside with the Feb lows at 4100. Then, the change of scenery/higher lows confirmation that came on 3/16 FOMC with ES price action’s DAILY closing  at 4350~. As demonstrated in real-time, during 3/16, we managed to scoop up 8 best in breed names at the lows when ES backtested the pre-determined intraday 4250-4285 support where ES bottomed at 4242 and closed at 4350! Also, played some longs on indices and VX/vol collapse shorts. Now, market is back to top end of the range so need to be careful, won’t be as easy imho.

There are multiple different timeframes in this report, know which one you are operating and executing on. Very different gameplans and goals, know yourself. 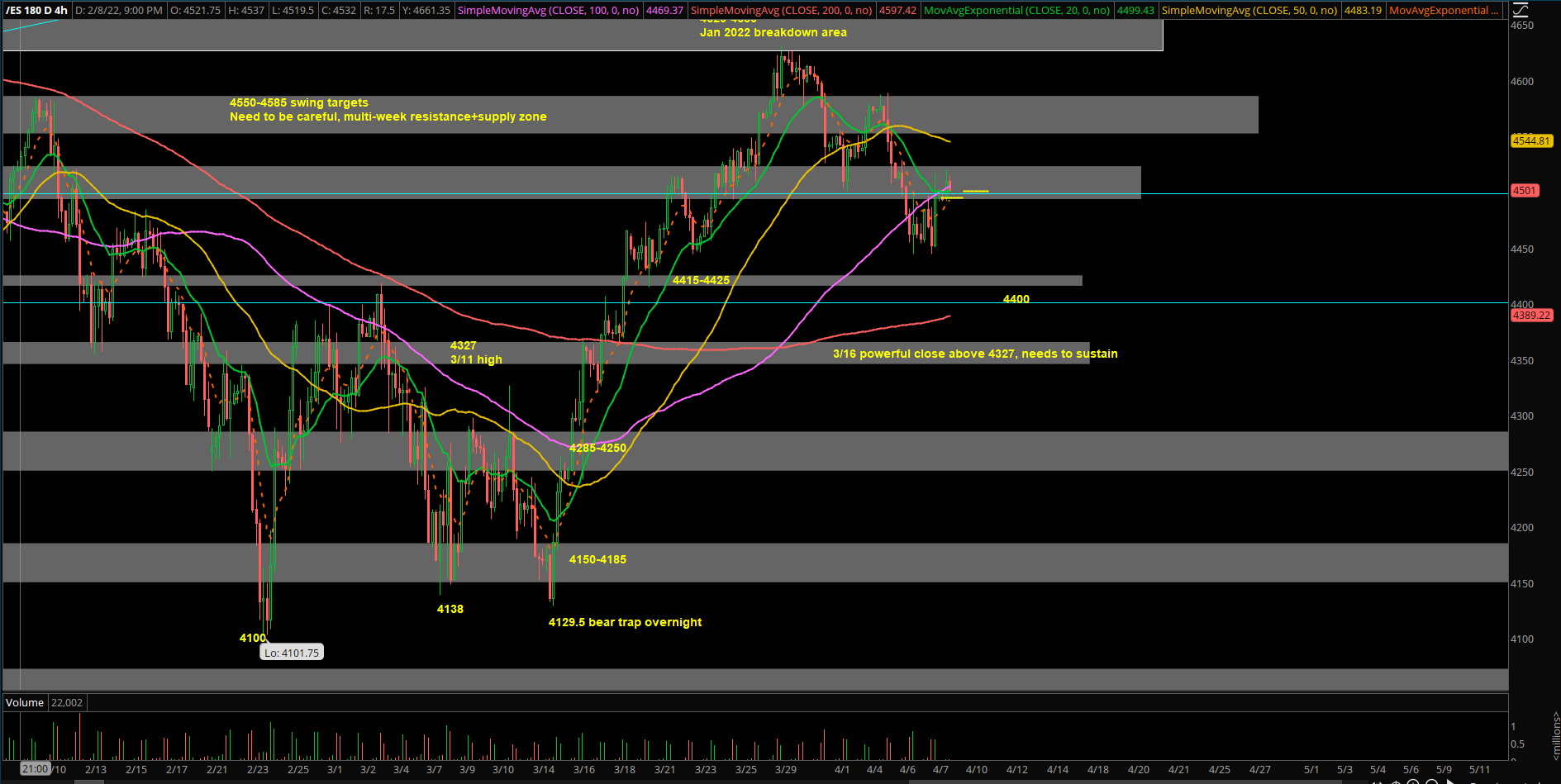 ES APRIL8_REVIEW2
Ricky Wen is an analyst at ElliottWaveTrader.net, where he writes a nightly market column and hosts the ES Trade Alerts premium subscription service.