An change of scenery since Weds March 16th confirmation:

The rally from 4100s to 4600s has played out in a V-shape recovery mode which was not surprising given our reports from the past 2-3 weeks.

FWIW, S&P 500 April seasonality has been historically quite bullish with an avg return of +2.4% for the past 20 years with a 80% win rate. Keeping our minds open if price action starts to confirm on whichever scenario the market clues us into. Very different timeframes in various sections of this report, know your own timeframes and execution ruleset. KISS. 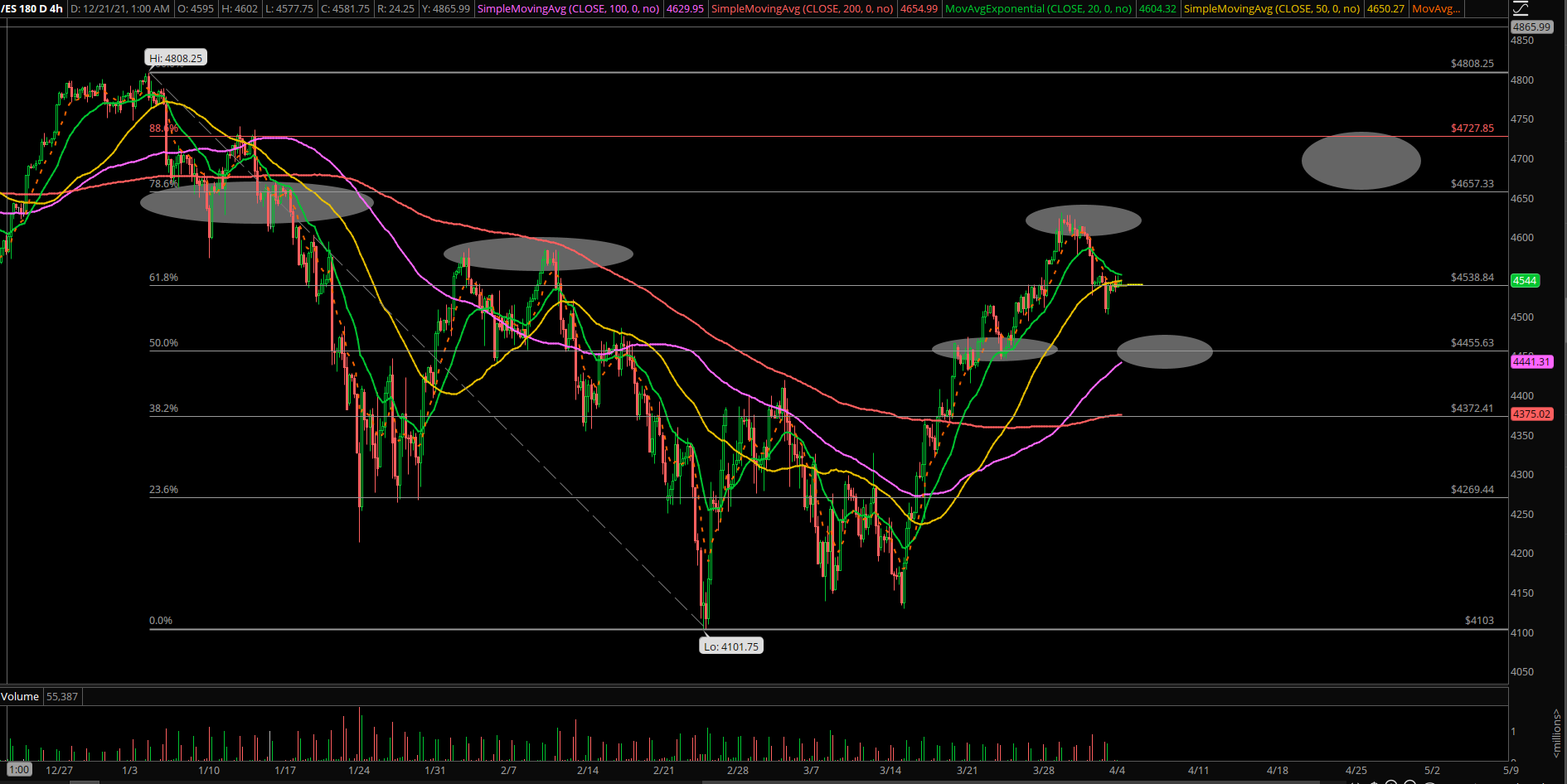 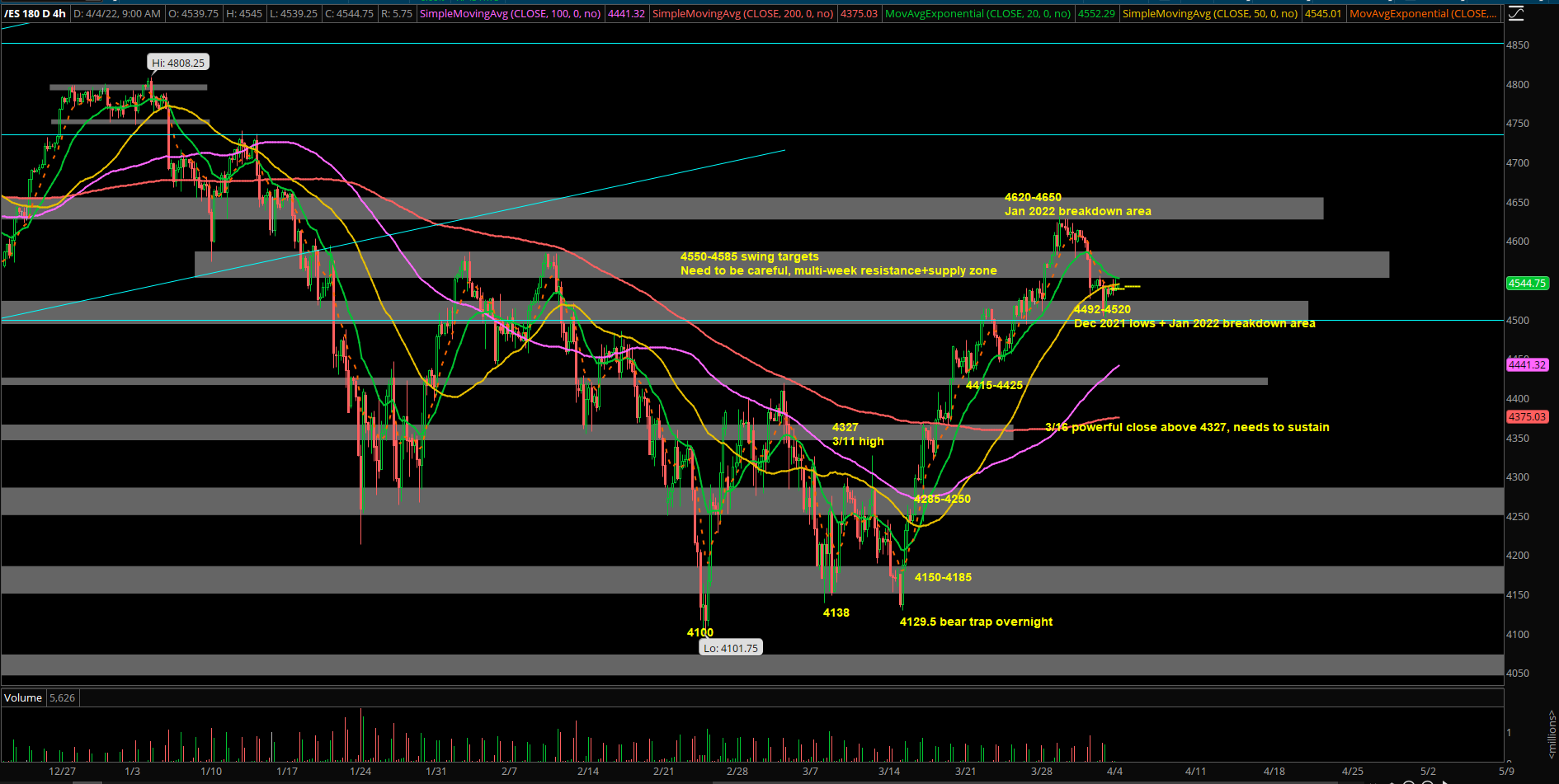 ES APRIL4_REVIEW2
Ricky Wen is an analyst at ElliottWaveTrader.net, where he writes a nightly market column and hosts the ES Trade Alerts premium subscription service.