February was a grind-up month that closed around the midpoint of the monthly range indicating that price action needed some healthy digestion/consolidation in order to refuel the bull train to eventual higher highs. 3959.25-3656.5 was the overall monthly range on the Emini S&P 500 (ES) as price closed up at 3807 on Friday Feb 26th.

The main takeaway is that we’re still navigating this important short-term battle within the context of the longer bull trend. Short-term price action still remains bearish given that price are below our key resistance levels such as 3850 and 3878. However, we’re closely monitoring the potential massive feedback loop squeeze setup that bulls are trying their counter assault from Friday’s low of 3785. The next 2-3 sessions could potentially give us significant clues on how the rest of March will go. Will the low of the month be established or will bears obliterate that idea? Find out soon with the train conductor.

The end of Feb closed at 3807.75 on the ES, below some key resistances such as daily 8+20EMA indicating short-term bearishness. However, the pullback/backtest into support for the past 2 weeks has been quite methodical and controlled. This means that bears are not doing anything that is damaging to the intermediate or macro timeframe charts. 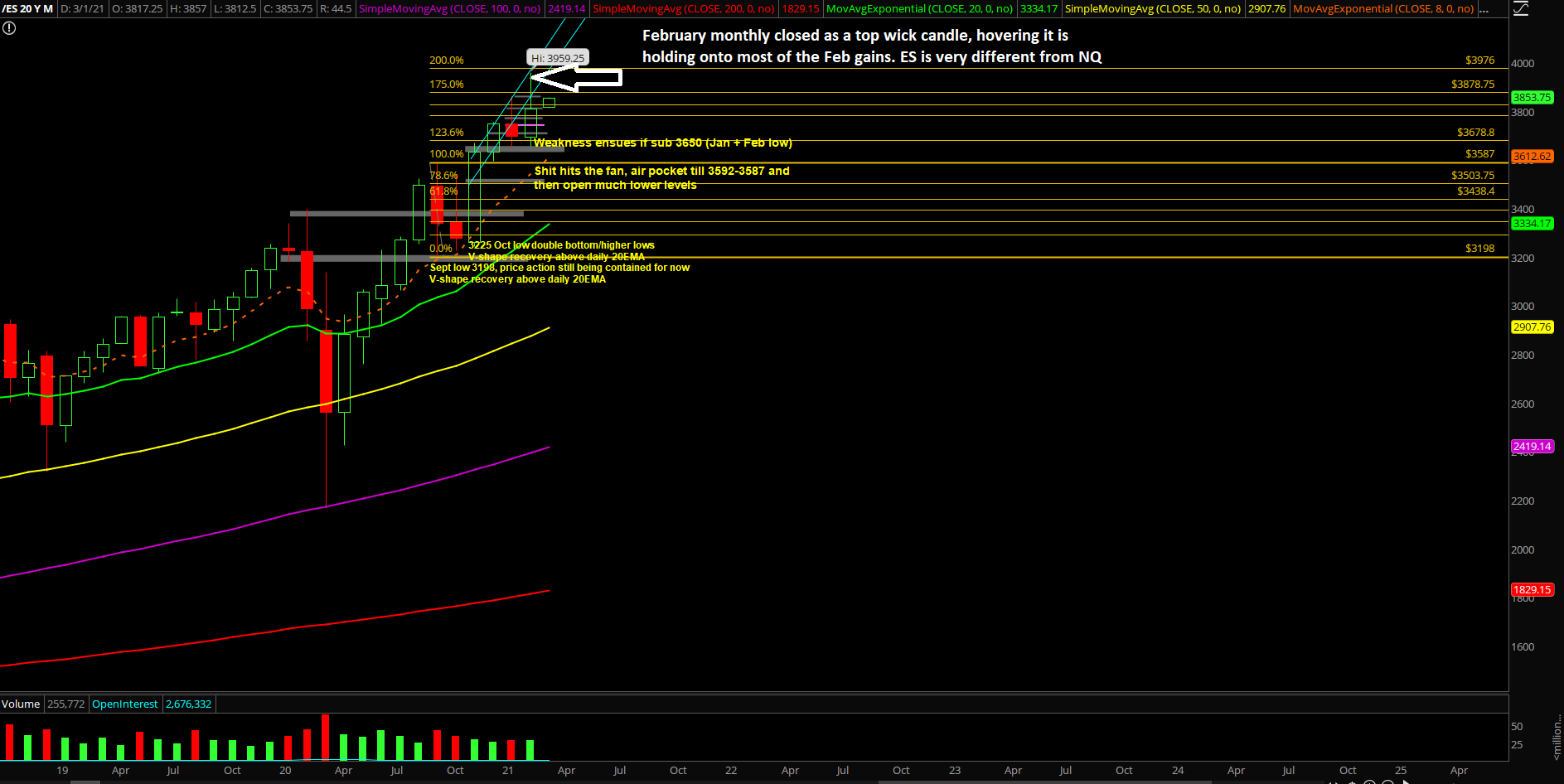 NQ MARCH1_REVIEW
Ricky Wen is an analyst at ElliottWaveTrader.net, where he writes a nightly market column and hosts the ES Trade Alerts premium subscription service.