Thursday’s session played out as per expectations as a gap up and grind higher type of day riding the train tracks up. Basically, the market broke above its 36~ hour bull flag and accelerated above the key 3840/3850 level in order to produce new all time highs by the end of the session. The feedback loop consists of shorts having zero choice but to buy-to-cover their positions and late chasers fuelling the FOMO.

The main takeaway remains the same for the past few reports, we’re still  treating this week’s low as in from the 3650s double bottom vs January monthly low and that the bull train is likely gearing towards 3976 measured move (derived from many months ago). In addition, NQ/tech is firmly leading the V-shape recovery and sporting the same daily 8/20EMA grind up posture as ES. Keep a close eye on this momentum follow through in the next few sessions. Given the high level consolidation/tight bull flag, the market is going to be attempting an acceleration breakout into new all time highs for all the US equity indices. In addition, the price action is showcasing a massive weekly bull engulf to cement this week’s price action. See if bulls maintain their strength into today’s close per stats. FYI, trend week up context with ATHs (from respective Monday-Thursday range) typically result in 70+% win rate for bulls to complete their task.

Thursday closed at 3866.5 as a new all time high closing print on a daily closing basis. See if today cements that fact with a weekly closing basis in order to continue higher for the rest of February/Q1 2021. 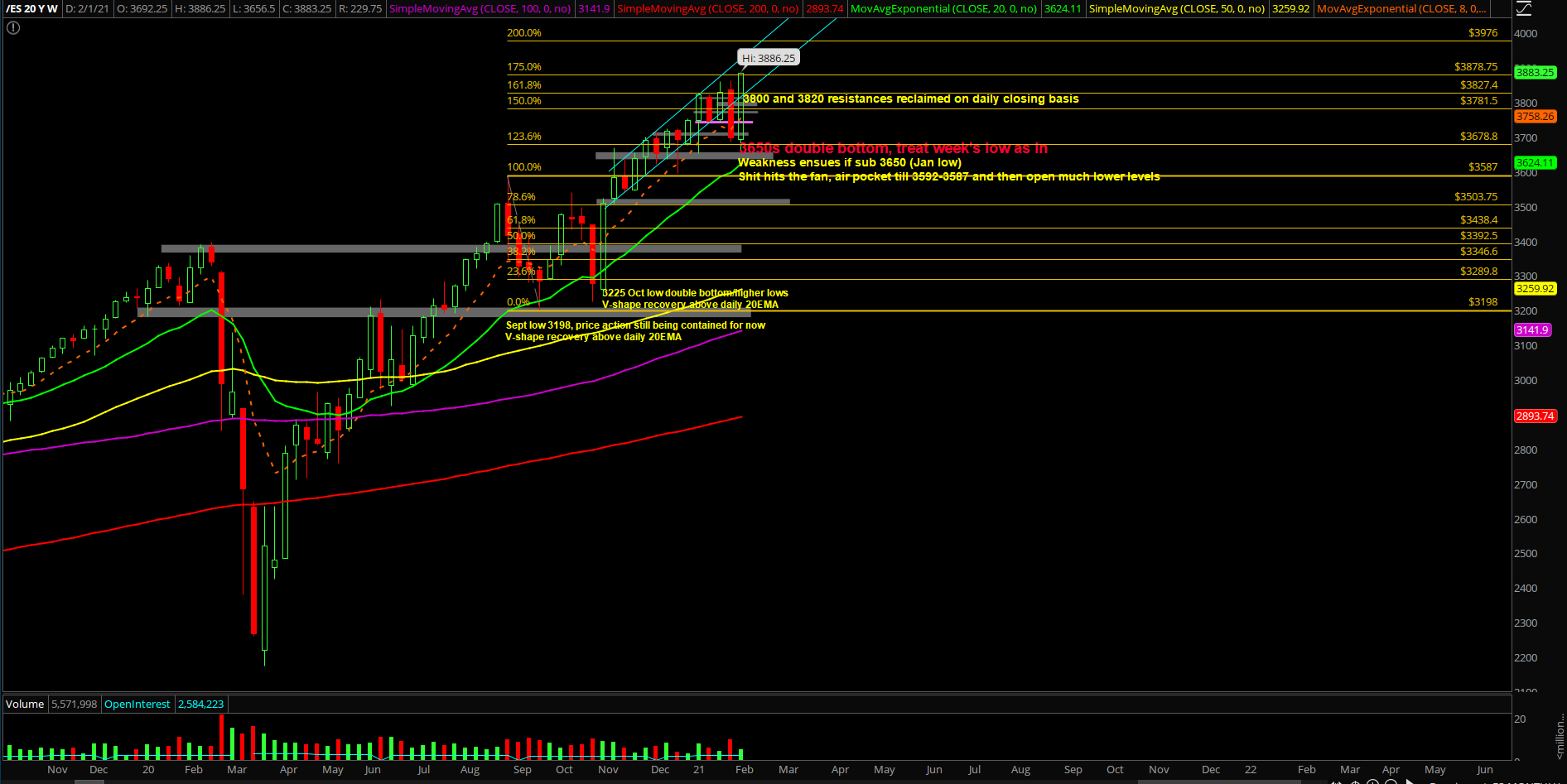 ES FEB5_REVIEW4
Ricky Wen is an analyst at ElliottWaveTrader.net, where he writes a nightly market column and hosts the ES Trade Alerts premium subscription service.