The second week of January played out as an inside week meaning that the price action was confined within the entirety of first week of Jan’s massive range 3824.5-3652.50. Basically, the market was able to backtest into the 50% fib retracement or what we call our standard ‘hold half and go’ setup. Shaking out some weak hands as the inside week(s) build out another basing pattern so that the bull train could refuel and reattempt all time highs.

The main takeaway remains roughly the same; it’s been a healthy consolidation for the past few days and it looks more of the same going forward. Price action is doing its thing with stock rotations as the S&P 500 index hugs the daily 20EMA trending support combined with a confluence of key support area. The immediate V-shape recovery vs. ES 3740 is fairly telling that there’s an insatiable bid underneath the market so we’ll continue to monitor this for additional clues. Either way, it’s considered a bullish consolidation when above 3740 and weakness when below. No need to overcomplicate things here. Know your timeframes.

As of Jan 13, 2021, RTY is up another + 15% since Dec 2 when we formally published RTY into our reports to showcase additional setups and the fact that it doesn't take a genius to generate alpha in a bull market… amazing outperformance since March 2020 low. Very easy if you have a system in place as you’re only piggybacking off of the institutional + price momentum 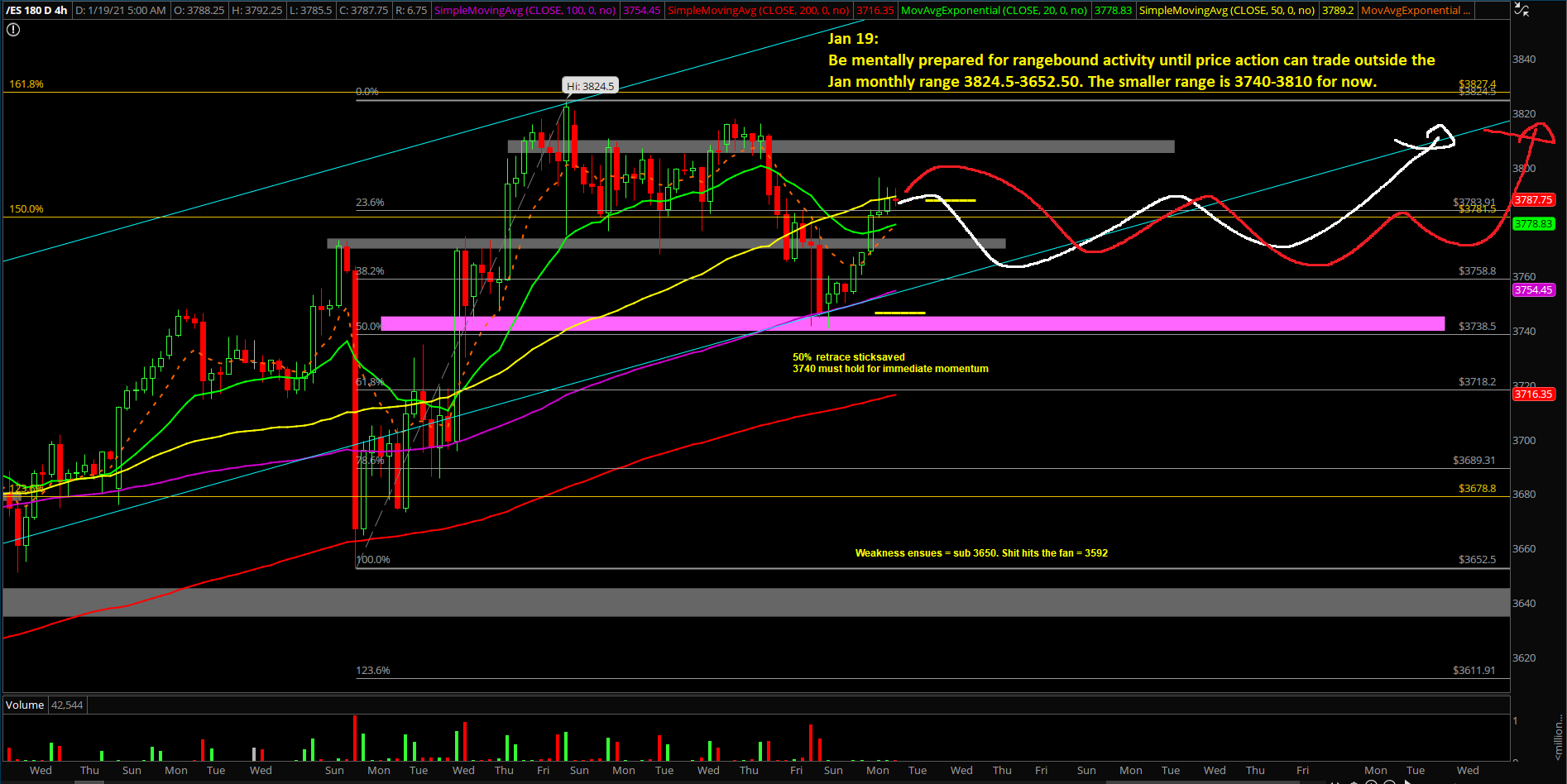 ES JAN19_REVIEW5
Ricky Wen is an analyst at ElliottWaveTrader.net, where he writes a nightly market column and hosts the ES Trade Alerts premium subscription service.