Tuesday’s session was an inside/range day as expected as price action took time and digested within Monday’s massive range. Basically, the session was spent testing range low to range high as it gave opportunities for both directional traders to pounce on. As demonstrated in real-time, we captured a few points as well in our ES trading room.

The main takeaway is remains the same. Traders now have to figure out whether this is just a typical swift backtest into the daily 20EMA and then it stabilizes in order to form the base for the eventual ATHs/higher highs grind. The other scenario being this time is different and we finally get a surprise to the downside. We’re expecting the former, but will adapt if the latter proves its case.

Tuesday closed at 3717.5 and as of writing the price action is hovering at 3708. Meaning the chances of another inside/range day within the massive Monday range is likely until proven otherwise.

(As of Jan 6, 2021, RTY is up another + 10% since Dec 2 when we formally published this into our reports to showcase additional setups and the fact that it doesn't take a genius to generate alpha in a bull market… amazing outperformance since March 2020 low) 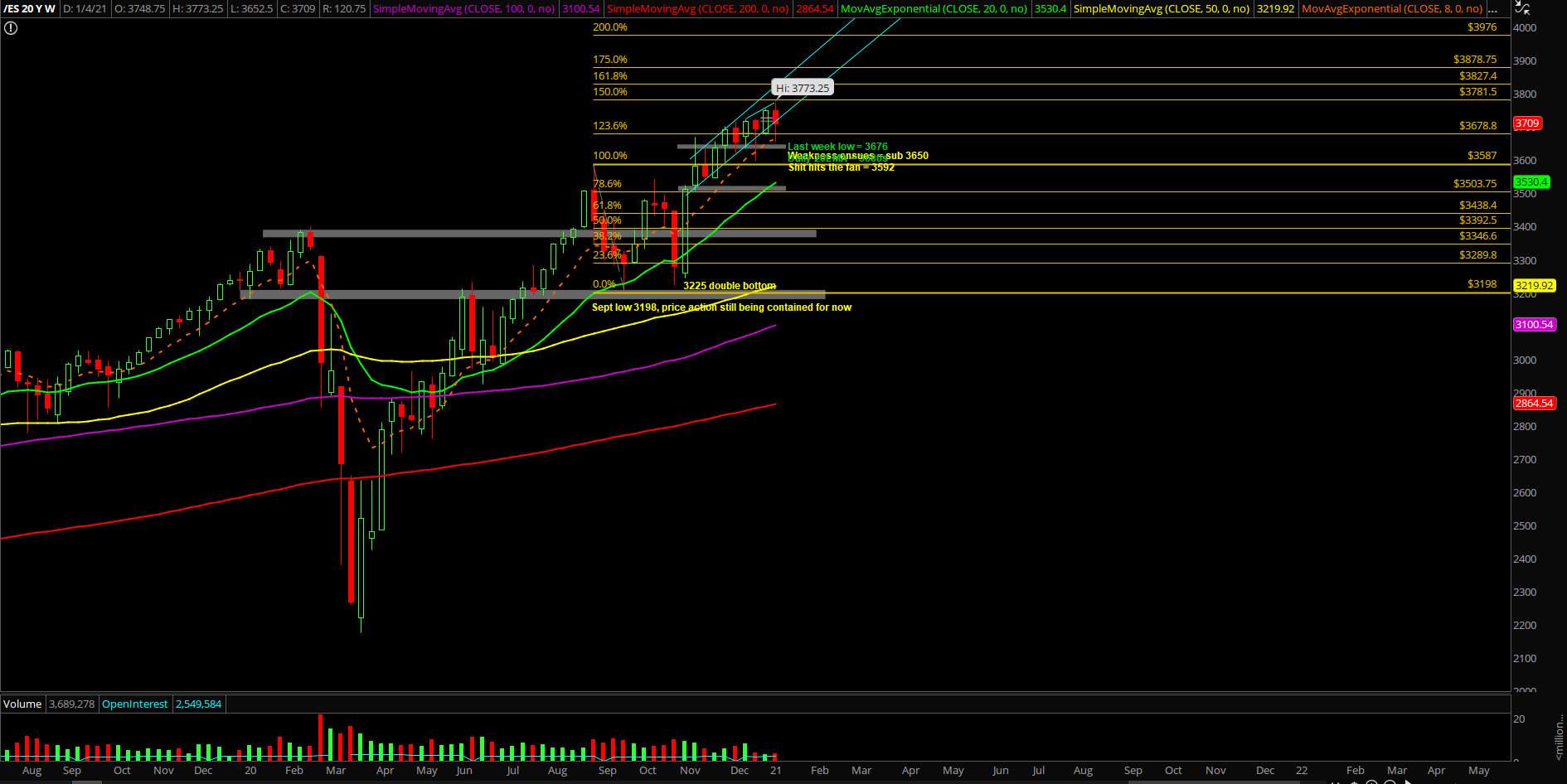 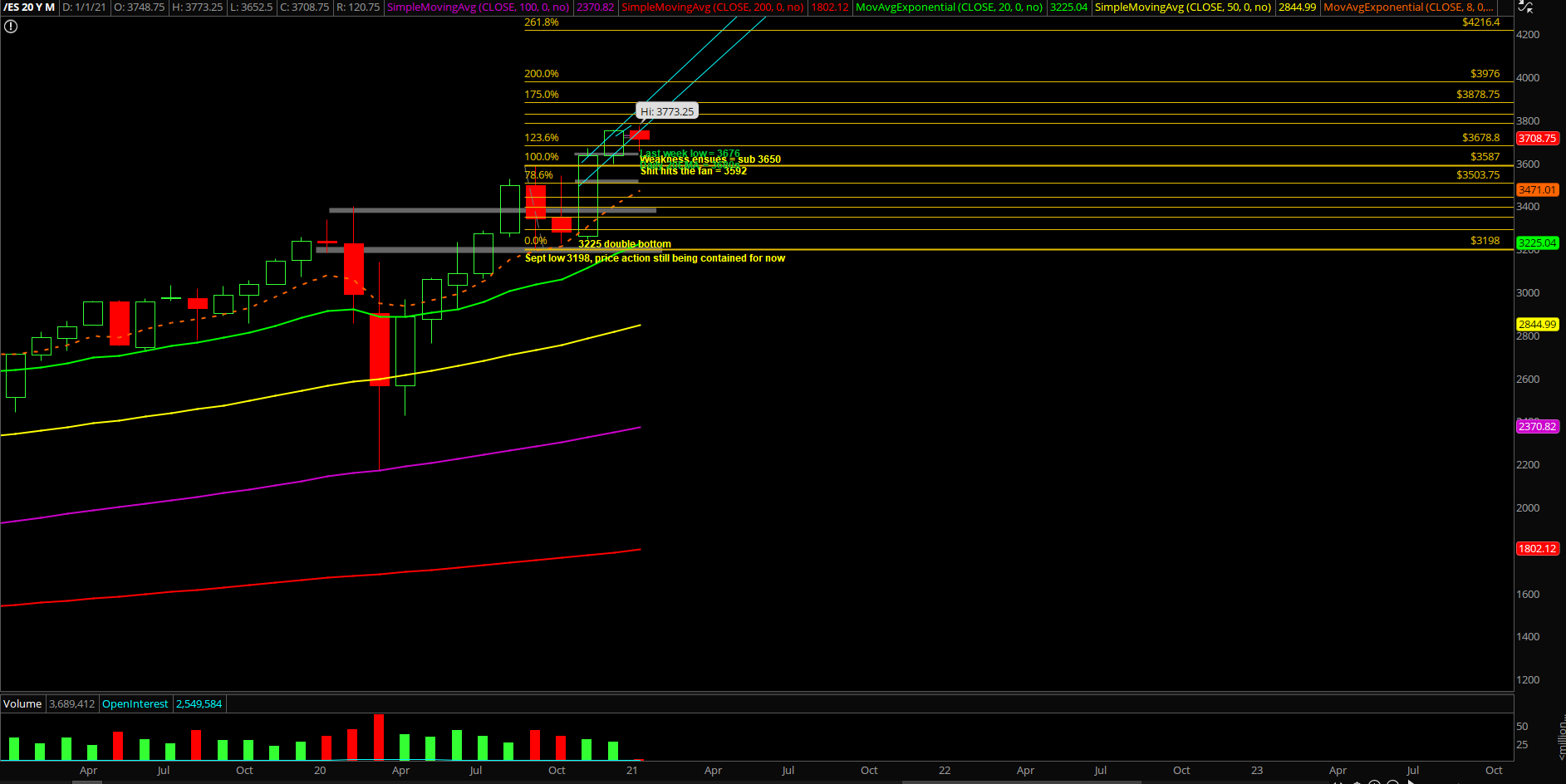 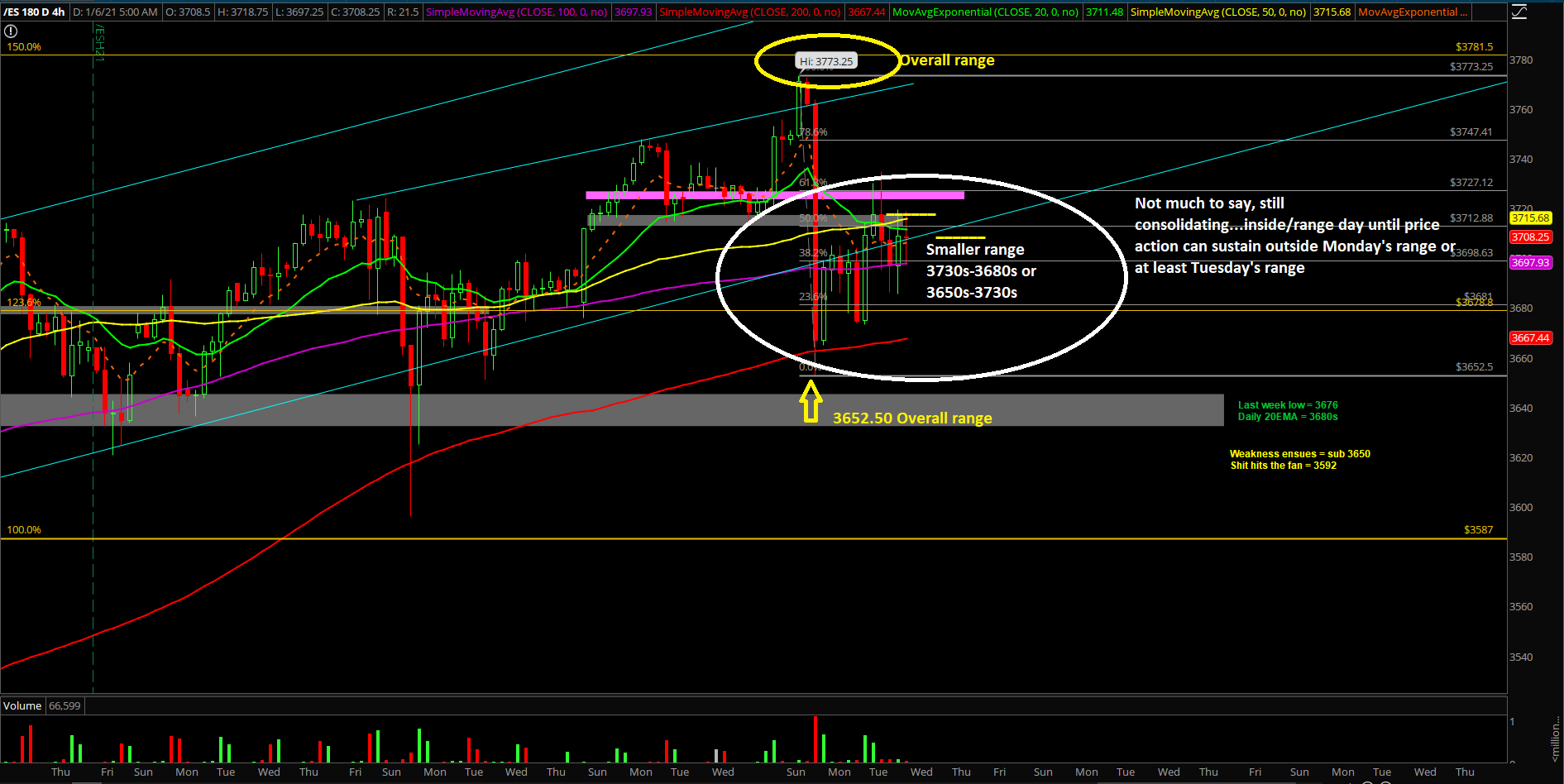 ES JAN6_REVIEW4
Ricky Wen is an analyst at ElliottWaveTrader.net, where he writes a nightly market column and hosts the ES Trade Alerts premium subscription service.