E-mini S&P 500 Futures: Keep It Simple Stupid – Cautiously Bullish As Everybody And Their Mother Forced Into Chasing

Thursday’s session played out as a range day that made a nominal new all time highs. It was a range day because it wasn’t a trend day of straight up, up and away. Basically, price action just spiked higher and then swiftly got smacked down towards the overnight lows of 3650s before stabilizing around 3668 to wrap up the daily closing print.

The main takeaway remains the same, bears had lost many crucial fights during the past few days/weeks/months as they just lack follow through and momentum on their side. If you recall, all backtests into the daily 8/20EMA have held and there were no sustained breakdowns ever since the April V-shape recovery. The market is trying its hardest to wrap up this year at the highs or stabilize at the highs in order to enhance the momentum for year 2021. When price action is hovering at new all time highs, it means that the upside is unchartered territory and could extend to unimaginable lengths (theoretically unlimited).  Pair this with the fact that NQ/tech getting super coiled in a bull flag/pennant…you have the perfect recipe of a squeeze when above support. As we head into year end, price action is hovering at highs as expected and we’re still expecting a high year end close as we’ve been saying since April-May 2020 reports. (this doesn’t mean the market cannot pullback in between, you must understand and know your timeframes because now we have proprietary signals giving us a warning)

Thursday closed at 3667.5 as a doji indicating both sides are unable to fully commit. Bulls couldn’t close at the day’s highs and bears couldn’t close at the day’s low. Technically speaking, consolidation at highs is favourable for the ongoing bull trend. However, there’s a culmination of things telling us to be cautious here as everybody and their mother have turned into bulls chasing into the expected year end high. This is not the spot to go all in if you know what I mean given the probabilities + risk vs reward.

Copying and pasting a core section from our ES trade alert room’s premarket gameplan report where we demonstrate real-time trades and educational lessons. For additional details/key levels, please read or subscribe to the other report in entirety first to understand context if confused. FYI, the ES trade room provides real-time entries and exits with pre-determined stoploss and target levels alongside with real-time lessons on strategy/risk management/psychology/momentum. ES Trade Alerts room has been outperforming the S&P benchmark alongside with many competitors as demonstrated with our official 5 year track record on EWT.  (some key levels have been redacted for fairness to subscribers) 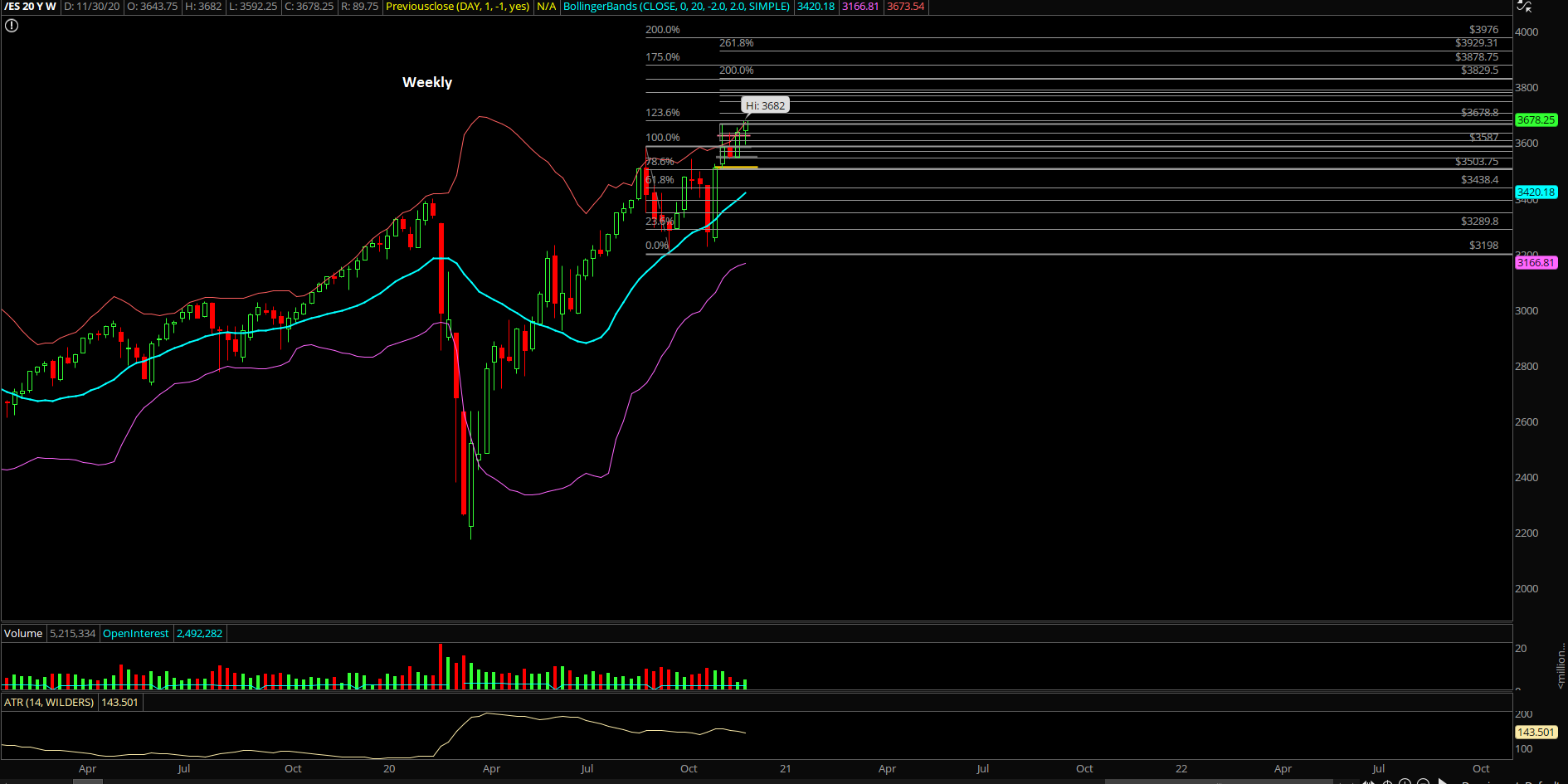 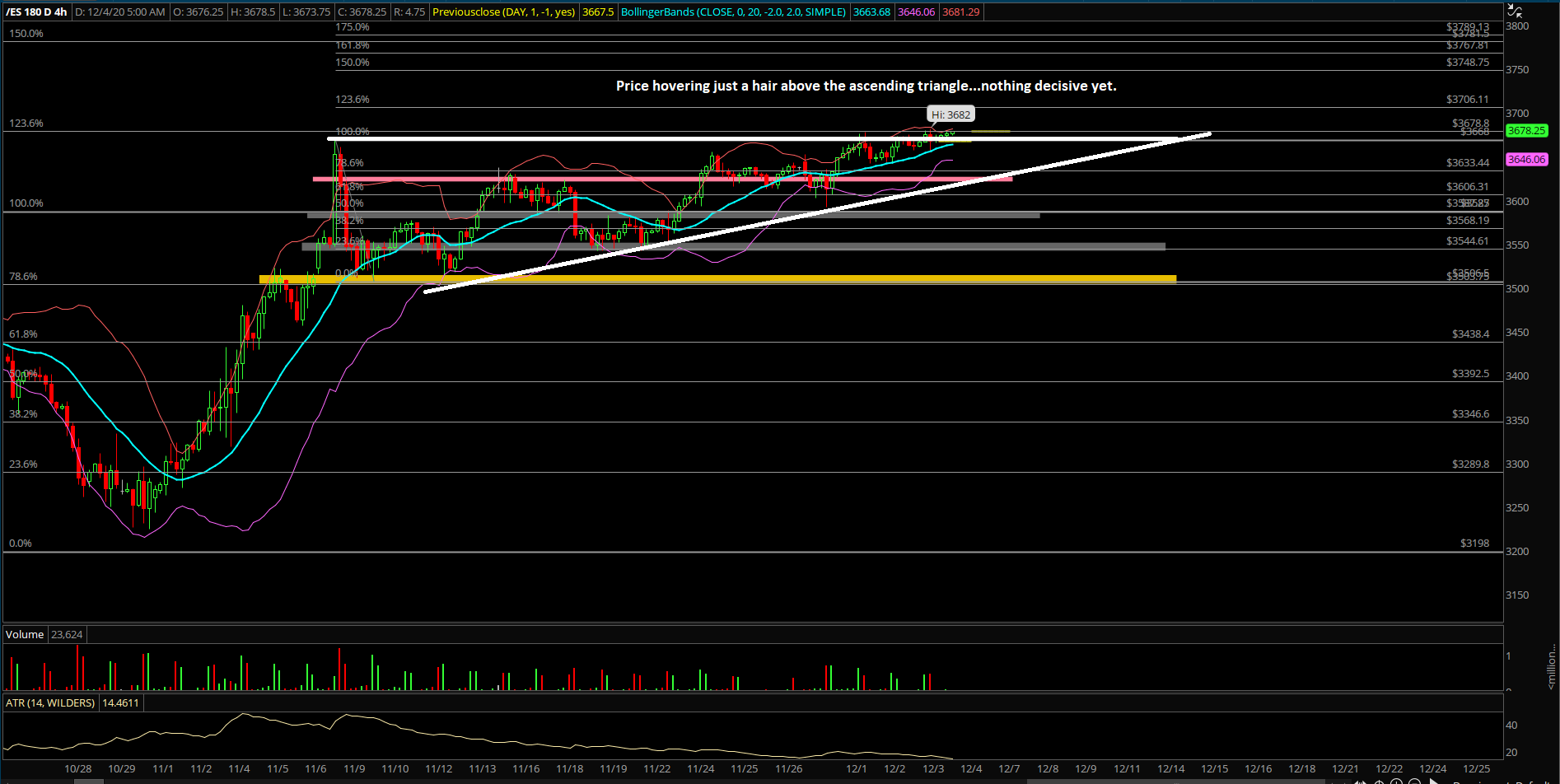 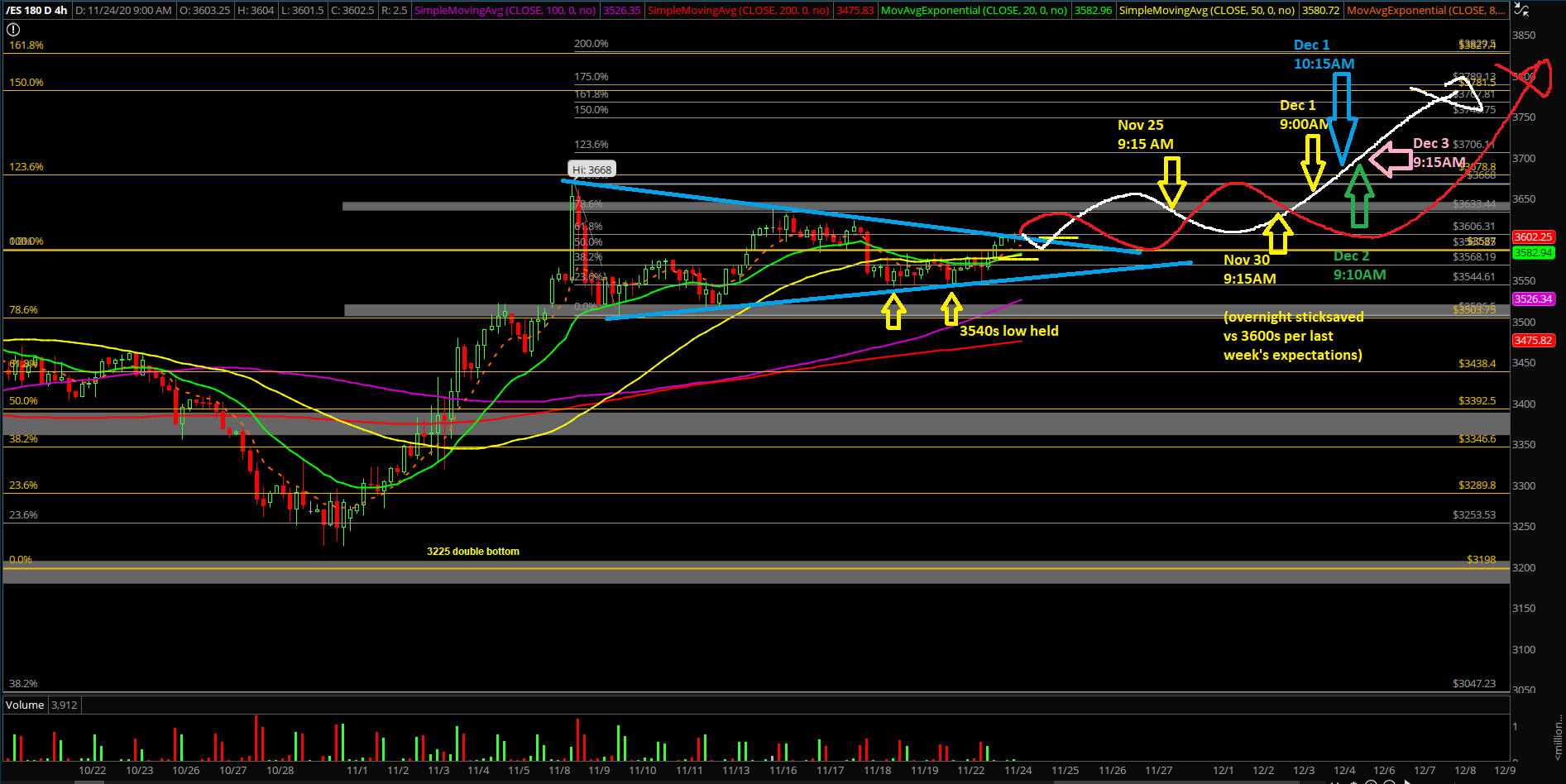 ES DEC4_REVIEW6_PRO_UNCHANGED
Ricky Wen is an analyst at ElliottWaveTrader.net, where he writes a nightly market column and hosts the ES Trade Alerts premium subscription service.