Wednesday’s session was another inside/range day where there were moments of breakout and breakdown attempts, but ultimately nothing occurred during RTH as price closed at the same spot just like the past 2 sessions of the current week. The battle is getting tense because the range has been tightening and tightening so everybody is waiting for the climax/winner. Overnight made fresh lows for this week, but there’s just no commitment with the bears even when they had all the short-term advantages. No follow through as bulls made a line in the sand around 3400s.

The main takeaway/context for the bigger picture remains the same again given last week’s low could be treated as in. Short-term timeframes back into alignment with the higher timeframes. Repeat existing context: the ES 3198 temporary bottom from Sept 24 could be the bigger picture bottom as we head into the rest of Q4 2020. This is a possibility given that price sticksaved/bottom against a key support confluence and has been building a basing pattern since then. Obviously, the wild card is the upcoming elections and likely the volatility/whipsaw will commence shortly and test this theory. We just have to implant that idea if this year is going for the year end highs closing print again as we discussed a few times since the V-shape reversal from March.

The current wild card is that last week’s high could be potentially considered as a double top/lower high given 3587 ATHs vs 3541 temporary high. It is up to bears to follow through and show additional continuation/commitment to the downside pattern. They are on a timer here and must decisively break below daily 20EMA to disallow yet another V-shape recovery/sticksave vs the main trend of the past few months.

Wednesday closed at 3431.5 and nothing has changed except that there’s one more day of trapped/frustrated traders awaiting for the eventual outcome. 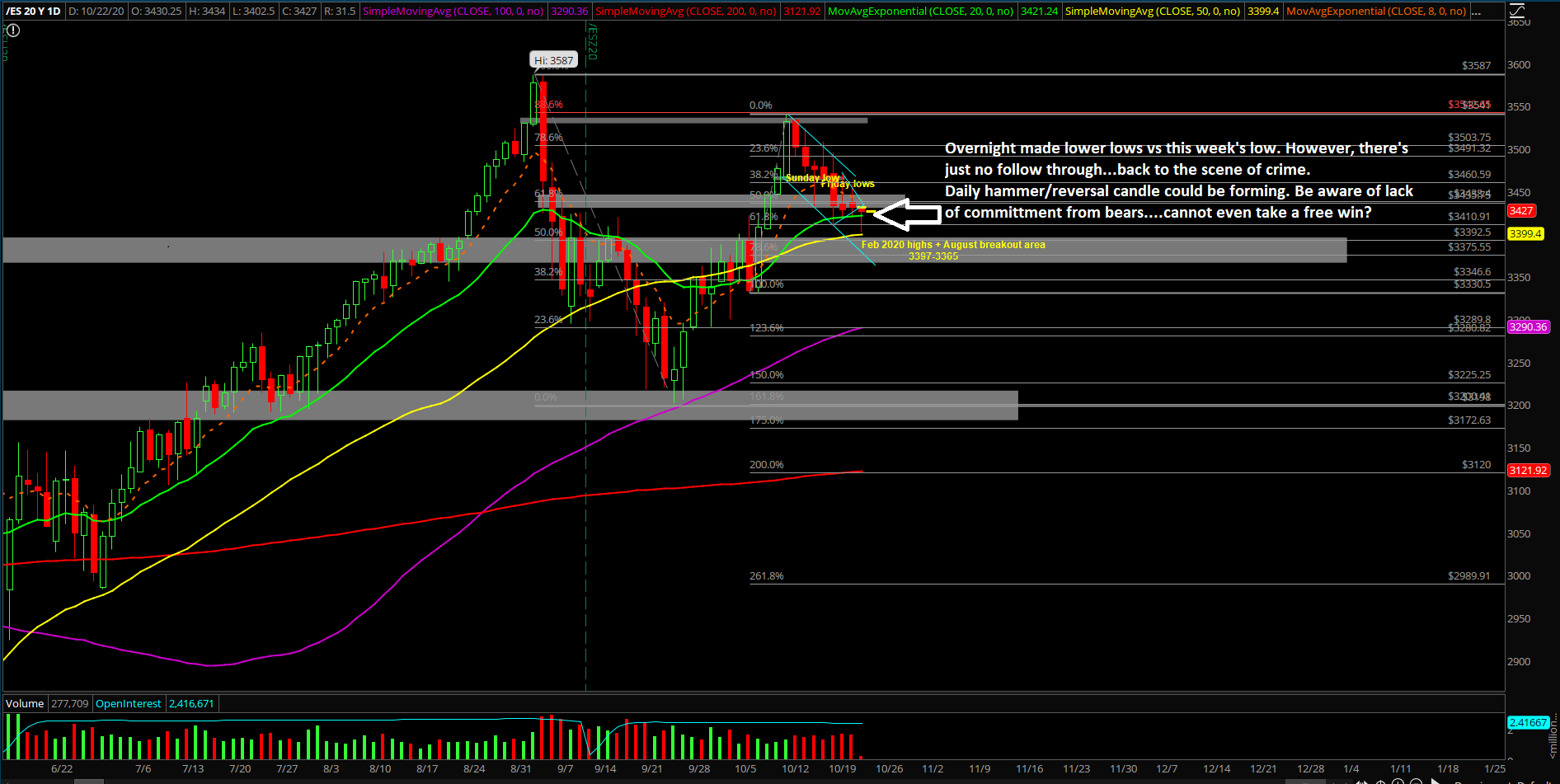 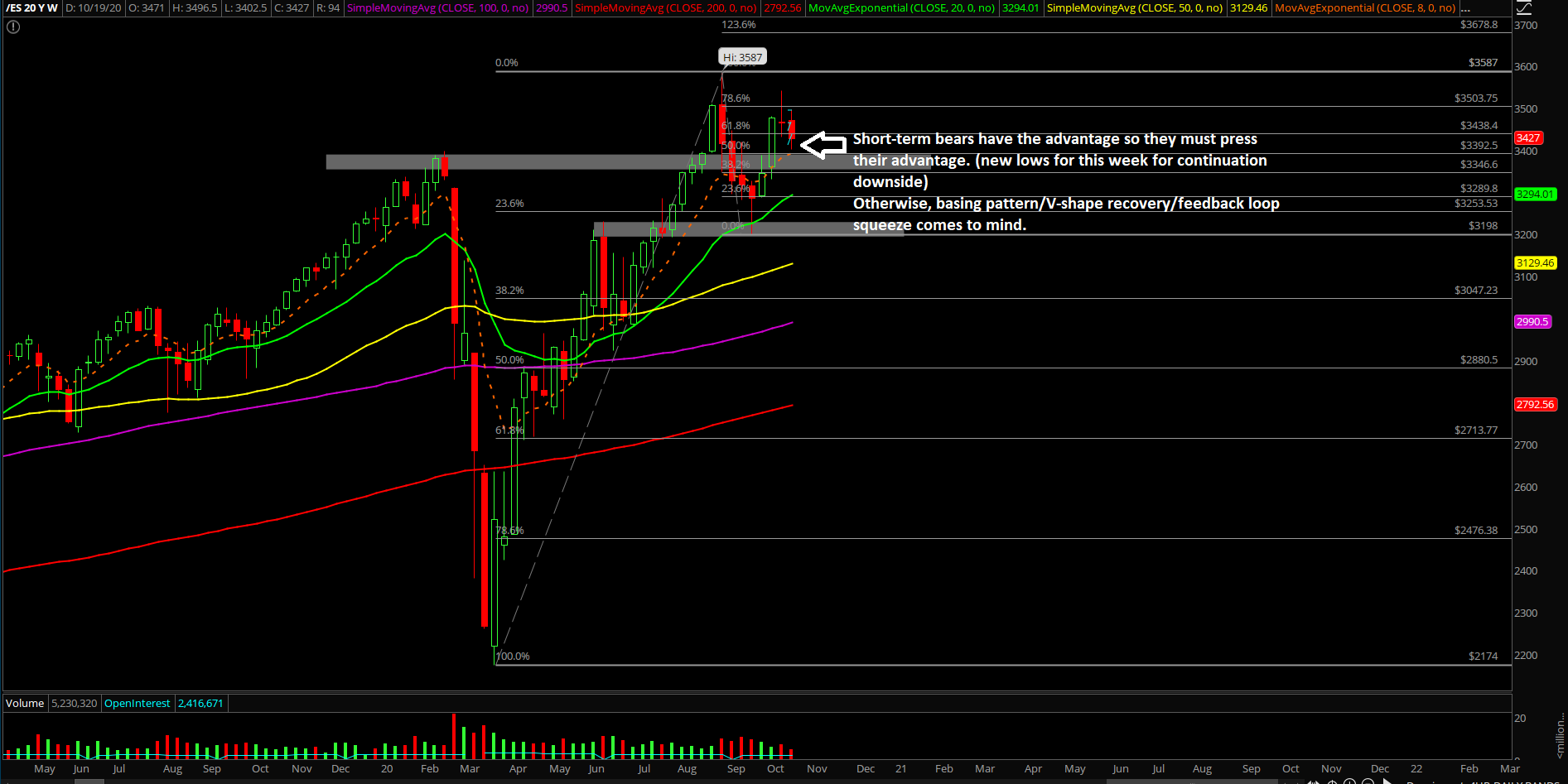 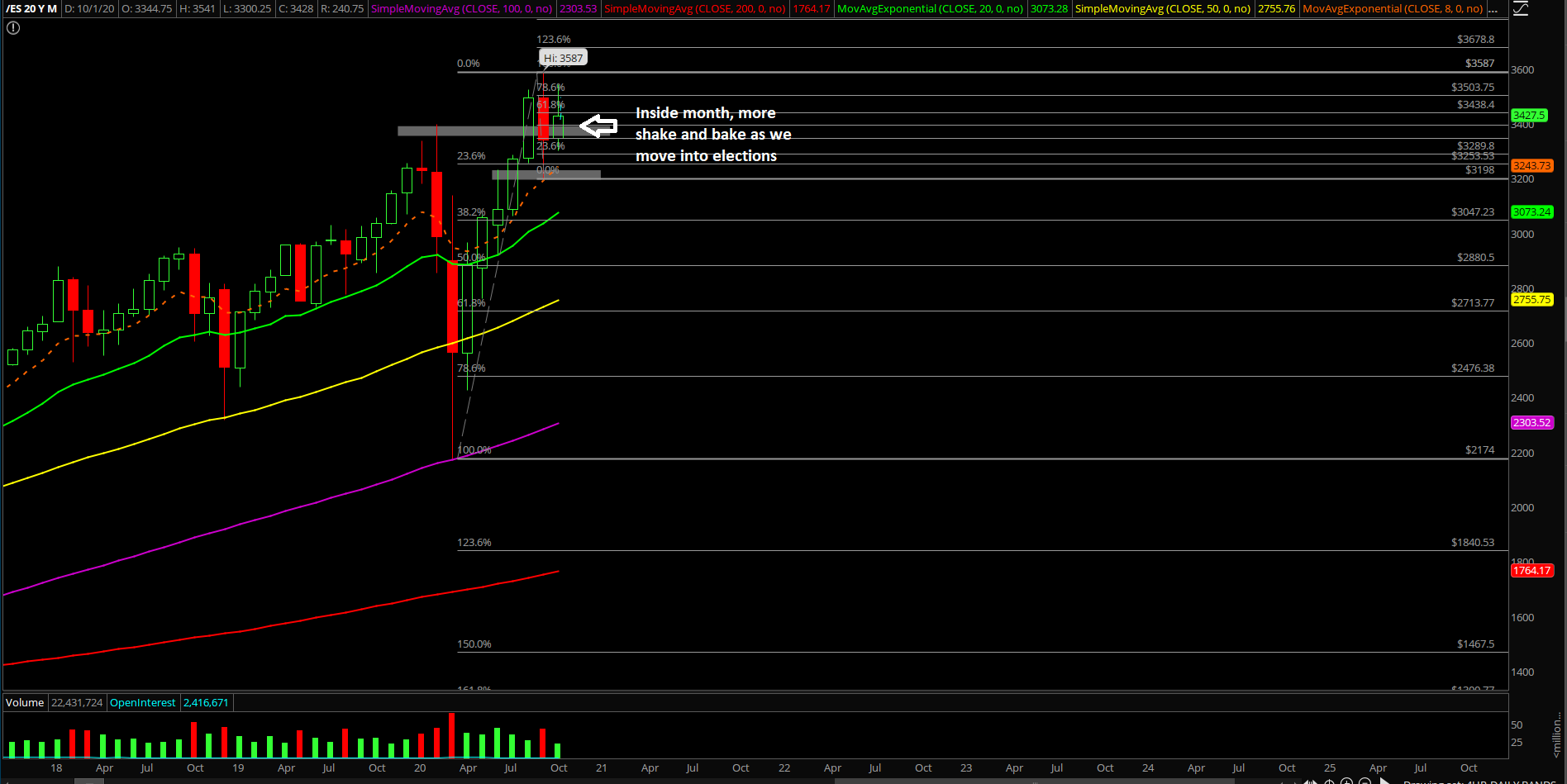 ES OCT22_REVIEW5
Ricky Wen is an analyst at ElliottWaveTrader.net, where he writes a nightly market column and hosts the ES Trade Alerts premium subscription service.