Generally speaking, I don't like to share too much of my ongoing stocks +high spec lotto plays as it's too much time to keep up with the group as people tend to keep asking me questions when I share. Also, it hinders my performance if I post too many things and spread myself thin.

However, right now I'm seeing something that cannot be kept to myself (highly speculative lotto play but risk vs reward is too excellent to keep to myself)

The setup/context is a bit similar to how I saw/executed the previous million dollar lotto play on CGC a year ago...

That CGC bad boy worked one fairly well initially, but then the momentum literally evaporated (was up as much as +50% on shares alone (16s->25s) position in a few weeks time only and much higher on some call lotto options before momo fell off a cliff)

Note: didn't make a million dollars on it like I planned on the lottos, but got a small chunk of it. Remember, lotto play involves significant risk...willing to lose 100% of investment/trading capital...so sizing is important. Your outlay size = max risk. You can only lose what you put in, nothing more. Must size accordingly or you get f'd

I am now stalking DKNG closely as it is forming a multi-month/year breakout-throwback-continuation pattern. This incoming $40~ area is utmost significant because it represents the weekly 20EMA + prior breakout acceleration area...that acts as major support. I will be accumulating some shares + lotto calls + potentially a few spreads as well dependent on how cheap they get.

See charts below and do some homework/research of your own. 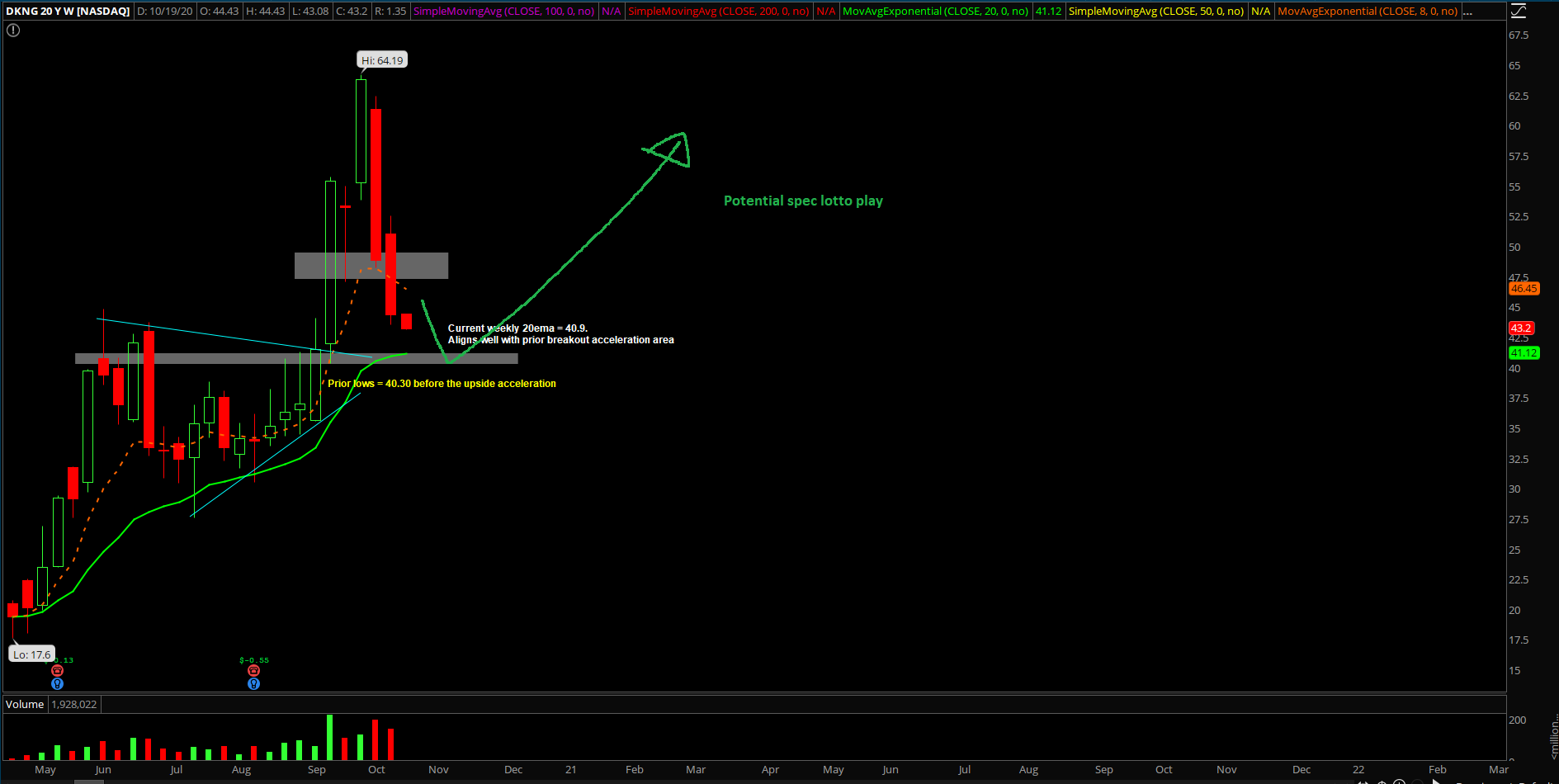 DKNG OCT19_WEEKLY
Ricky Wen is an analyst at ElliottWaveTrader.net, where he writes a nightly market column and hosts the ES Trade Alerts premium subscription service.