The fourth week of Jan 2019 played out as an inside week shakefest that we were fully prepared given the circumstances. Our nimble gameplan for the entire week worked out accordingly as we were able to execute and captured the points within the range that we demonstrated in the ES trading room already.

Essentially, the week’s action could be summed up playing the rangebound game with majority of the time spent between 2630s vs. 2650s. If you recall, the bears failed their goal for 3 consecutive days in a row of as they were unable to break below the 2632 trending support decisively on a closing basis, never mind the next trending support at 2590. Hence, on Friday, it was bulls’ turn to shine and they did what was expected in an adequate manner. They also kept it as an inside week with an intraday high of 2672.5 vs. prior week’s high 2677.75.

The main takeaway from this week is that the ongoing bull train is still trending on an accelerated pathway holding above the daily 8EMA which showcases strength going into month end. Technically speaking, it was a decent close for bulls on Friday so let’s see if they can maintain the momentum heading into Jan month end print.

Friday closed at 2665.5 as bulls attempted the breakout above the week’s 2655 resistance. The ongoing bullish continuation setup points to 2700 if bulls are able to maintain the momentum for the follow through setup. The trending supports going into this month end week are located at 2635 and 2615. The former represents the Friday low area and the latter represents the week’s low area.

We’re still leaning towards immediate bullish given the current circumstances and how bulls executed properly on Friday with the expected breakout. At the very least, we’re expecting the bulls should attempt a run towards 2700 for the Jan monthly closing print in order to wrap up this upside grind month when above the first trending support. Whether they win or lose, it doesn’t really matter as there should be at least an attempt given 4 week of continuous upside grind already. The trend of grind up followed by shallow pullbacks being consolidated into a bull flag and breaking higher.

Bigger picture wise, the first couple weeks of February will likely be focused on the mean reversion setup back down if everything goes according to plan. Wait and see, too far to tell for now.

For bulls, need to re-conquer above 2672 in order to confirm that 2680/2700/higher is not dead yet in terms of the pattern from past few weeks of upside. In that scenario, it’s just an ongoing trend setup doing another sticksave/bull flag/high level consolidation in order to grind higher.

For bears, the key resistance to hold below tomorrow is located at 2672 and key support to decisively break below is 2635 in order to open up the next trending support at 2615 for some follow through. In that scenario, bears still need a daily close below 2615 to be the conservative confirmation that the market has opened back up the 2500-2470 as a legitimate mean reversion target for the bigger picture

Also, we’re maintaining the same short-term gameplan for trading; stay nimble and look for intraday opportunities as range is wide enough to pocket a few points here and there. Similar to what was executed during the past inside week as we continue to try and stay away from FOMO + traps. 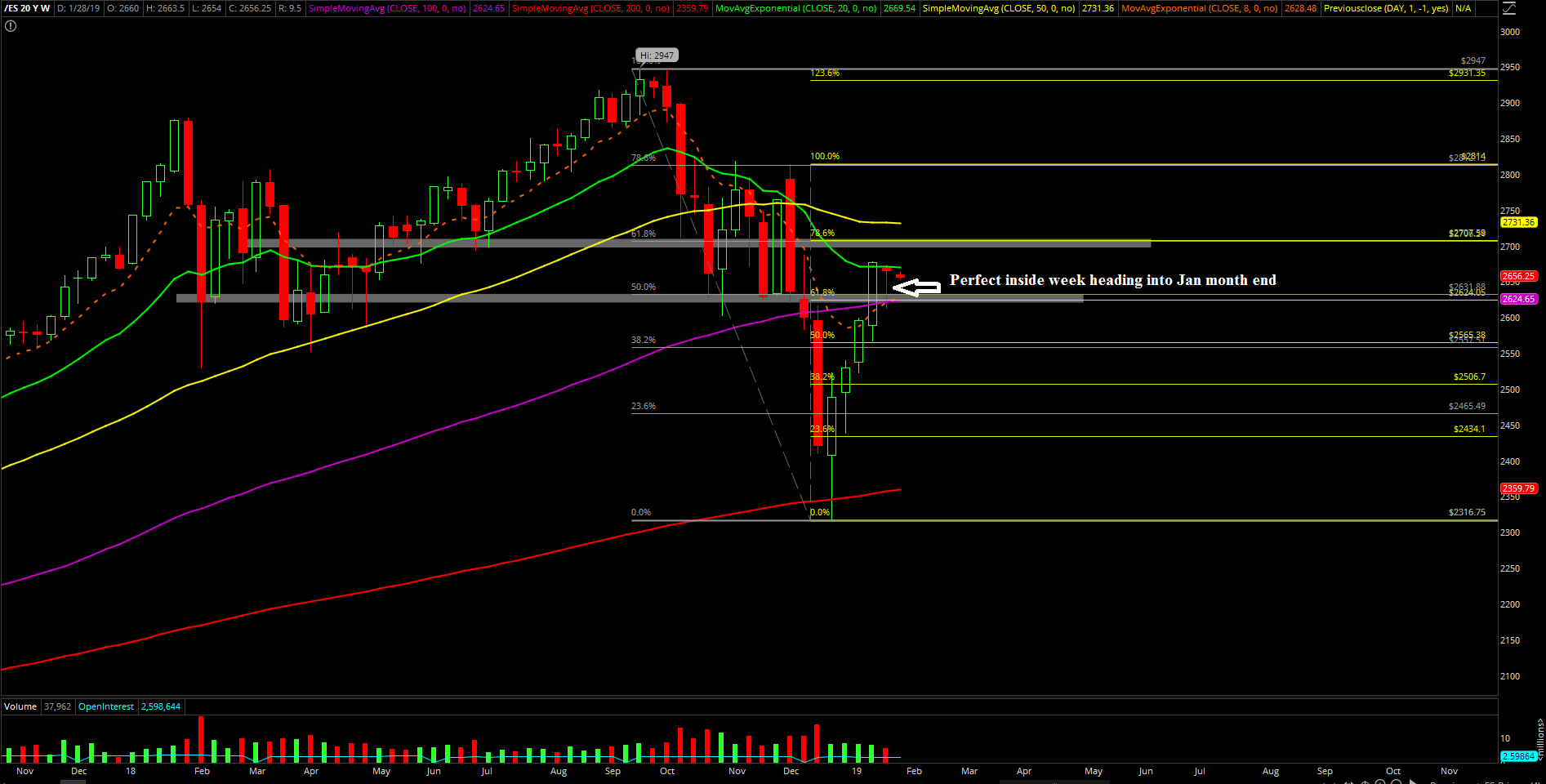 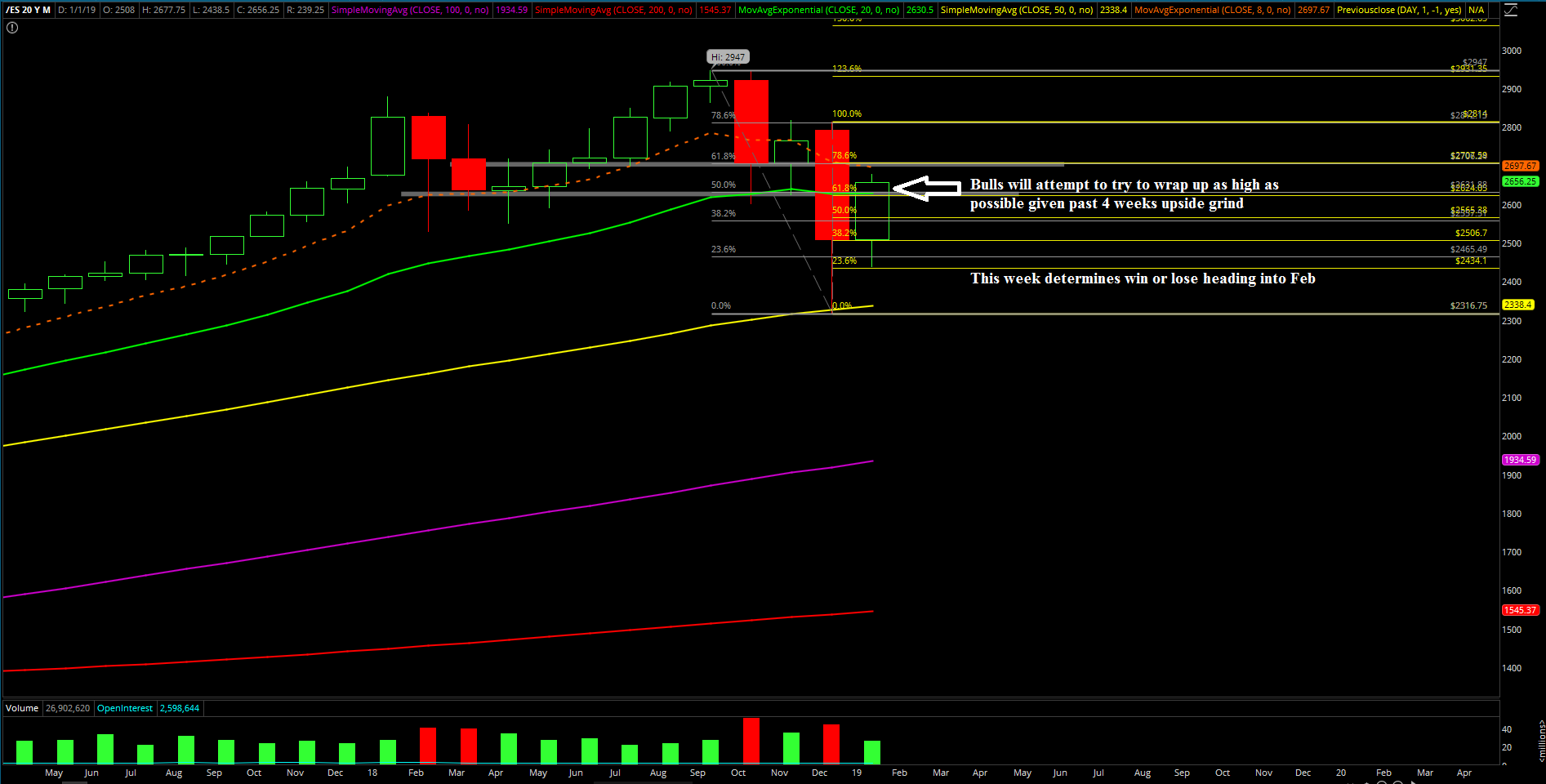 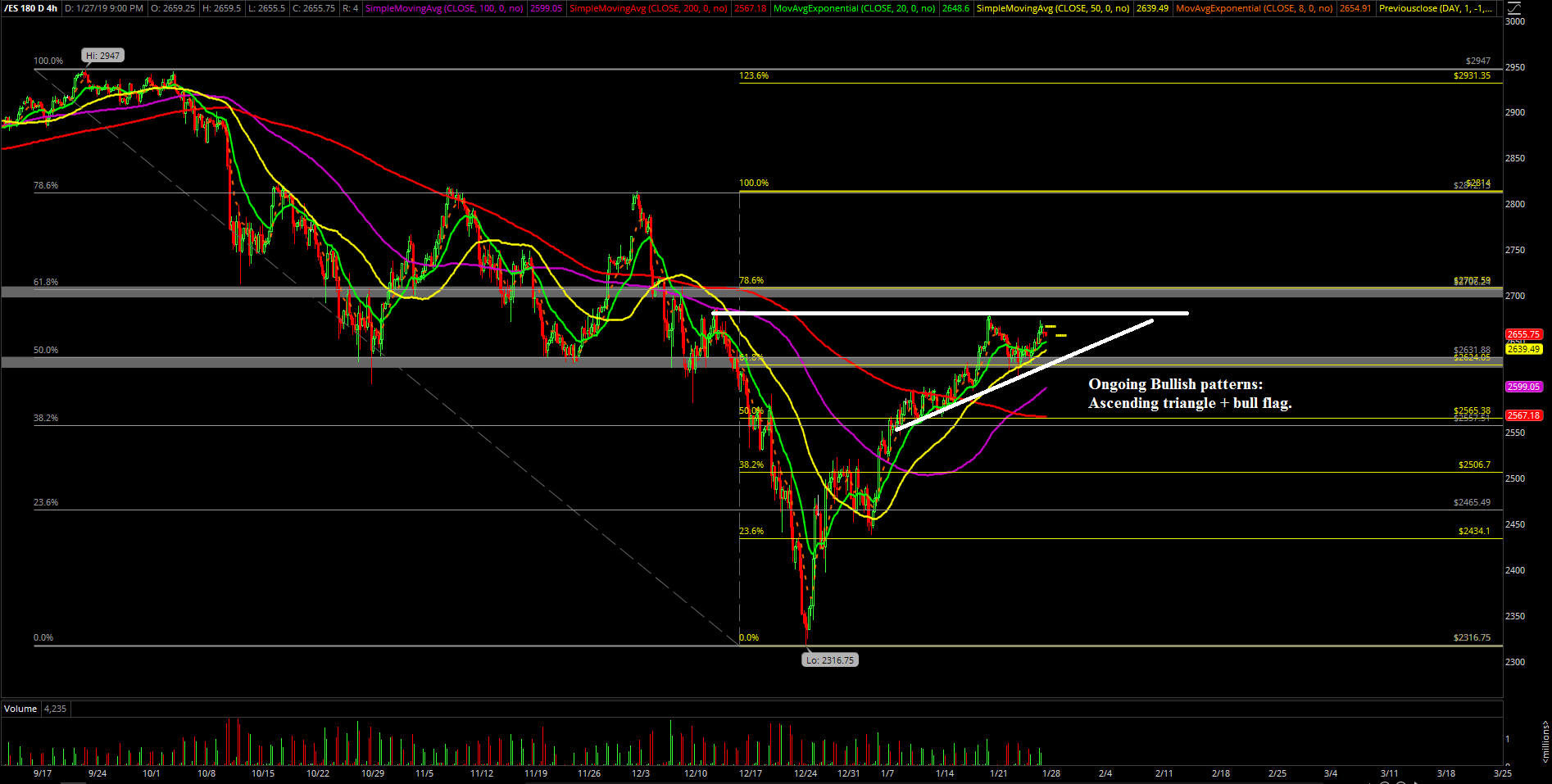 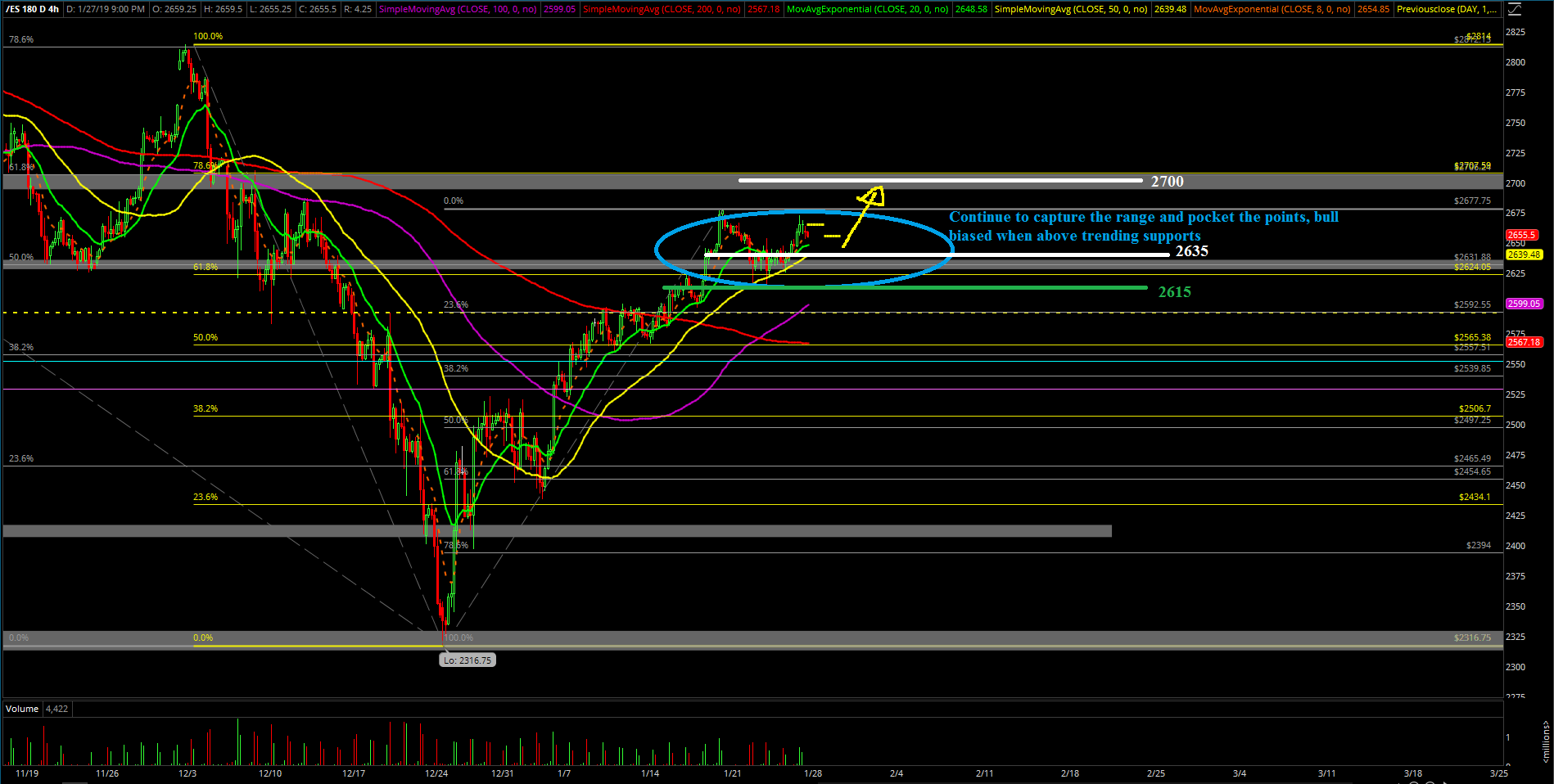 es jan27review5
Ricky Wen is an analyst at ElliottWaveTrader.net, where he writes a nightly market column and hosts the ES Trade Alerts premium subscription service.