Over the last several years, we have had some very nice bearish set ups, which were almost always invalidated by the bullish trend.  The question is if this bearish set up will join its brethren?

For now, we have a top in place and a 5 wave move down off that top.  The only reason I question the top being in place at this time is because it was made with a very vague pattern, which did not count as a standard impulse into the highs.  This has left the door open for the bulls at this time.  And, the bears will have to slam that door shut tomorrow, based upon this current set up.

As for targets, the market reached the target we set at the low today, that being the .618 retracement of the prior move off the highs.  A top in this region would ideally provide us with a drop towards the 1919ES region.  As I explained in a Wave Alert last night, the reason I am targeting that region is because that is the .382 of what would be a 3rd wave up in the blue bullish count, and it coincides with the 4th wave of one lesser degree.  In fact, in that same email I noted that we normally target the .236 retracement in an a-wave in such a drop, which we came within a point and a half of when we bottomed.

However, should the market exceed the 1957ES region, it opens the door that the bears could not slam shut, and potentially takes the market much higher in a green wave 3, in a large ending diagonal, which would likely target at least the 1990ES region.  And, those that understand how diagonals form will know that trading such a diagonal will be frustrating, as it will have many stops and starts, along with deep pullbacks.

So, tomorrow, if we see sizeable gap down, we know that we could be very well on our way to the 1919ES region.  However, should we take out 1957ES, we may have to deal with this bullish trend into July. 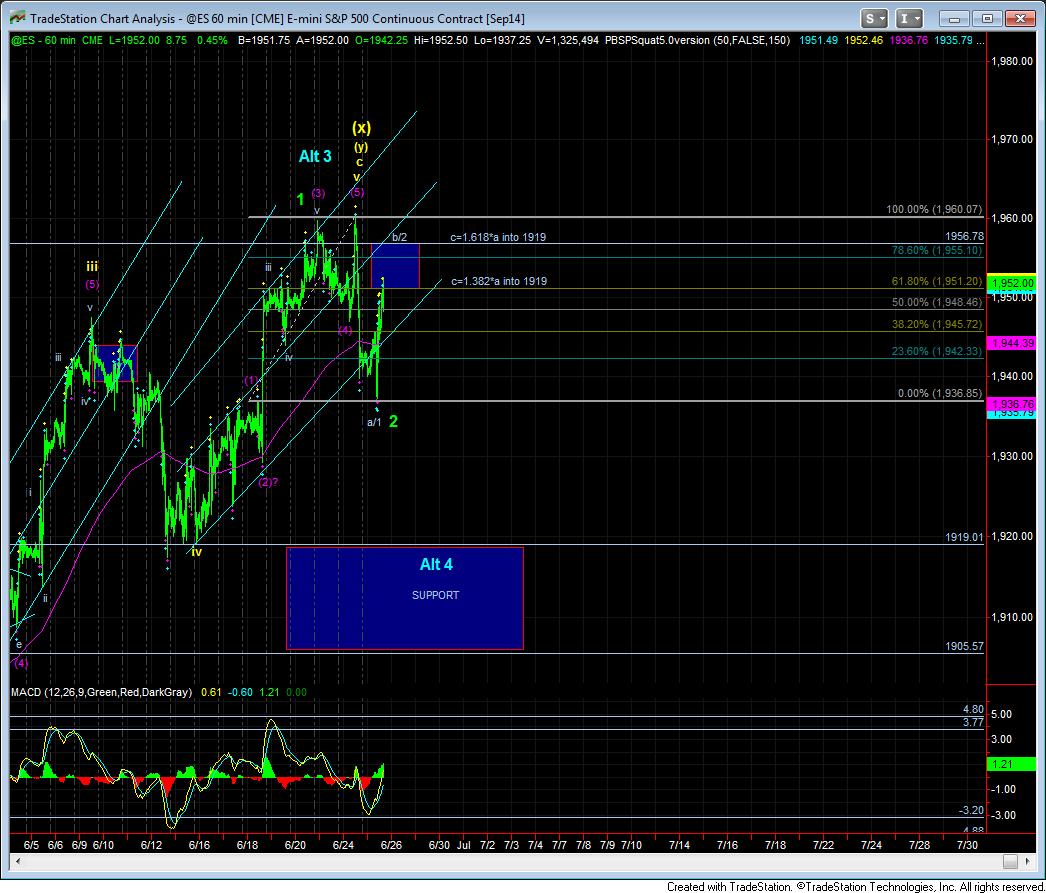