Well, 1948 is when the Hells Angels was founded in California.  It was the year that Babe Ruth died.  It was also the year that Israel was declared as a state.

But, for us today, 1948 is the level the market must remain below to set us up to head to lower lows sooner rather than later.  For now, we are likely within a (d) wave of a wave 4 triangle.  This means that this triangle will not likely complete until tomorrow – maybe even right at the open.  And, as long as we remain below 1948SPX, we are pointing lower to complete this larger degree a-wave this week.

As always, there are several alternatives of which to be aware.  First, there is a big question as to where the true low resides.  On my chart, the true low is an ideal level for this to be a 4th wave triangle.  However, if the true low was the 1830’s as we see in the ES, then this would be a b-wave triangle, and the break out would be over 1948 for a c-wave of 4 back to the 1980 region, or even higher.

Also, if the market were to break out overnight through the 1948SPX level, then we have a 1-2, i-ii set up in place which also can take us to 1980SPX and beyond.   So, 1948 is a very important level for us to remain below to maintain immediate pressure to the downside over the next few days. 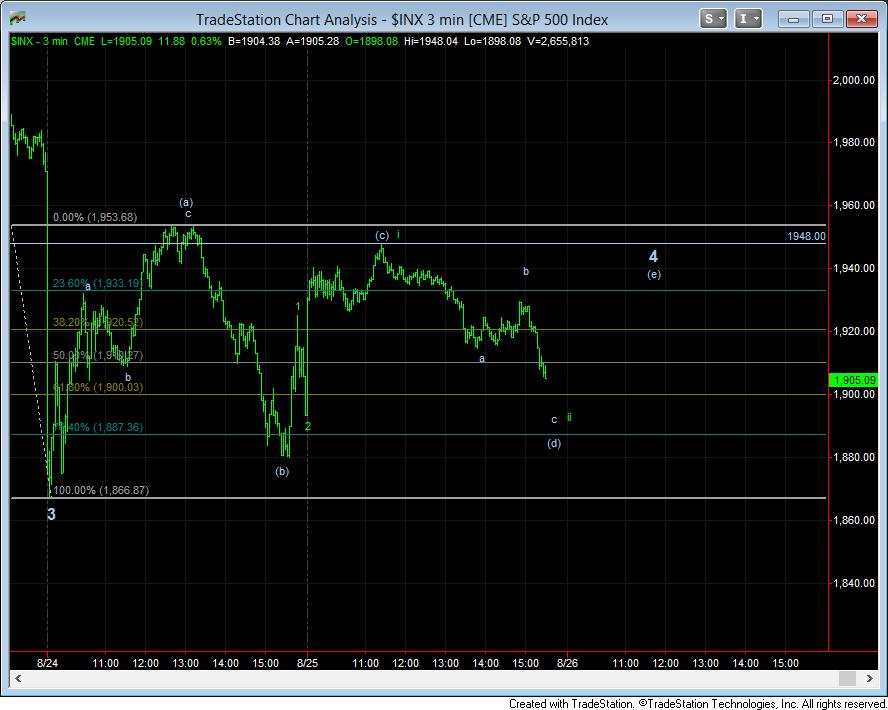 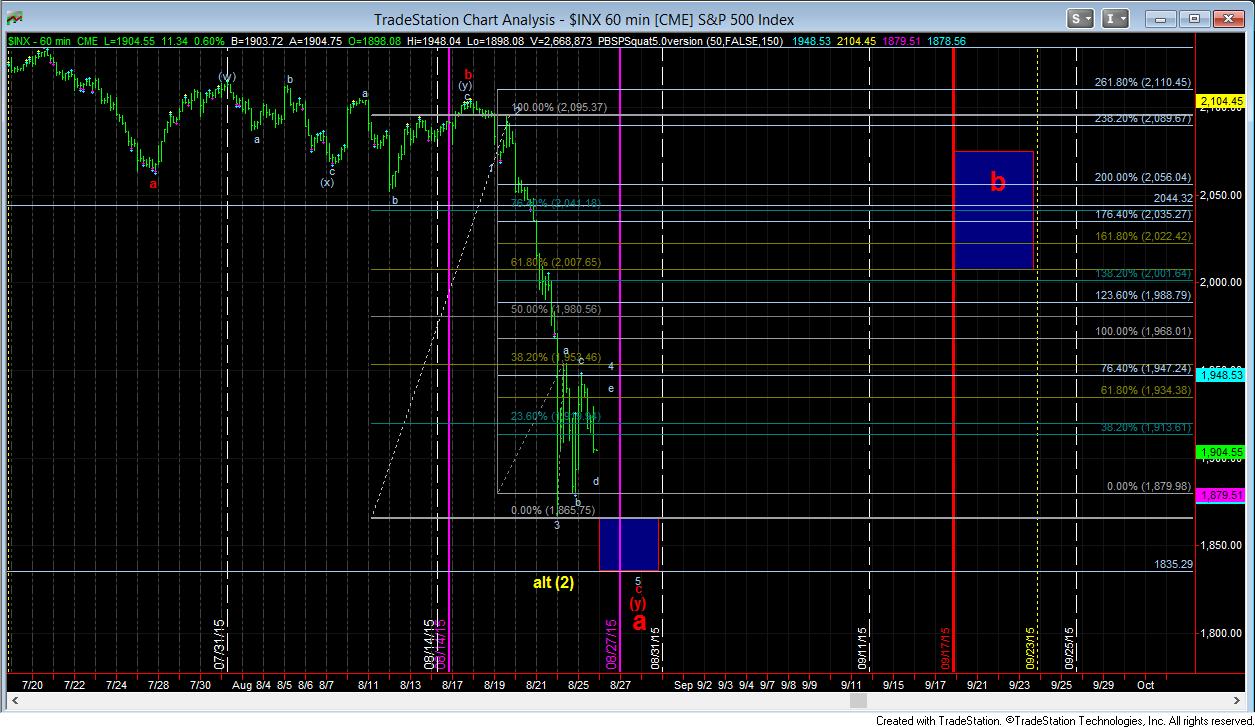