Last night, we laid out a plan that said that if 1336 were breached to the upside, the target could be the 1357 region.  In fact, thus far, we have actually exceeded that target by 2 points.  Furthermore, for those that did not take the long position from yesterday, you still had a 12 point rally to enter on the pullback this morning, as we expected and outlined in last night’s update.

In fact, the market has played slightly more bullishly than we had expected, as the retracement for wave 4 of iii only came down the 1.00 extension, and then moved up to complete the 5th wave of wave iii at 1359, which was 2 points higher than the ideal target at the 1.618 extension, and just one point below the 1.764 extension just below 1360.  However, it is still possible that one more extension may be seen overnight to target the 1360 level before the wave iv decline/consolidation begins.

The easy part of the rally is now over and now we move into a more tricky phase.  Since my expectation would be a 3 wave move that can still potentially take us over 1400 in an a-b-c manner, the question is whether this top represents all of the a-wave or if we will see a 5 wave a-wave.  Since an a-wave can be a 5 wave structure or a 3 wave structure, it does give us a certain amount of uncertainty about which will play out.

At this point in time, I am going to assume that we will see a 5 wave a-wave, unless the market tells us otherwise.  This means that I am still going to expect a wave iv consolidation tomorrow which should maintain support over the 1345 level, which is the 1.00 extension and the most common target for a 4th wave.  Thereafter, I am going to expect a wave v rally to take us up to a minimum target of 1364, but with the potential to move as high as the resistance region between 1372 and 1376.

Also, take note that we have now come up almost 40 points in the 3 days from the bottom region we were looking towards.

Again, within a diagonal, as we have been interpreting this market, action can get quite messy, so please be nimble and do not forget to take profits when you get them.  Ideally, if we come towards the end of a pattern at the end of the day, take your profits home and let the next pattern set up for an entry. 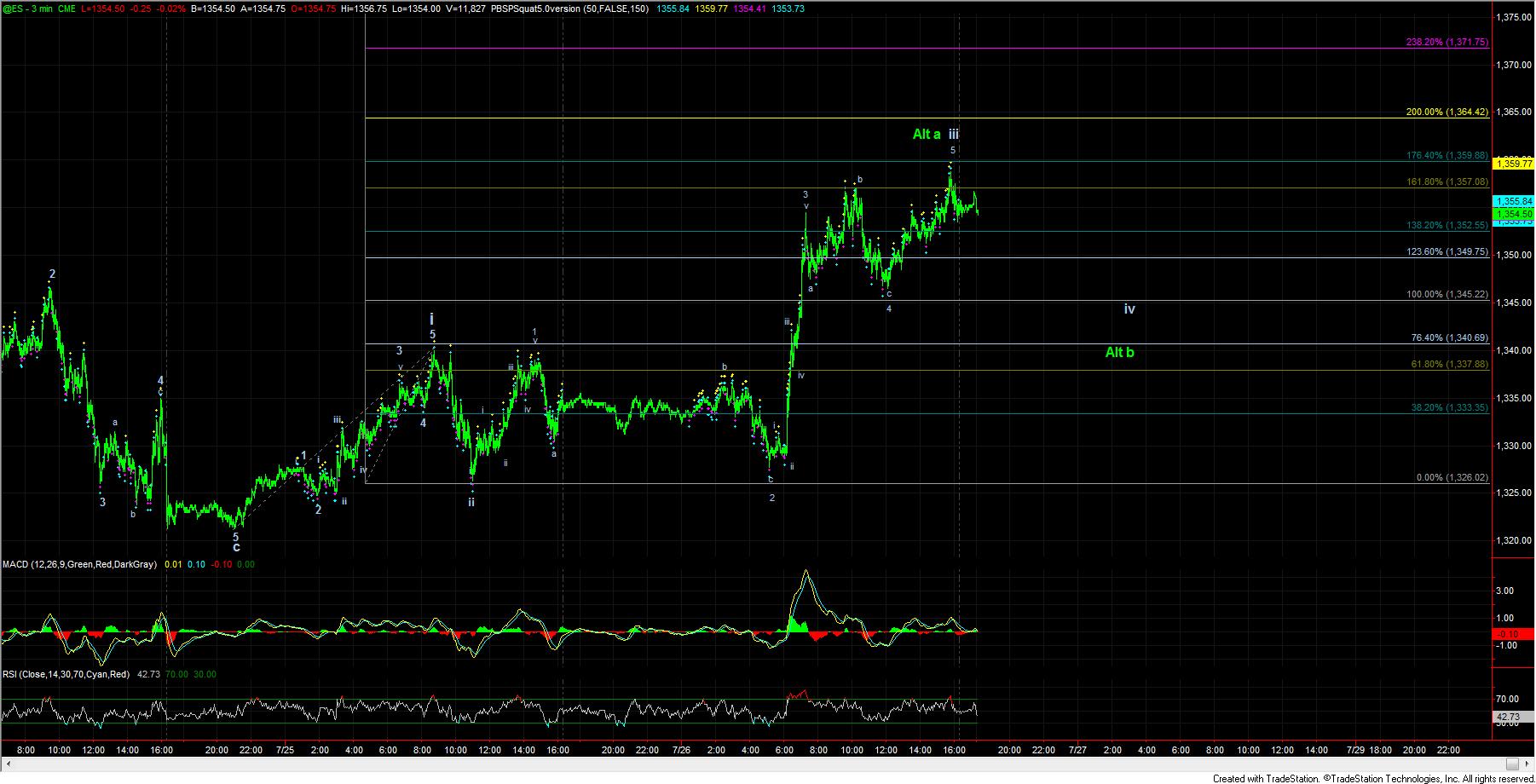 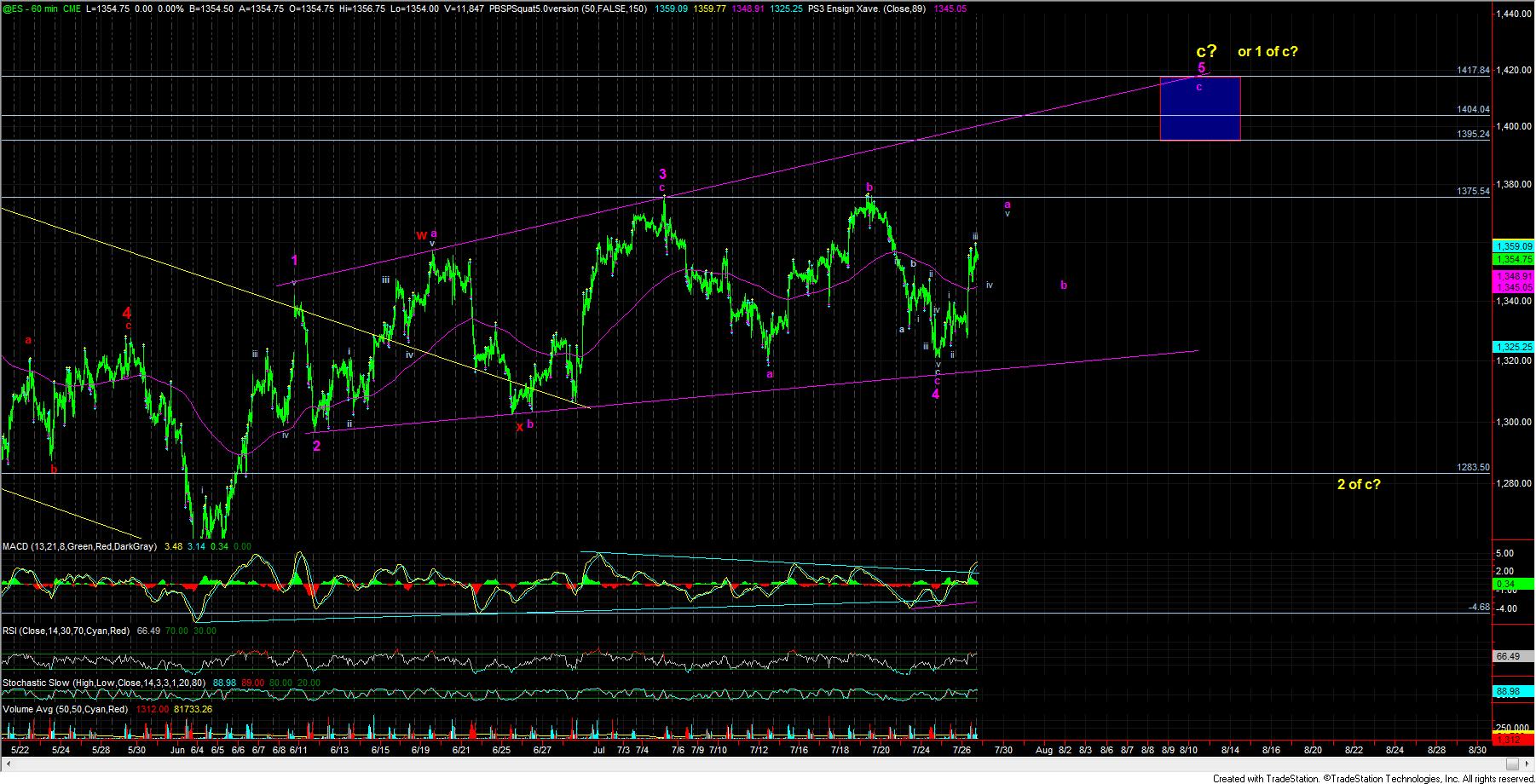