With the break out in the 3rd wave off the recent lows, the IWM telegraphed this move rather well.  Moreover, with the 2% rally we saw today in the IWM, it has certainly outperformed the rest of the market, as it released all that pent-up energy that was developing during its month-long 4th wave pullback.  And, I don’t think many of us were surprised by this potential move, as we were preparing for it for days.

But, with the move taking us up this fast, I have to begin to now consider “topping” in the overall market.  You see, as I continually noted before we began this rally, I needed to see a 5th wave up in the IWM before I could consider this market as having topped out in the rally begun this past August.  Now that we are approaching the prior market highs, I have to switch hats, and begin to look to topping signals and targets.

I am still seeing tremendous negative divegences as we approach the prior market highs on both the IWM and the SPX, so, I cannot be terribly bullish beyond this 5 waves we complete off the recent lows.  Moreover, the SPX now looks like it may want to strike the bottom of our target box.

Furthermore, since 1st and 5th waves in a 5-wave structure often display 1:1 ratios, and the wave 1 in IWM in the rally off the August lows was approximately 7 points, that would place us in the 151 region for the IWM to top out, which is clearly within the general target region on the modified 60-minute chart I put out today.

Based upon the current micro structure, as I have included on the attached RTY wave count, it would seem that the heart of this move up has now completed.  That means the heart of the 3rd wave is over, and I would expect at least one more 4-5 to take shape over the coming days before we can consider any form of market top to be in place.

But, I want to be clear that our patterns are now becoming quite full, and we are nearing what could be a significant top, which can send the SPX back down to the 2330-2400SPX region.  But, at the same time, I want to remind you, as I have tried to do all the time, that this is still a bull market, and likely still has several years to run.  For this reason, I will need to see a break down below the last lows we just struck in the IWM to provide initial confirmation that wave (4) is in progress.

You see, bull markets love to provide bullish extensions.  And, as long as we remain over the lows we just struck in the IWM, we can continue to extend even higher than our initial minimal targets, with this only being a 1st wave rally in a bigger 5th wave extension.

So, just because we complete 5 waves up over the next few days does not necessarily mean that we have confirmation of a market top.  Rather, our first signal will be when we break below the lows we just struck in the IWM.  Until that low breaks, I have to maintain an eye towards extensions that can push the IWM up towards the 156-58 region.

Now, for those of you who love to put news with the “waves,” it would seem that we may complete all 5 waves up in the IWM just as the Senate has to vote on the tax reform bill.  If this is going to be a full 5 waves up in the IWM, rather than a bigger extension, we may see wave (4) kick off with the Senate’s failure to pass the tax bill.  It will certainly be an interesting upcoming 2 weeks as we head into December. 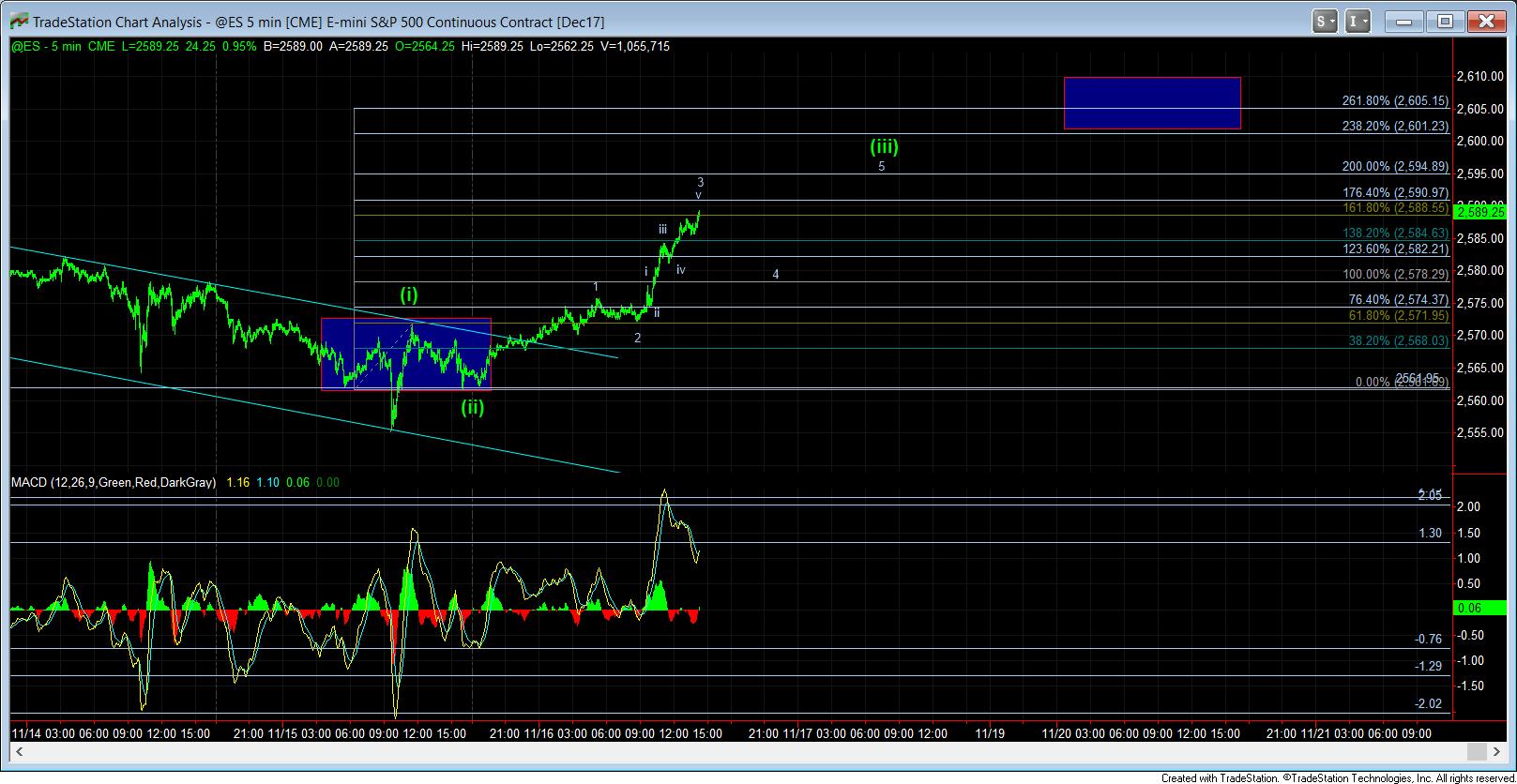