The market surely pushed the move off the early July lows further than expected, and even took a little longer than expected to top.  But, for the last two days, we have been seeing some red in the market, and we are getting closer to determining which pattern is in play.

At this point, I feel like a broken record, as I really do not have much more to offer than I did yesterday.  We still have an impulsive potential downside set up, as long as we maintain below the 2124SPX region (which is the .618 retracement of the recent decline).  But, as I noted last night, I want to see a more confident larger degree 5 wave structure off the highs to strongly consider the red count to a 19-handle.

Until such time as the red count makes itself a greater probability, as long as we remain over 2100SPX, the blue pattern is still alive.  And, depending on how we drop towards the 2060-2080SPX region, the green pattern is alive as well.  And, I will add that the slower this downside develops, the more likely the green count develops as the leading contender.

So, we need to start eliminating potentials before we can begin to more aggressively trade the next 200+ point move. 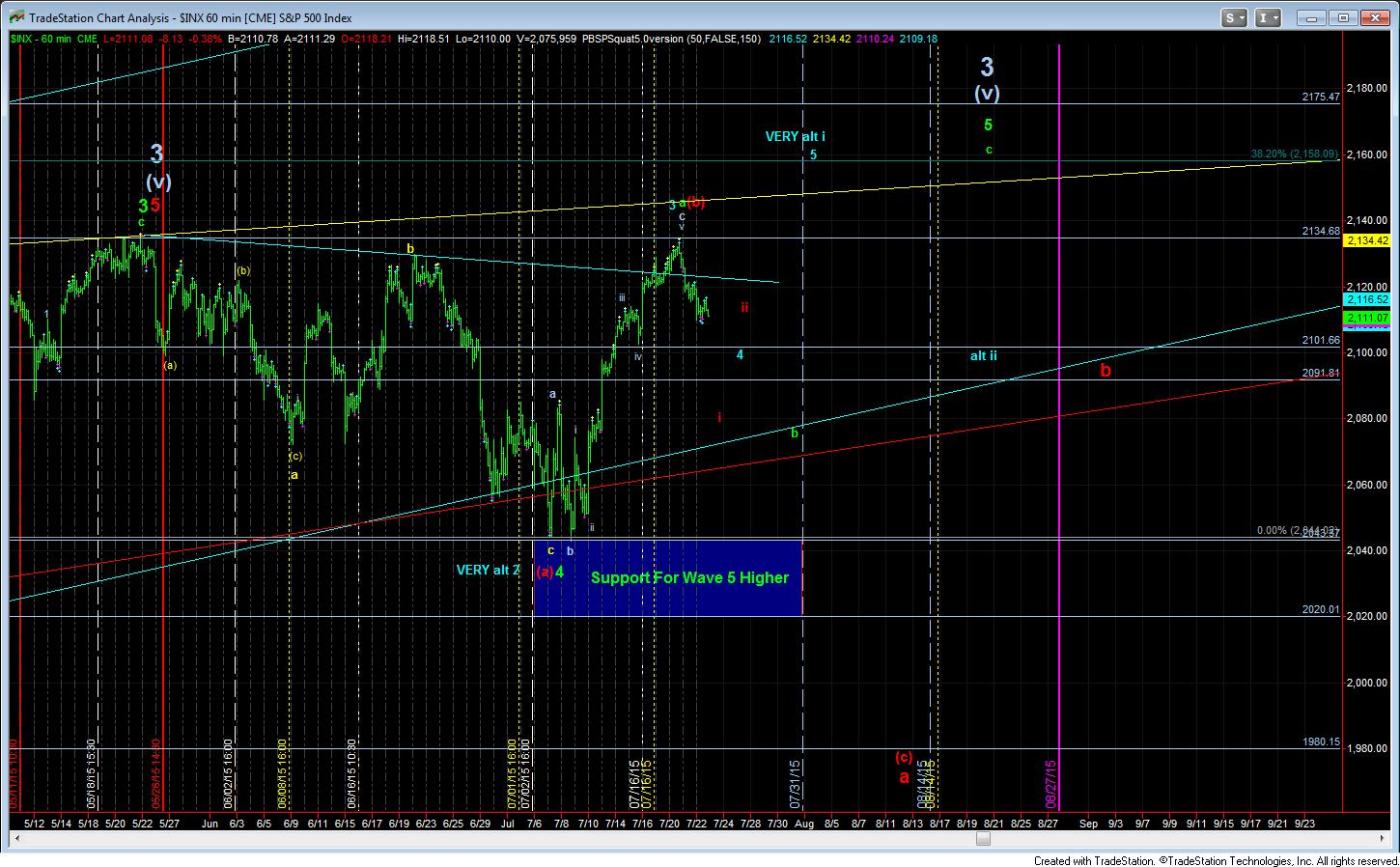