With the break of support today, the ES has now confirmed that we are in wave iv.  Ideally, in a larger wave iv, we often see the a-wave approach the .236 retracement level of wave iii, which in this case is in the 1675ES region, followed by a corrective b-wave rally, and concluded with a c-wave down to the .382 retracement, in the 1662ES region.

However, this market has been exceptionally bullish since the June lows, so I want everyone to consider that wave iv MAY be complete with a drop to 1675ES.   While it is not my preference to see this pattern as completed just yet, I do want people to maintain a certain amount of caution.

Therefore, if we hit the 1675ES level, the .618 retrace of this move down is the 1687.50 region (which, amazingly, was prior support), and if the market were to begin an impulsive move through that region, then I would likely view wave iv as completed, and expect the market to complete a 40 point rally (i=v), targeting the 1715ES region.

Again, a break down that takes us below 1655ES at this point in time will get me much more immediately bearish, and start looking towards target below 1600, but, again, that is not my expectation just yet.  But, as you know, it is my expectation over the next month or two. 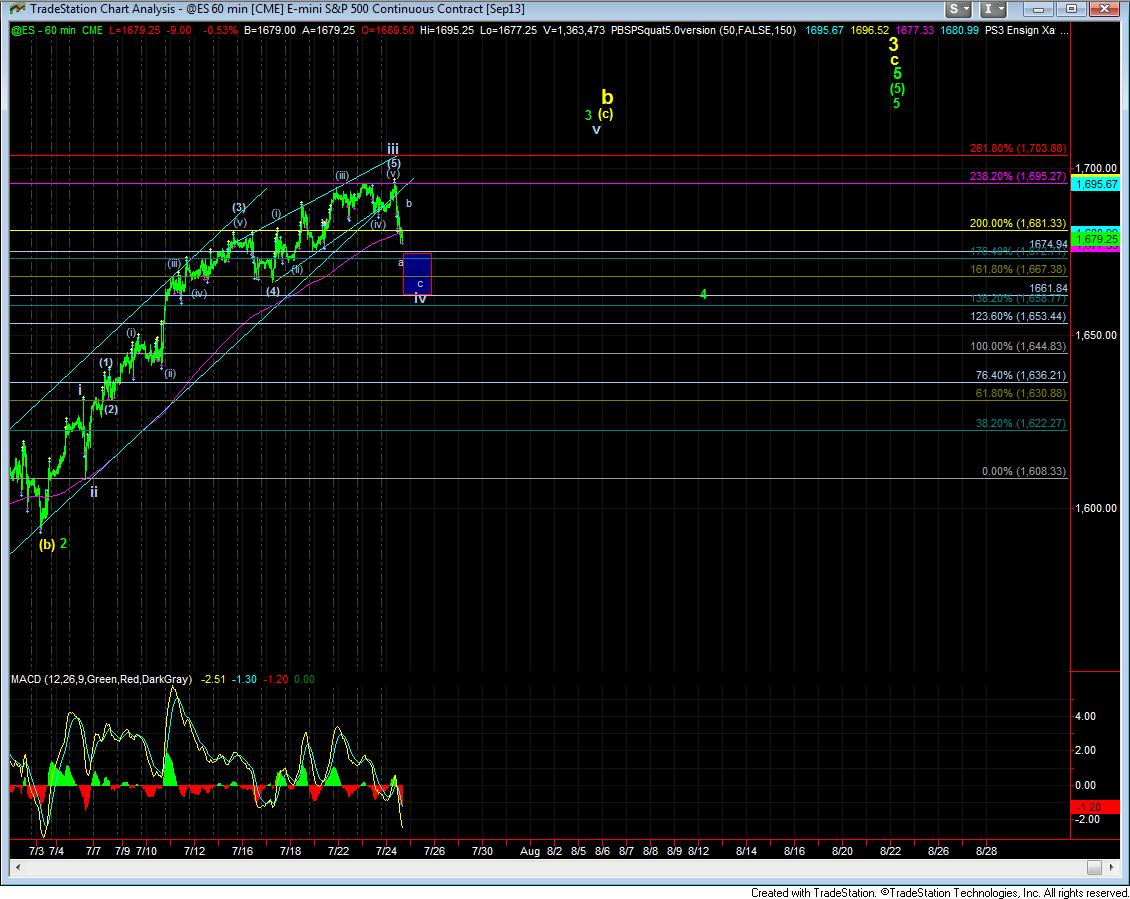