As we said over the weekend, as long as the market maintains over the 2075SPX level for now, we still have a pattern to take us higher.  However, that pattern assumed we were in the heart of a 3rd wave, with wave v of 3 higher still to come.  Yet, the size of this pullback does not lend itself to 3rd wave action.

Clearly, the market will continue higher as long as it does not break support, but the size of this current pullback does have me questioning the count at this time.

Should the market break the 2075SPX level, and take us down to at least the 2071SPX level, that could be very well counted as 5 waves down off the high – based upon the Fibonacci Pinball structure – and set us up for a much bigger decline into later this week, as noted in the red (i)(ii).

So, for now, we are still over 2075SPX, our next higher target region is 2111SPX.  And, until 2075SPX is broken, that is where I am focused.  However, should we break 2075SPX, then we will see if the impulsive structure off the high is maintained, and it will then put pressure on the market to the downside. We will need to take this one step at a time. 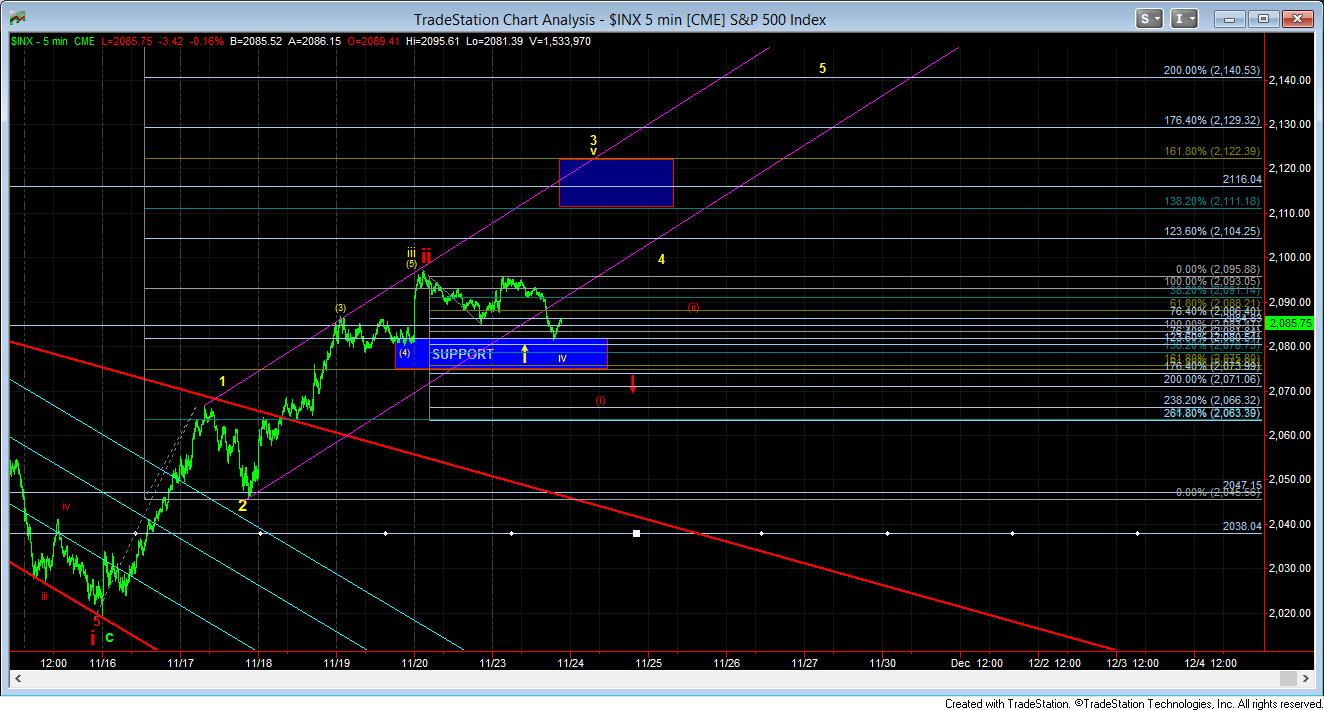