With the continued rally today, one has to really be putting the more bullish scenario as their primary expectation right now.  The question then is how to count this move off the lows.

Ideally, I still want to maintain this as wave (1) of I of 3 - the green count.  That being said, for the pattern to play out appropriately within the two larger degree Fibonacci Pinball patterns that take us to as high as 2500 in 2015, I am going to expect a very deep retracement for wave (2).  This would set the market up for waves (3) (4) and (5) taking us to the 2150 region, which is the .618 extension, and a very bullish target for wave I of 3.  That would means we really need to top in this region today, and not continue higher.

However, should the market continue higher, then my minimum target region for wave I of 3 is the .382 extension, which resides in the 2085 region - the yellow count.  But, I view this as a lesser bullish pattern, as it could mean the difference of wave iii of 3 being 2250, instead of 2320 in the more bullish scenario.  But, do note, both are still quite bullish.

And, clearly, the alternative is that this is a c-wave in a larger degree b-wave - the purple count.  If you look carefully at my 60 min ES chart, you will see that I have adopted the b-wave count presented by Steve, Garrett and Xenia, as it really does fit all markets much better at this time as the count that still has a c-wave lower to be completed before wave 2 is done, even though the triangle is still a possibility in only the ES. The result under all these scenarios would be the same.  However, one cannot even consider this as a strong possibility unless we see the next pullback starting with a clear 5 waves down. 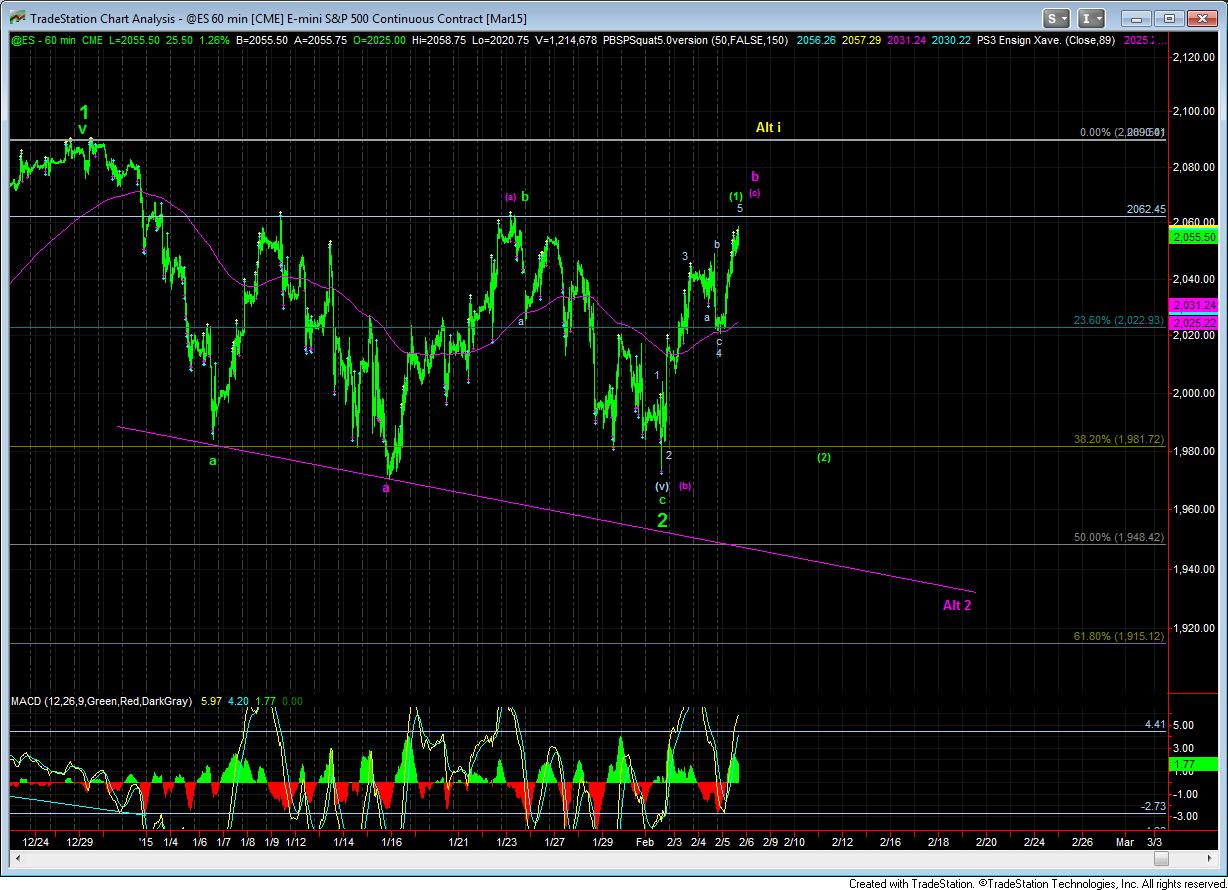