With the further extensions today, the market is truly proving to be quite extraordinary.  Today, the market struck the 3.618 extension off the lows struck on the last day of 2017 in this current micro structure.  Those types of extensions are what we may see in the metals complex, but are truly uncommon when dealing in the SPX.

While yesterday’s 5 minute chart looked for just a little higher for this wave (iii), the market pushed even beyond my micro expectation and further extended.  I have added a micro count for waves 1-5 within wave v of (iii), and as you can see, it too is quite full even within the extensions within the extension.

But, until some support breaks, I cannot reasonably maintain a strong expectation of a larger degree pullback to be in progress just yet.  While we certainly have enough waves in place to support it, the micro structure – even as extended as it is – still seems to need another (iv) (v) before it completes.

One of the other charts that shows this potential even clearer is still the XLF.  As I noted over a week ago, if we were to take out the last high made, it would point to a further extension in the XLF that points us up towards the 29 region in wave (v) of 3.  Currently, the market is within the throes of that structure.  As you can also see from the XLF chart, I am counting this last move similarly to how I have it counted in the SPX, where we still need another iv v before this segment of the rally can potentially complete, and set up a pullback in the market, which, for XLF, would be the wave 4 back towards the 27 region.

While we are clearly dealing with a statistical outlier for this extended move in the market, I still think the XLF chart gives me support to maintain that the current structure is still only completing wave (3) off the February lows, despite how much further it has rallied beyond the standards.  So, as of now, I am still going to maintain that structure.

Ultimately, I still believe this market is going to be headed over the 3000 region, as we have discussed for years.  And, at least at this time, I still do not think we will be heading up to that region in direct fashion without some larger degree pullback.  But, if I see the XLF or the IWM begin to provide us much larger extensions in the coming week, I would have to adopt that potential, as noted in the weekend update 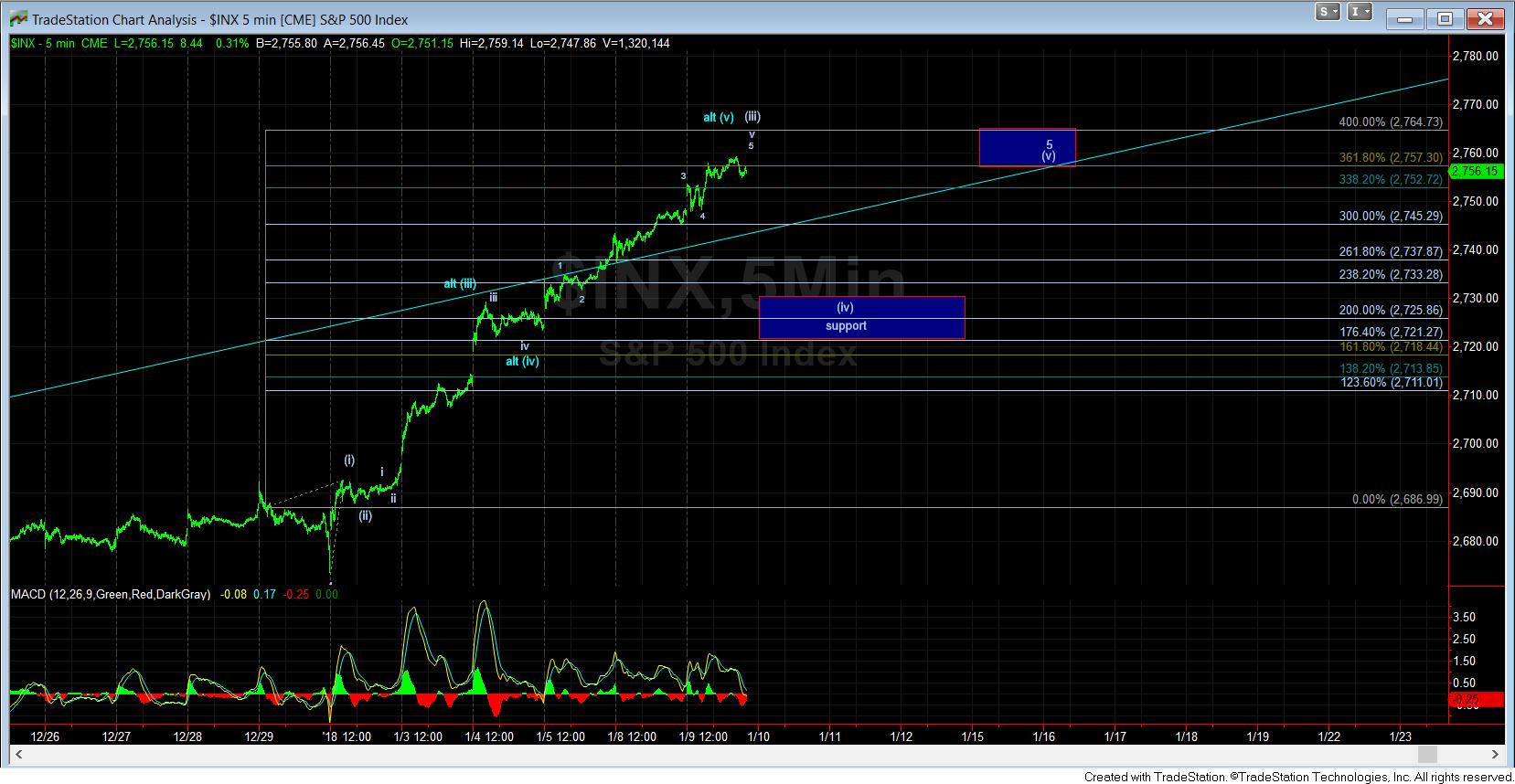