Yesterday, we noted that wave ii had enough waves to consider it completed in the bullish scenario.  With the action we witnessed today, as long as todayâ€™s low holds, a rally to the 2119SPX region would be the next step in our bullish scenario.  That would be the .618 extension of waves i and ii and a common target for wave (1) of iii.

Does that mean I see this as a confident long trade at the moment?  The answer to that question is â€œno.â€  While the action off todayâ€™s high was rather corrective looking, wave ii can continue to head lower to the 2075SPX region.

But, at this point in time, the main reason I am looking up today is due to the lack of clear impulsivity to the downside off last weekâ€™s high.  Therefore,  I would have to be viewing  this market more so from the bullish perspective than the bearish perspective, at least to the 2118SPX region.

So, what would give me confirmation of a move to 2175?  I would need to see all of wave (1) completed, followed by a corrective wave (2), and then a move through the high of wave (1) would have me targeting the 2175SPX region.  Until such time that I see that process take shape, I can still question the markets intention of breaking out, rather than breaking down. 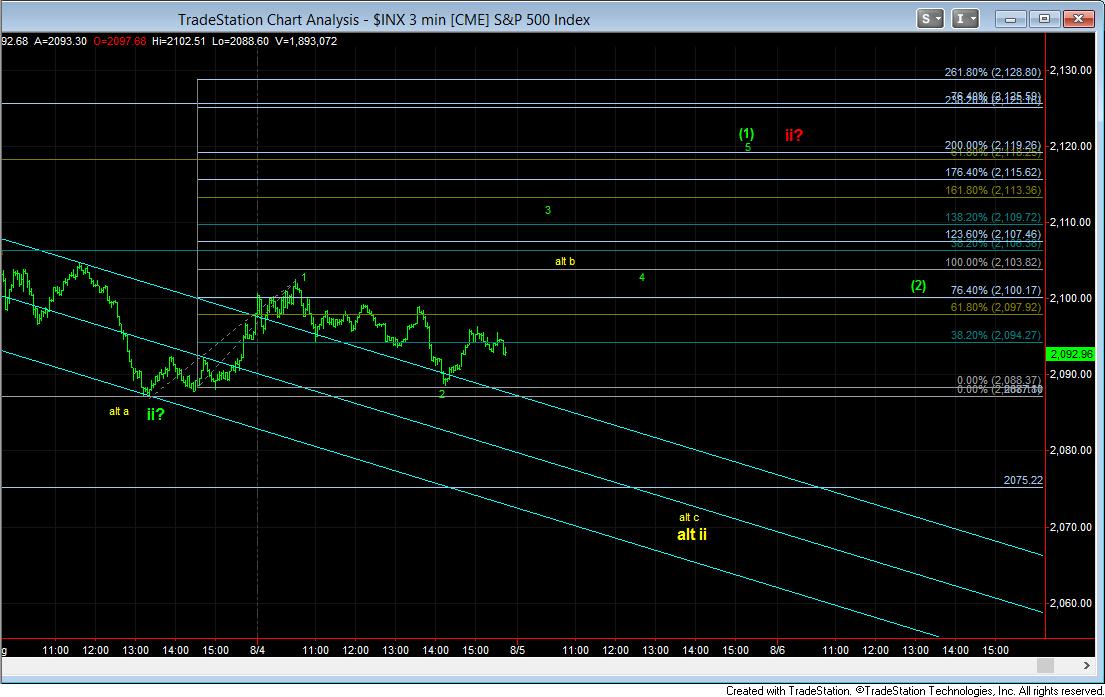 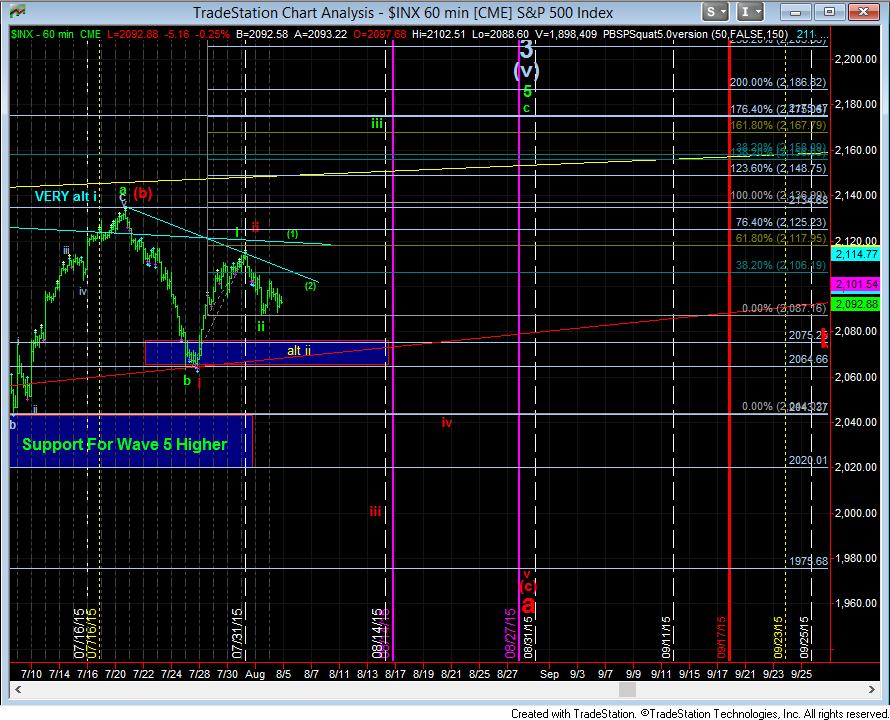