Overall the SPX/ES has not moved much today and we are still trading just under the 100 ext at the 3813 level from the move up off of the 3767 low. As I noted this morning if we can break through this 3813 level followed by a break of the 3825 level we should be on the way to confirming the green count. At that point, we should simply be able to move our support levels up as we follow our impulsive fib pinball guidelines.

If however, we are unable to break through these upper pivot levels and rather break back under the 3776 low it would give us three up off of the lows and give us initial confirmation that we may have topped in the yellow wave b. Further confirmation of this yellow count would then come with a break back below the 3752 level which is the 76.4 retrace of the move up off of the 3729 low.

Now with all of that said I do want to re-post what I noted today in the trading room in regards to the price action between the RUT, NDX and ES as I am finding the movement in these indexes quite interesting.

As long as the RUT is under 2173 it does look more like it is finishing off its pattern and ready to start entering a larger wave 4 consolidation/retrace rather than starting a new larger leg up.  The fact that ES and NDX are still trading under their respective pivots while RUT is breaking out is quite striking. That said because RUT does now have what can be considered a full pattern it would allow for NDX and ES to see those retraces under the yellow ES count and white NDX count while RUT gets a fourth wave pullback.

So as long as the RUT is under 2173 and the ES and NDX are trading under their respective pivot levels I am certainly going to remain cautious here and stay on my toes in the near term. If we can get over the pivots laid out on each of these respective charts then I still expect to get to a point where the NDX and SPX are finally able to start to outperform the action that we have been seeing in the RUT up until this point. For now, however, we are still not quite out of the woods. 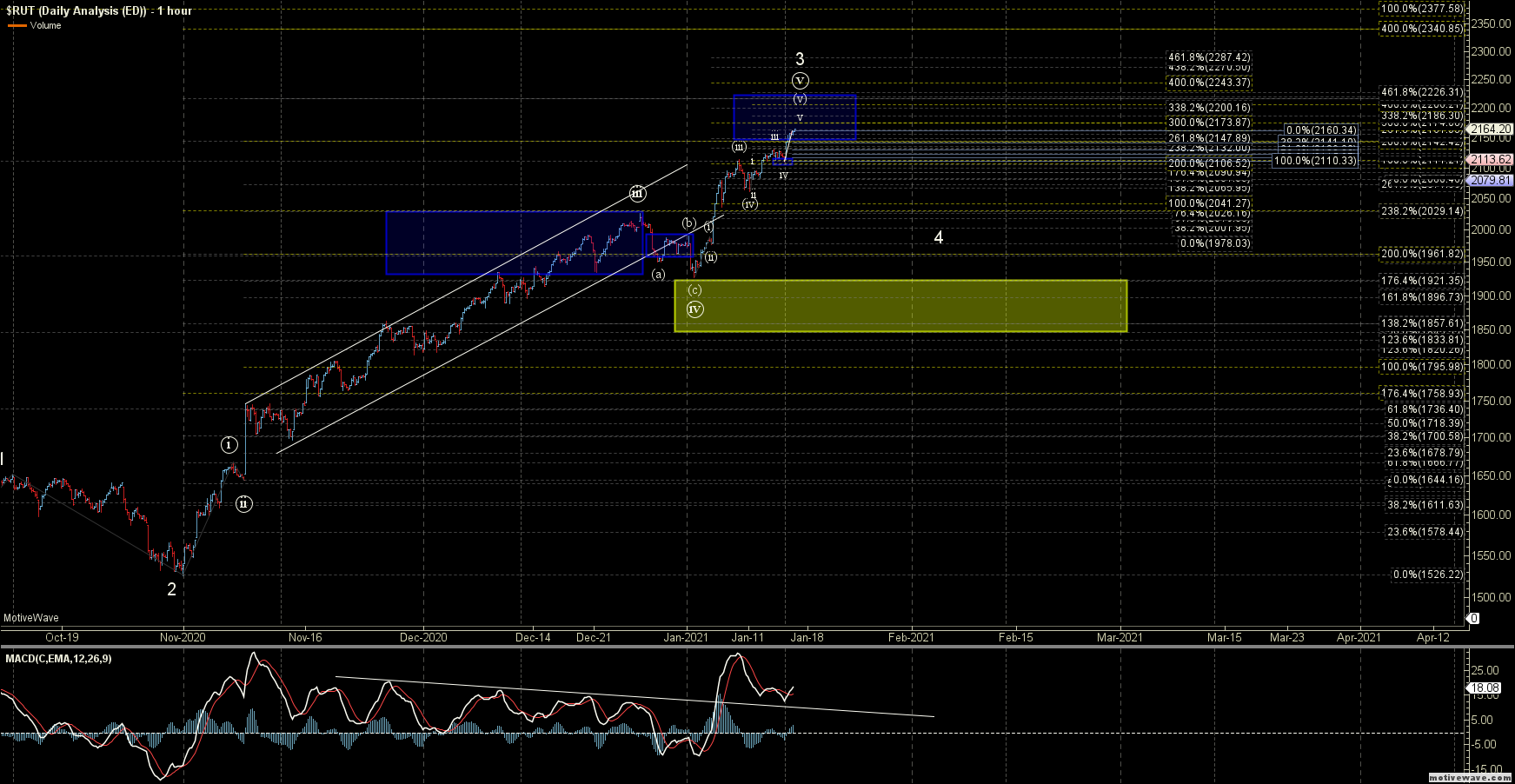 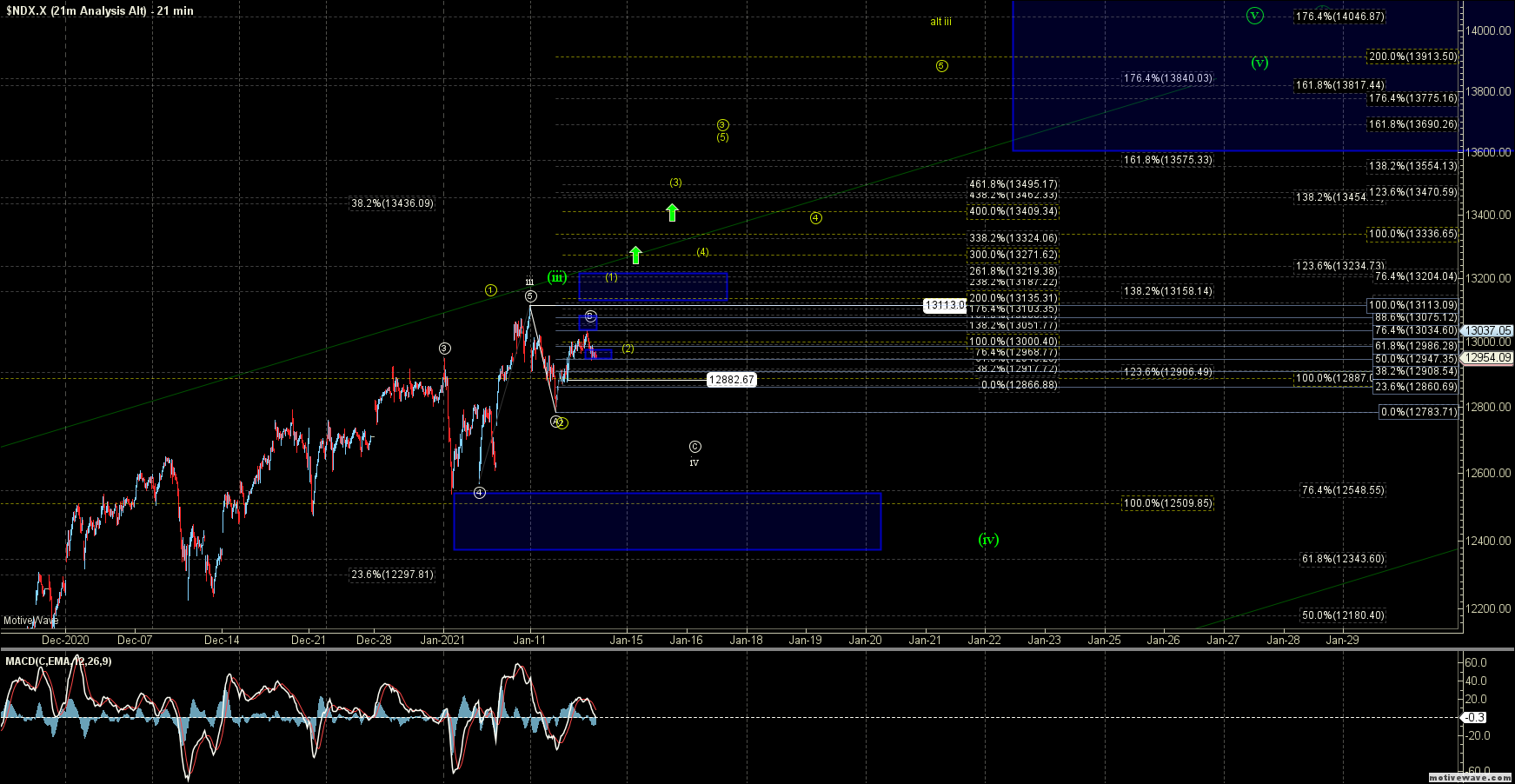 $NDX.X (21 min)
Michael Golembesky is a senior analyst at ElliottWaveTrader covering US Indices, the US Dollar, and the VIX. He contributes frequently to Avi's Market Alerts service at EWT while also hosting his own VIX Trading service.