As I have read many articles over the last year, the one commonality I have seen, other than confusion, is the persistent name calling by both investors and analysts alike.

And, as the market continued to climb, they were all dumbstruck as to how the market could possibly climb when the Covid death rates were increasing and a significant part of the economy was in lock-down. I mean, it would be reasonable to assume the market would crash again based upon all these factors, right?

But, they were all working under the erroneous assumption that the market is a reasonable environment.   The truth is that the market is an emotional environment, and does not care a whit about reasons.  Rather, reasons are what analysts and investors attempt to postulate in order to explain a market move after the fact.  It provides them with an infantile sense of control if they think they understand the reasons for a market move.  But, more mature market perspectives understand that such control is an illusion.

And, when the market did not turn down, but rather continued to scream higher and higher despite all the reasons being proffered by the masses for its inevitable next crash, we began to see analysts and investors calling the market names.  Whether they called the market a “bubble” or “irrational” or “manic” or “risky” or many other names, all they accomplished by their name calling was evidencing their exasperation caused by their lack of understanding of the market environment.  For as Socrates noted, “when the debate is lost Slander becomes the tool of the loser.”

So, when you think about it in an intellectually honest manner, while understanding the reasons for a market move may make for a good article after the fact, it will not prepare you for a major market move before the move actually is seen.  Rather, we need to obtain a better understanding of the emotion which drives the market as opposed to the reasons.

In its simplest form, the market is not terribly hard to understand.  You see, markets do not top because of some bad news.  In fact, we all saw the market scream higher during the spring of 2020 despite some of the worst news being reported.  But, markets top when there is no more money available which can push the market any higher.  So, when we have an exhaustion of buyers during a period of high market sentiment, then we likely have a top being struck in the market.  Therefore, one of the questions we need to ask ourselves is if we are approaching the point of buyer exhaustion.

Based upon some of the information I am seeing, we have a lot of fuel left to drive the market in the melt-up I am expecting in 2021.   This chart sent to me by one of our hedge fund clients was actually put together by our friends at Goldman Sachs: 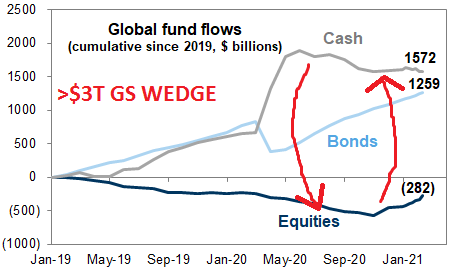 Does this chart suggest to you that we have an exhaustion of market buyers? As you can see, there is plenty of cash sitting on the sidelines which can drive the market to the targets I am expecting in 2021.

So, you have a choice before you for the rest of 2021.   You can either continue with what you were doing that has kept you on the sidelines – or worse, shorting the market – as you continue to call the market names, or you can gain a more mature perspective about the inner workings of the market.

I am still expecting one more pullback in the coming weeks.  As long as the market pullback holds over the 3800/50SPX support, and then rallies through the 4050/60SPX resistance zone, we are likely on our way to 4300SPX in rapid fashion, which will only be a waypoint before we continue higher towards the 4600SPX region later this year.

It is up to you to view the market objectively in order to recognize when the next melt-up phase will take hold.  Should we see the market action I just described above, please do not fight it or call it names.  Simply try to recognize the market clues and align your account with what the market is telling us.

It is your responsibility as an investor to view the market action objectively despite all the contrary news or noise presented around you.  And, that my friends is one of the most difficult lessons that Mr. Market teaches to those who do best within our financial markets.  Oftentimes, you must unlearn that which you have been erroneously taught for decades in order to learn the most profitable lessons Mr. Market has to offer. 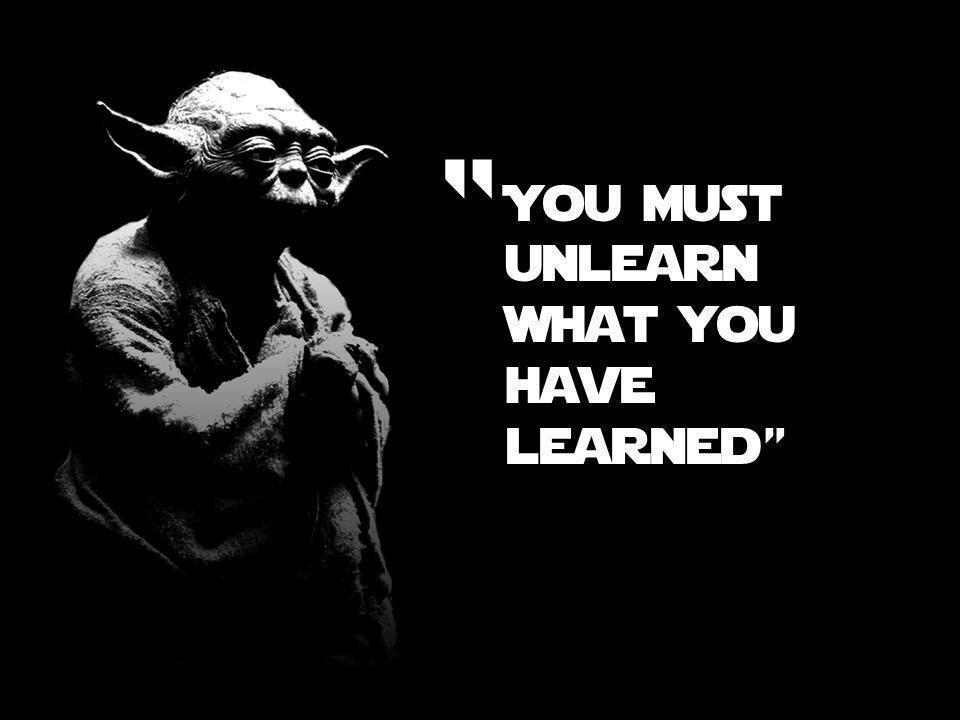