Today the market opened higher again and after consolidating most of the day finally pushed higher in the afternoon session. This push higher has invalidated the potentially nested i-ii (i)-(ii) setup that was in place yesterday afternoon and this morning. We have however not yet invalidated the larger downside setup which is shown in purple on the 10m chart.

So while we did not get the most immediately bearish count to follow-through we do still have a potential impulsive count down off of the 3017 high in play here. We do however still need to see a sustained break back below the 2972 low followed by a break under 2951 to give us further confirmation of a top. As noted yesterday this should then ideally be followed up by a full five-wave structure down towards the 2910-2900 area to give us further confirmation that we have indeed struck a larger degree top. I will re-iterate however that given where we are in the larger degree structure the initial move down does not have to start with a five-wave structure but it certainly would make tracking the subsequent moves much easier.

Now with this break higher today I also have to layout an alternate path higher which I am showing in red. This count would suggest that the SPX bottomed in a wave (iv) last week and has yet another push higher to go prior to topping. This is not my preferred path at this point in time but should we see a break higher the upside fibs I will be watching on this count currently come in at the 3023-3045 zone. 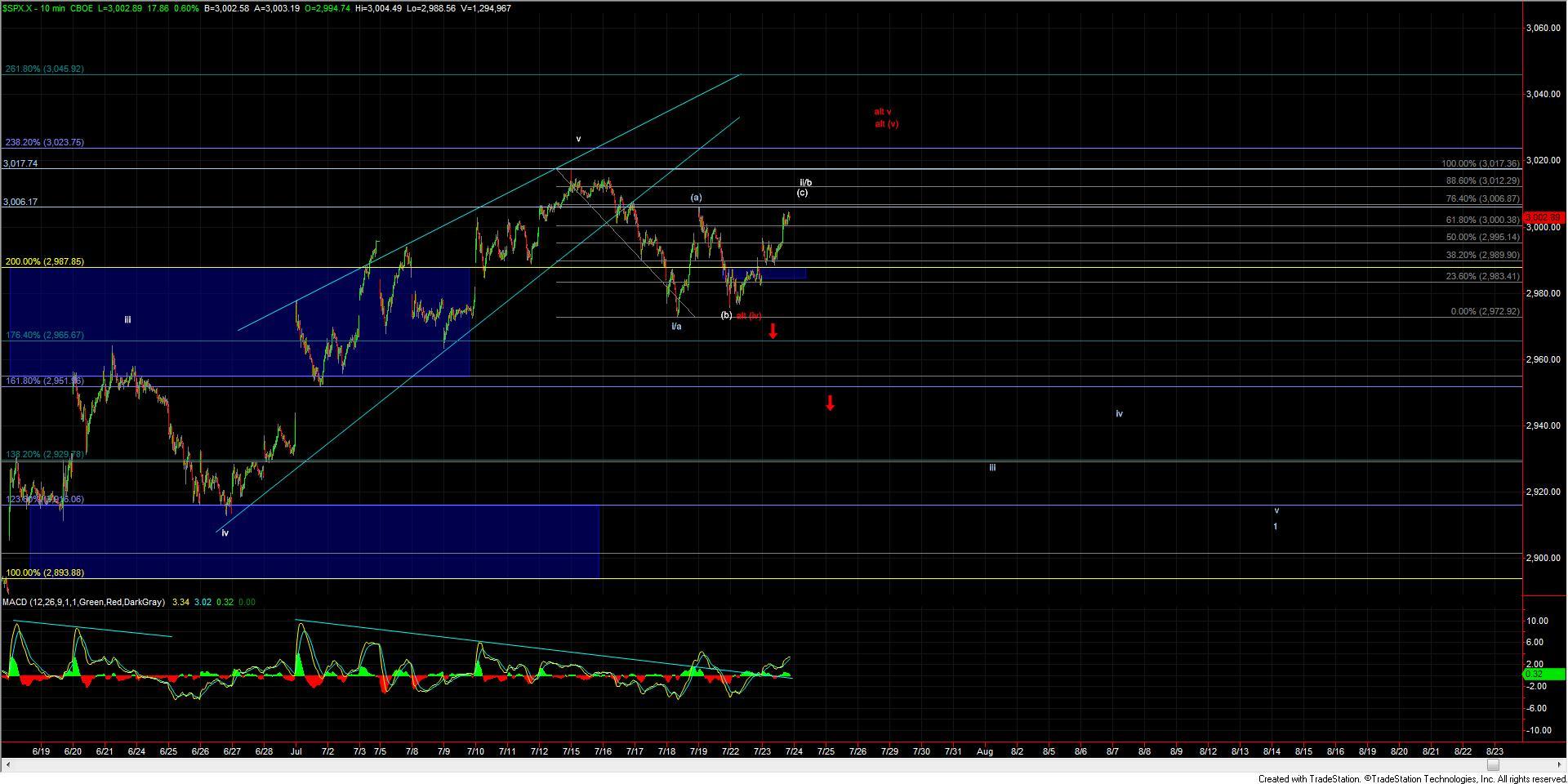 SPX 10
Michael Golembesky is a senior analyst at ElliottWaveTrader covering US Indices, the US Dollar, and the VIX. He contributes frequently to Avi's Market Alerts service at EWT while also hosting his own VIX Trading service.